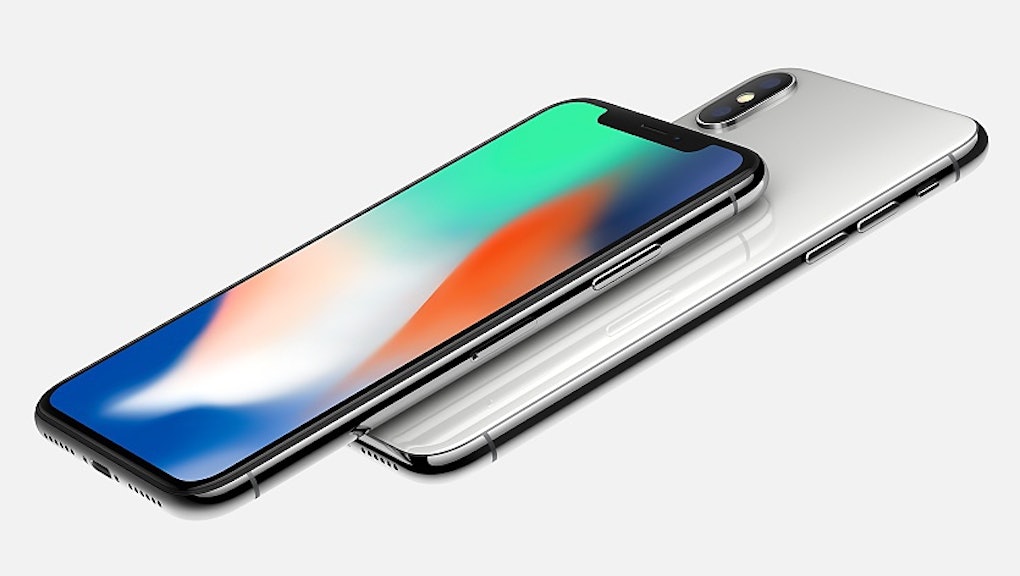 The iPhone X, Apple’s premium new device with a price tag of $999, is replacing fingerprint authorization with face detection: Look into your phone and it will unlock. According to Apple, it works as seamlessly as the fingerprint-based Touch ID (despite that botched onstage demo). And unless you’re Arya Stark, the chances that your face can unlock someone else’s phone is one in a million, says the company.

Apple’s face detection may be better than fingerprint recognition when it comes to securing your data, but one researcher argues that there’s something better than both: your eyes.

Marios Savvides, Carnegie Mellon professor and director of the school’s biometrics center, notes that Apple’s face detection appears thorough, but the face itself doesn’t make for the best password. “Your face is everywhere: online, on social media,” Savvides said in a phone call. “Whether you can spoof it or not depends on the sensor.”

Our faces are also subject to change. “Your lifestyle affects your physical appearance,” Savvides explained. “[You] age. You can grow facial hair. You can put on makeup.” (Apple claims Face ID works despite aesthetic changes like beard growth or eyewear.)

But more accurate and less public is the human iris. “Your face is out there, but your iris is not,” Savvides said. For spoofers to gain a usable image of your eye, “they would have to actively try to capture your iris or find an extremely high-resolution picture of your face.”

Jason Chaikin, president of biometrics company Vkansee, agreed with Savvides. He added that the iris is also a more unique way to identify someone over their fingerprints or face. “The data contained within an iris is only outdone by DNA,” Chaikin said in a phone call. “Apple isn’t just doing facial recognition, it’s doing 3-D facial recognition and using a special camera for it. Even still, irises are more unique than 3-D faces.”

Savvides pointed out that the iris may even be a safer identifier than fingerprints, if only because objects you touch don’t put you at risk. “You don’t leave your iris behind like how you leave fingerprints. You can touch a glass and someone could figure out how to extract a fingerprint.”

Apple’s marketing says that Face ID will be as reliable as Touch ID. The camera uses a dot projector to create an image of your face, an infrared camera to see that image and a flood illuminator to help see in the dark when necessary. Using these, Apple says, the iPhone can reliably unlock itself when it sees you, even if you’re wearing a hat or in low light. You also can’t unlock your device with simply a photo of you, as the scanner requires a face that isn’t static.

The drawback? Iris-scanning tech isn’t quite there yet.

So if iris scanners are safer and more accurate, why isn’t Apple using them?

For one, it could lead to more false rejects — when the phone mistakes its owner for someone else and denies them entry, Chaikin said.

“In order to get a good reading of one’s iris, you have to be in the right place at the right time. Recognizing the iris requires the most optimal conditions.”

Few have tested Apple’s Face ID so far, but the company touts the ability to use the feature even in the dark — a test that iris scanners, and the optimal conditions they require, could fail, experts said.

Savvides mentioned that more high-end iris-scanning solutions could solve this problem — but the tech isn’t small enough yet. “We’ve developed systems that can detect irises from up to 12 meters away,” Savvides pointed out, “which is basically the other room.” These kinds of iris-scanning units, unfortunately, are too big to fit into a cell phone and too expensive.

There are good iris scanners out there, but Chaikin points out it will be a while until the really good ones can be miniaturized and available at a low cost, similar to what we saw happen with fingerprint sensors.

For Apple, Face ID may have provided the best trade-off between success rate and accuracy in an all-screen phone. Though it may not be long before Apple and iris scanner makers see eye to eye.