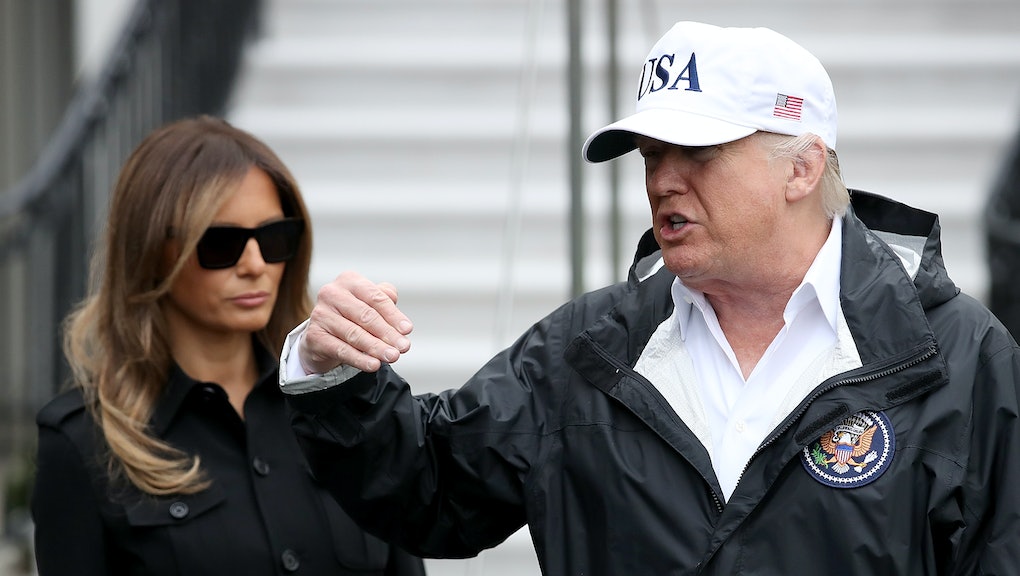 Apparently, bad cell phone service prevented President Donald Trump from immediately giving his condolences to Mexican President Enrique Peña Nieto regarding the victims of a deadly earthquake in his nation.

“Spoke to president of Mexico to give condolences on terrible earthquake,” Trump tweeted Thursday. “Unable to reach for 3 days b/c of his cell phone reception at site.”

Though Trump claimed he had attempted to reach Peña Nieto for three days, the earthquake in question rocked southern Mexico a full seven days ago. According to CNBC, at least 96 are dead and 2.5 million more people are in need of aid following the deadly 8.2 magnitude quake.

Following the twin disasters of the earthquake and Hurricane Katia, which pummeled Mexico’s Gulf Coast on Saturday, the Mexican government announced it would rescind its offer of aid to the victims of Hurricane Harvey in Texas.

“Given these [circumstances], the Mexican government will channel all available logistical support to serve the families and communities affected in the national territory,” the foreign ministry said Monday.

Mexico initially offered aid to Harvey victims in late August, on an evening during which Trump tweeted about building his notorious wall on the border between the two nations.

Nevertheless, Mexico affirmed its support for Texans affected by Harvey.

“[Mexico stands in] full solidarity with the people and government of the United States, as good neighbors should always do in trying times,” the office of the Mexican Consulate General said in an interview with Mic.

Trump’s excuse for why it took so long to get in touch with Peña Nieto came as Washington continuously ratchets up tensions between the U.S. and Mexico, most notably through the president’s insistence that Mexico will pay for the proposed border wall.

According to a recent poll from the Pew Research Center, nearly two-thirds of Mexicans hold an unfavorable view of the United States — a meteoric disapproval rating that has almost doubled since 2015.