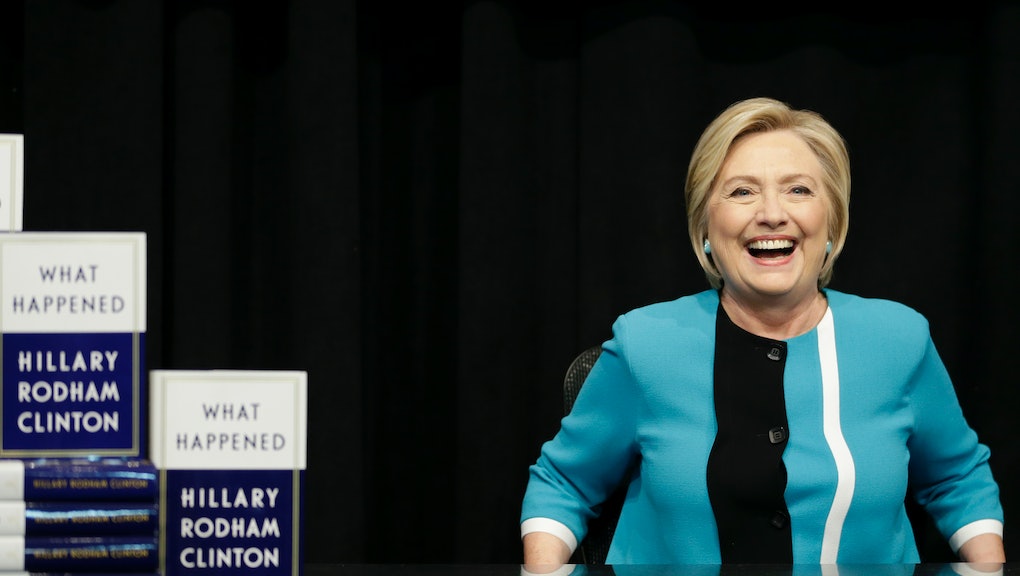 On the latest episode of With Her — the political podcast turned postmortem of her failed 2016 presidential campaign — Hillary Clinton laments the fact that everyone made a huge deal over chief political rival Donald Trump’s severed head but not her own.

According to Clinton, the recent controversy surrounding comedian Kathy Griffin’s photo of herself holding Trump’s disembodied head was no worse than what she was forced to endure as the Democratic nominee for the presidency in 2016 — and yet, she said, the misogyny levied against her has been met largely with silence.

“We recently had this big kerfuffle, this condemnation of Kathy Griffin for the picture she had of herself holding a head of Trump like a play on Perseus holding the head of Medusa,” Clinton said. “They were selling T-shirts and mugs at the Republican [National] Convention with Trump holding my head. Nobody said a word. Not a word!”

There’s no doubt that Clinton was confronted with an onslaught of sexist merchandise during her time on the campaign trail. One shirt depicted her falling off the back of a motorcycle that was driven by Trump whose cutoff vest was emblazoned with the words, “If you can read this, the bitch fell off.” Whether or not any of the items featured her severed head, however, remains unclear.

“I’ve always just sucked it up,” Clinton said of the misogyny she has been forced to endure during her time as a public servant. “I sucked it up in ’08 when some really unpleasant things happened to me, and I sucked it up in the 2016 campaign when I was called names and things were said and done to me.”

Clinton’s claim comes on the heels of similar comments made during the press tour for her newly released book, What Happened, which drew criticism for blaming voters, rather than her own campaign’s misfires, for her 2016 election loss.