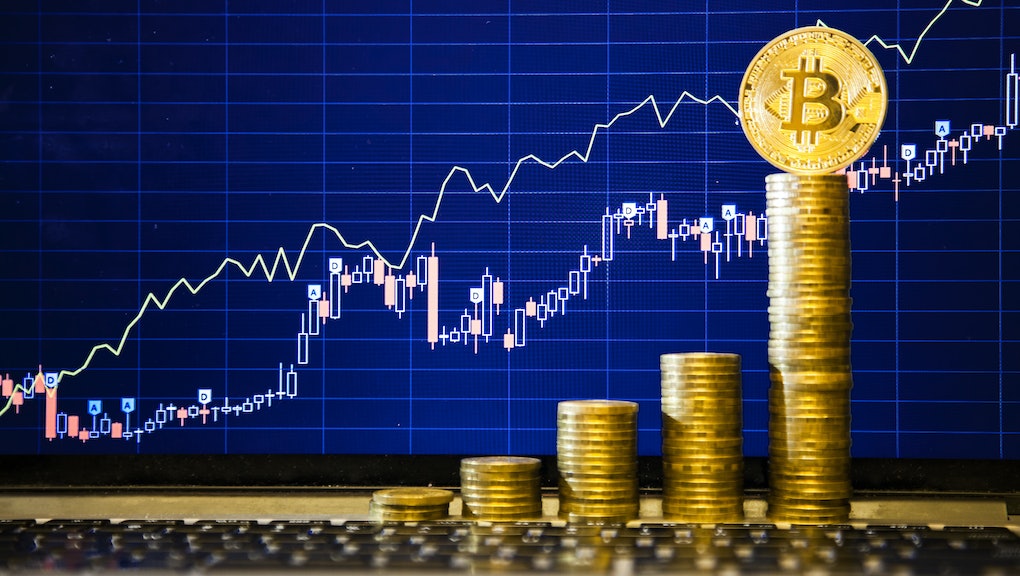 Bitcoin price history: What triggered the drop in value and whether analysts predict it will recover

It’s been a more tumultuous month than usual for digital currencies, creating ever-greater fears that bitcoin is in a bubble: That’s when investors wildly bid up the price of an asset without regard to its underlying value. J.P. Morgan Chase CEO Jamie Dimon said as much Tuesday at an investing conference hosted by CNBC and Institutional Investor — where he called it a “fraud.”

That language might be a little strong, analysts said, but it’s true bitcoin is far from an established vehicle for your money: The “reason we’re seeing volatility is that bitcoin is just a very speculative asset,” said Jeff Reeves, director of content and executive editor at InvestorPlace. “It’s not something that is widely adopted on a consumer level. So if businesses and consumers haven’t adopted it but investors have, that’s one of the hallmarks of a bubble.”

Just how bad was the past month? Bitcoin prices briefly topped $5,000 per coin Sept. 1, according to Coinbase. As of Friday afternoon at 3:15 p.m. Eastern, bitcoin had dropped almost a third of its value, trading around $3,500 per coin, according to Coin Market Cap.

That means if you were unlucky enough to buy a little bitcoin with your end-of-August paycheck, you’d be out more than a quarter of your investment over a period of just two weeks. At one point Thursday evening, all 10 of the largest digital currencies had fallen by anywhere from 18% to 34%. On Twitter, BloombergTV’s Joe Weisenthal dubbed it a “crypto slaughter.”

There’s a few reasons why the price of digital currency is falling, not least of which is how high prices got in the first place.

Bitcoin mania has started to attract some extremely high-profile critics as of late, including Nobel laureate Robert Shiller and J.P Morgan’s Dimon. On Wednesday, the sharp-tongued banking executive said “someone is going to get killed” as a result of the cryptocurrency.

But an arguably bigger source for all the pessimism is the Chinese government, which began taking a series of steps Sept. 4 to reign in cryptocurrencies by banning the practice of initial coin offerings. Essentially, ICOs are a form of crowdfunding by which entrepreneurs sell newly invented digital coins to raise money for their businesses.

Then again, China’s crackdown has less to do with bitcoin than with generally risky investing habits, Martin Chorzempa, a research fellow at the Peterson Institute of International Economics who focuses on financial technology and China, said in a phone interview with Mic. He said the Chinese government is increasingly concerned about inexperienced retail investors being duped. Another hot sector, peer-to peer-lending, was the subject of a regulatory crackdown earlier in 2017.

“They’re worried about financial risk and speculation,” Chorzempa said. “After a Ponzi scheme, all the people who are victims are protesting in front of your office. If you’re a Chinese official, that’s your biggest nightmare. You might never get promoted.”

Bitcoin proponents are unworried about the latest developments, perhaps because they’re used to these ups-and-downs in the market. To the contrary, Erik Finman, a bitcoin investor Mic profiled in July, said he was using lower prices as opportunity to buy more.

“It was also kind of rising up too fast and needed a little dip,” Finman said. “So I think if you didn’t have the [Jamie Dimon] thing and the China thing, you would have had a dip anyway.”

Still, whether it’s Wall Street skepticism or Chinese regulatory reform that’s dragging bitcoin down, it will be years — or even a decade — before digital currency investing becomes stable enough for the faint of heart, Reeves said.

Until then, here’s Mic’s guide to lower-risk ways of investing your hard-earned cash — unless you’re completely comfortable losing 25% or more of your investment in a matter of days, that is.