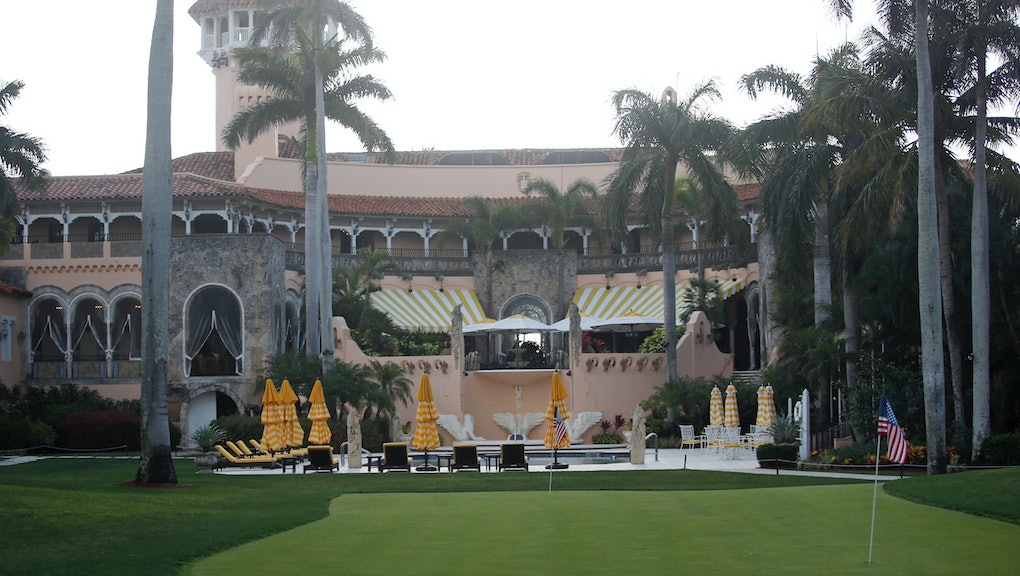 The U.S. government paid $1,092 for an official to stay at Mar-a-Lago during one of President Donald Trump’s trips there in March, according to documents obtained by the advocacy group Property of the People.

The National Security Council paid the full rate of $546 per night for the unidentified official’s two-night stay at the so-called “Winter White House” on March 3 and 4, the documents — which the Washington Post reported Friday — showed.

The government’s payment to Trump’s private Florida resort comes as the president faces longstanding concerns about his conflicts of interest — and, according to Property of the People’s Operation 45 project, “constitutes a direct, profitable payment from a U.S. government agency to a business personally owned by Donald Trump.”

“This is strong evidence of a violation by President Trump of the Domestic Emoluments Clause of the U.S. Constitution,” the group said.

Trump has been repeatedly accused of violating the domestic emoluments clause, which stipulates that the “president shall, at stated times, receive for his services a compensation which shall neither be increased nor diminished during the period for which he shall have been elected, and he shall not receive within that period any other emolument from the United States or any of them.”

Trump placed his businesses in a trust operated by his sons, Donald Trump Jr. and Eric Trump, when he took office, but can apparently withdraw funds and assets from it whenever he wants.

That’s led to allegations from critics that Trump is profiting off the presidency, with his properties — including Trump Tower in New York — frequently at the center of those allegations.

Mar-a-Lago came under scrutiny shortly after Trump’s inauguration when it was revealed the Palm Beach club had doubled its membership fees from $100,000 in 2016 to $200,000 in 2017. Then, in April, the State Department took heat for effectively promoting the president’s resort on its websites.

Trump has also been chastised for his frequent, taxpayer-funded trips to the resort, where he’s hosted Chinese President Xi Jinping and Japanese Prime Minister Shinzo Abe. During the latter’s visit, Mar-a-Lago members had a front-row seat as Trump and his Japanese counterpart dealt with a North Korean missile test in the club’s members-only dining area.

The Trump administration on Friday released the names of 22 people related to Abe’s February visit, but refused to provide ethics watchdogs with the full visitor logs they’d requested via the Freedom of Information Act.

“The remaining records that the Secret Service has processed in response to the Mar-a-Lago request contain, reflect or otherwise relate to the president’s schedules,” the Department of Justice wrote to the Citizens for Responsibility and Ethics in Washington. “The government believes that presidential schedule information is not subject to FOIA.”

CREW and other groups in April filed a lawsuit against the government requesting the resort’s visitor logs after the Department of Homeland Security refused to respond to FOIA requests. A judge ruled in the plaintiffs’ favor this summer, ordering the administration to provide all Mar-a-Lago records from Jan. 20, 2017, to March 8, 2017.

In a statement Friday, CREW executive director Noah Bookbinder said the organization “vehemently” disagreed with the government’s position and vowed to fight the administration again in court.

“The government seriously misrepresented their intentions to both us and the court,” Bookbinder said. “This was spitting in the eye of transparency.”