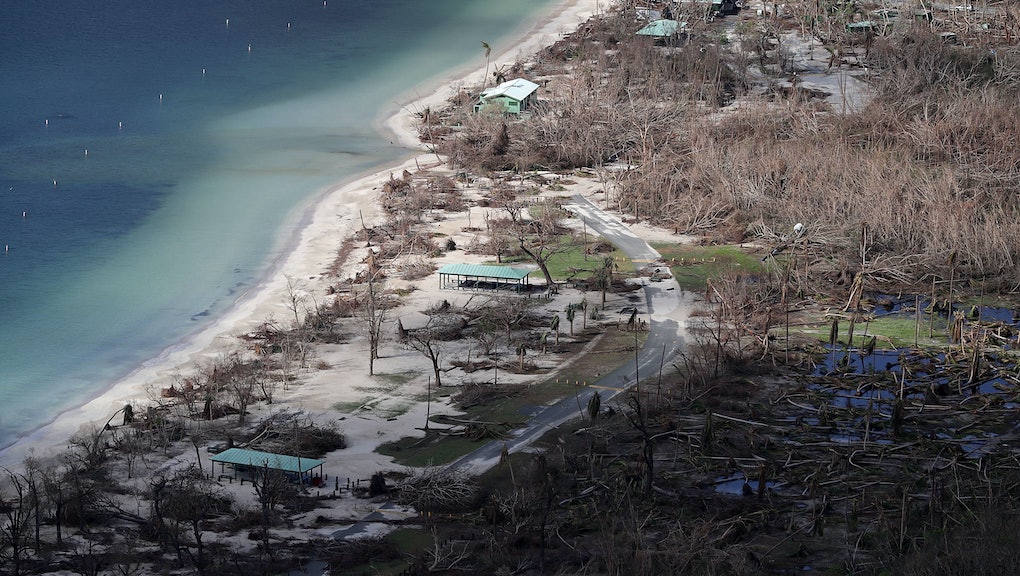 Less than two weeks after Hurricane Irma ravaged islands throughout the Caribbean, the area is bracing for yet another storm: Hurricane Maria.

Maria — currently a Category 3 hurricane — is rapidly gaining strength as it nears the Caribbean, the National Hurricane Center reported Monday morning. The NHC predicts “rapid strengthening” over the next 48 hours, forecasting that the storm will become a “dangerous major hurricane” by the time it makes landfall on the Leeward Islands.

Here’s what to know about the next storm of this hurricane season.

Maria is currently expected to head northwest through the Caribbean toward the Bahamas, according to the NHC.

The center of the hurricane is expected to make its first landfall late Monday across the Leeward Islands, before passing through the northeastern Caribbean Sea Tuesday, the NHC reported Monday morning. The storm will then approach Puerto Rico and the Virgin Islands on Wednesday.

Those in the storm’s path can expect hurricane force winds, along with life-threatening surf and rip current conditions and total rain accumulations of six to 12 inches. Rainfall of up to 20 inches is possible in parts of the central and southern Leeward Islands, the NHC noted, while islands further to the north, such as Barbuda and Anguilla, are expected to only receive total rain accumulations of two to four inches.

Maria in the wake of Hurricane Irma

Though Hurricane Maria is expected to take a path further south than Hurricane Irma, the New York Times noted, Caribbean islands still reeling from Irma’s devastation are preparing to take another hard hit.

“I don’t think that anybody is emotionally prepared for it,” Cruselda Roberts, a real estate agent in the U.S. Virgin Islands, told the Times. “But we’ll do our best.”

In addition to the Virgin Islands, where eight were killed in Hurricane Irma, other islands that took a hit from Hurricane Irma and are now in Maria’s path include Anguilla, St. Martin and St. Barthelemy, which recently narrowly avoided Hurricane Jose.

Puerto Rico was spared a direct hit from Hurricane Irma, though the storm left 70% of the island’s population without power. As Maria approaches, however, the U.S. territory is gearing up for the worst.

“This storm promises to be catastrophic for our island,” Ernesto Morales of the U.S. National Weather Service in San Juan told the Chicago Tribune. “All of Puerto Rico will experience hurricane force winds.”

Even areas hard hit by Irma — such as Barbuda, where 90% of the island’s buildings were destroyed — that are expected to avoid a direct hit from Maria will still feel the storm’s effects, the New York Times noted. The tropical storm conditions may hamper the islands’ recovery efforts from Irma, bringing additional damage and potential flash floods.