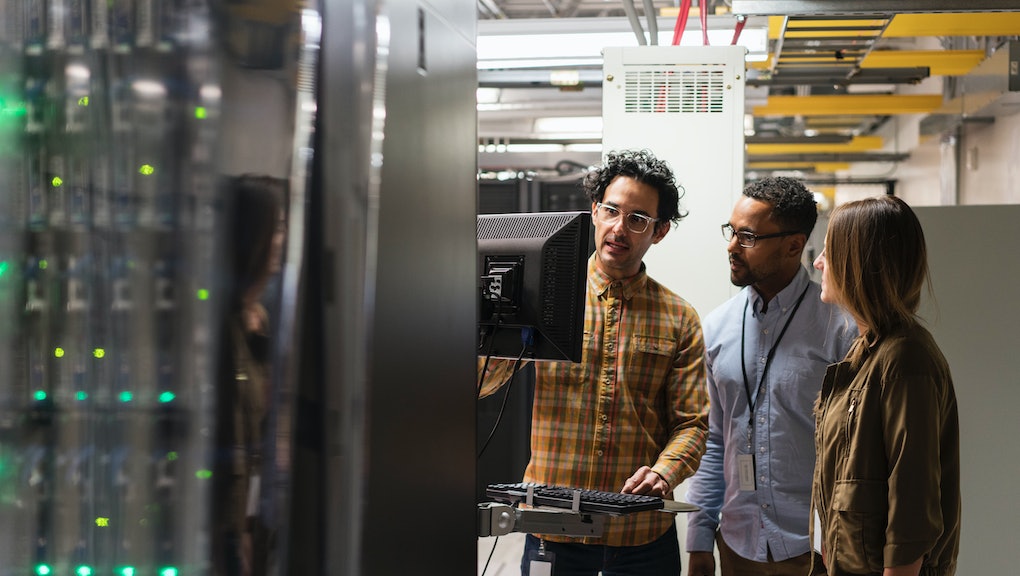 #UnqualifiedForTech: This viral hashtag is exposing how the tech industry rewards white privilege

The tech industry’s diversity problem is no secret. From Apple to Facebook, the giants of Silicon Valley simply can’t recruit a workforce that represents the array of people who use their products.

There are several possible reasons why. Unconscious bias, for example, can affect how candidates are judged before they even walk in the door. The industry, however, likes to blame the pipeline — the supposed lack of qualified and available candidates who aren’t white men.

One engineer, Alice Goldfuss, has a strong critique of the proverbial pipeline — and a trending hashtag, #UnqualifiedForTech, to back it up.

“A white man can stumble himself into a tech job or apply a little elbow grease to get hired,” she tweeted early Monday. “A white woman must crawl up a mountain, ducking hiring/promotions obstacles as she goes. But [people of color]? Basically NEED a [computer science] degree to get considered.”

The hashtag began with this tweet Sunday afternoon explaining Goldfuss’ qualifications and where she works now.

The Twitter post got a flood of responses, many from people offering similar stories. Many of the responders said they work in tech but majored in something unrelated. Some folks said they didn’t graduate college at all.

“I was inspired to start #UnqualifiedForTech after constantly reading about Equifax’s chief information security officer being unqualified for her position due to her music degree,” Goldfuss said in a Twitter direct message. “As someone who has a degree in film but takes great care in her work as an engineer, I was sick of seeing someone’s career reduced to such a binary comparison.”

Goldfuss said she was taken aback not just by the volume of responses, but the racial makeup of those who chimed in. As some users pointed out, the majority of the thread appears to be white people talking about the success they’ve seen without a related (or any) degree. Many respondents were white — not exclusively, but overwhelmingly.

Twitter aside, statistics show that black and Hispanic people make up a small percentage of companies in the tech sector: 7.4 to 14.4% for black employees and 8 to 13.9% for Hispanic employees, according to the Equal Employment Opportunity Commission. For white workers, that number is between 63.5 and 68.5%. The numbers are even more unequal at the tech industry’s executive level, which is 83.3% white, 2 to 5.3% black, 3.1 to 5.3% Hispanic and 10.6 to 19.5% Asian-American. At top Silicon Valley tech firms, less than 1% of executives are African-American, according to 2014 data.

“Good hiring tries to eliminate bias, but it will always be easier to get hired when the interviewer identifies with you,” Goldfuss tweeted. “And for [people of color], sometimes the only thing they can use to establish that rapport is a technical degree. [It takes] a pile of technical degrees, accreditations and accomplishments to get their interviewers to ignore ingrained bias.”

“Good hiring tries to eliminate bias, but it will always be easier to get hired when the interviewer identifies with you.”

Some studies have shown tech degrees aren’t helping put black and Hispanic people in tech positions. What’s more, if they do get a job, they may leave for one of many reasons.

Meanwhile, the hashtag responses suggest that white employees can more easily make up for their lack of credentials by being a “cultural fit.” Those who aren’t part of that culture have to be twice as good. At the very least, they need a computer science degree to even get in the door.

What the tech industry needs to do

Initiatives like Black Girls Code and Code2040 go out of their way to address this problem by offering black and Hispanic students of many age groups skills that will help them secure tech jobs. But the real solution lies not only in hiring diverse talent, but doing so in the company’s early stages, as people like Black Girls Code CEO Kimberly Bryant have pointed out. Inclusion is the next step: Companies can offer internal programs and opportunities to make sure hires stick around and can find paths upward.

“If a [person of color] made it into tech without a technical degree, it’s much more risky for them to admit it publicly,” Goldfuss tweeted. “Use #UnqualifiedForTech as a launchpad for hiring unconventional employees. But make sure you’re giving EVERYONE the benefit of the doubt. Not just the people who look like you.”

“I was surprised at the amount of respondents who were white, but I shouldn’t have been,” said Goldfuss. “That type of mobility is a definite mark of privilege.”