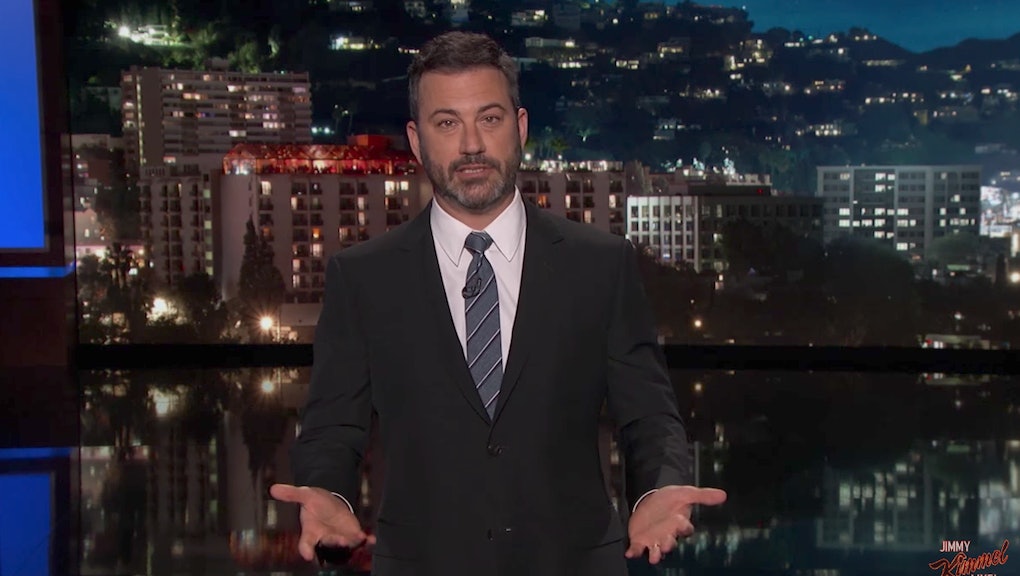 In May, Republican Sen. Bill Cassidy of Louisiana appeared on Jimmy Kimmel Live! to propose a litmus test to measure the compassion — if not the budgetary impact — of any congressional health care proposal. He called it the “Jimmy Kimmel Test,” a nod to the late night host’s impassioned plea to Congress following life-saving surgery on his newborn son’s congenital heart defect.

“A few months ago, after my son had open heart surgery ... a senator named Bill Cassidy from Louisiana was on my show and he wasn’t very honest,” Kimmel said, referencing Cassidy’s appearance on the show. “He said he would only support a health care bill that made sure a child like mine would get the health coverage he needs, no matter how much money his parents make.”

For his part, Cassidy dismissed Kimmel’s invective on the bill as the comedian’s personal failure to understand what the Senate Republicans’ health care proposal actually does, but the damage had been done: Kimmel’s excoriation of the health care bill and its co-author immediately went viral, quickly climbing to the peak of YouTube’s highest trending videos, garnering tens of thousands of retweets and sparking widespread media coverage of the late night host’s latest rebuke of Republican health care reform.

But the late night funnyman’s criticisms weren’t just broad brush condemnations of the bill — wading into slightly wonkier waters, Kimmel brought in some actual numbers to his rebuke of the bill, asserting as fact the assertion that about 30 million Americans will lose their health insurance under Graham-Cassidy.

Kimmel’s number comes from an analysis by the Center on Budget and Policy Priorities, a liberal think tank that called Sen. Cassidy’s proposal “draconian.”

“The Congressional Budget Office has previously estimated that repeal-without-replace would cause 32 million people to lose coverage,” the CBPP wrote. “The Cassidy-Graham bill would likely lead to greater numbers of uninsured after 2026.”

Throughout the unified Republican government’s 2017 efforts to repeal the Affordable Care Act, the CBO, a nonpartisan federal agency, has armed the American people with the closest thing they have to an objective measure of the bills’ impact — any reasonable person could cite its assessment without fear of playing partisan.

But the looming Sept. 30 deadline for Congress to pass Graham-Cassidy gives the CBO inadequate time to determine the impact of the bill in ways that matter to the average American: what it will do to their premiums; whether they will be able to keep their insurance under it.

While the American people may not have the CBO to help them hold lawmakers accountable for Graham-Cassidy, what they have instead is the one person to whom Cassidy decided his bill must be held accountable.

His score is in — and it doesn’t bode well for Republicans’ fifth time at the plate.