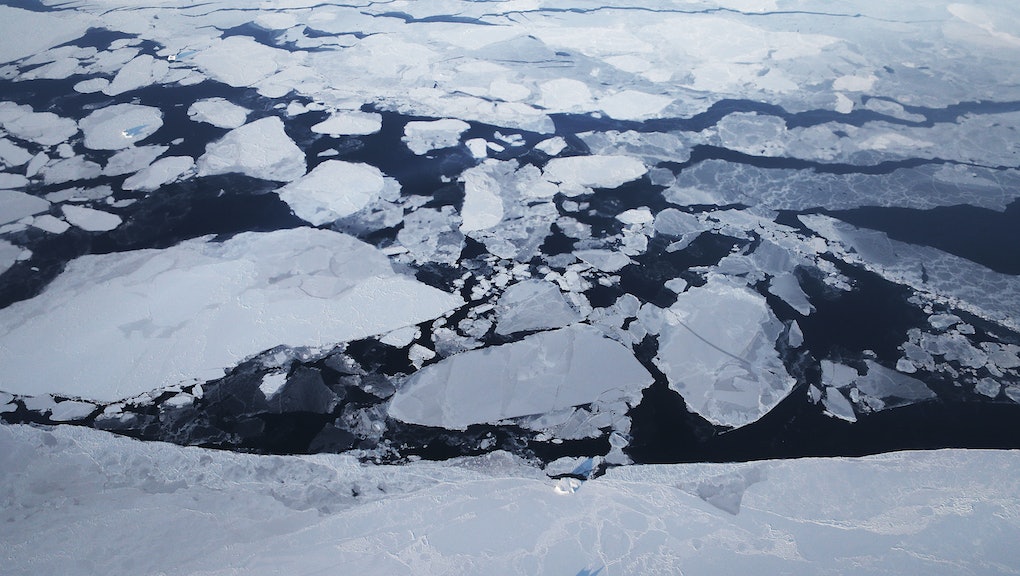 It was another tough year for the planet’s air conditioner.

The Arctic sea ice, which helps cool the globe, plunged to a minimum extent of 4.64 million square kilometers in 2017 — the eighth-lowest seasonal level in almost four decades of records, according to a preliminary report out Tuesday from the National Snow and Ice Data Center.

Each spring and summer, the layer of ice blanketing the Arctic Ocean and surrounding region shrinks with warmer temperatures before thickening up again through the colder months of autumn and winter. The lowest level of the ice cap in a year is called the minimum extent, and the highest level is its maximum extent.

“The weather conditions have not been particularly noteworthy this summer,” Parkinson said. “The fact that we still ended up with low sea ice extents is because the baseline ice conditions today are worse than the baseline 38 years ago.”

The new data about the Arctic ice cap comes amid a spate of powerful storms that have thrust climate change once more to the forefront of the public discourse.

As University of Washington’s Sarah Myhre noted in the Stranger on Tuesday, “the severity and size of tropical storms are connected to climate change,” providing the “context” for deadly storms like Harvey, Irma and now Maria. Further, a study in the journal Nature Climate Change published online in 2013 found a relationship between the decline of the Arctic ice cap and “extreme events” elsewhere in the Northern Hemisphere.

Meanwhile, the Trump administration and its Republican allies in Congress have sought to stand in the way of research that could help explain the impact of global warming on weather and, as portions of the United States continue to be battered by hurricanes, insist that now is not the time to talk about climate change.

“To have any kind of focus on the cause and effect of the storm, versus helping people — or actually facing the effect of the storm — is misplaced,” Environmental Protection Agency Administrator Scott Pruitt told CNN in the wake of Hurricane Irma. “To use time and effort to address it at this point is very, very insensitive to this people in Florida.”

Pruitt on Tuesday acknowledged that the “climate is always changing” and that “humans contribute to it in some way,” but expressed skepticism about the extent to which those changes pose a threat and suggested further debate.