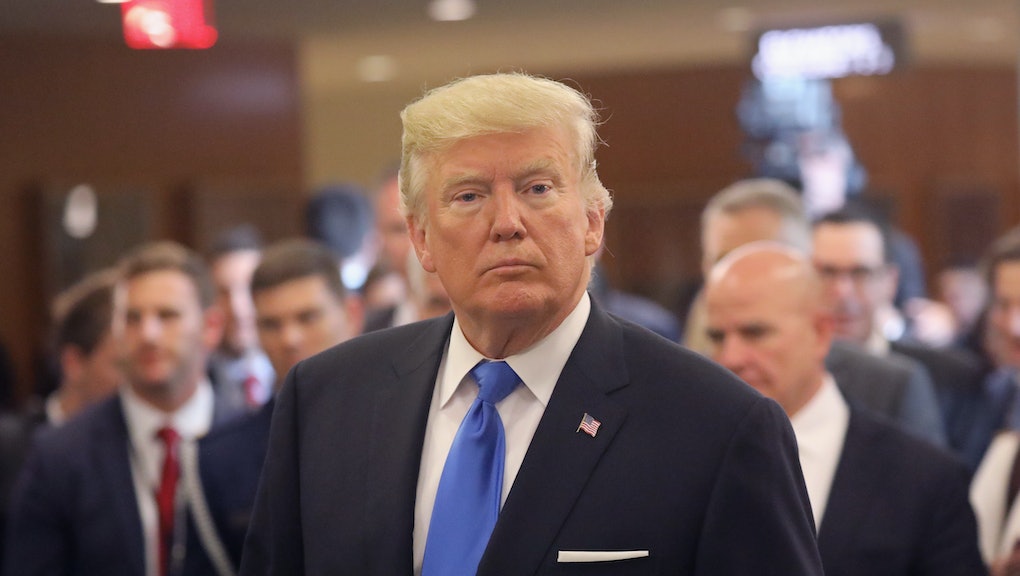 Poll: One thing most Americans like about Trump is his decision to work with “Chuck and Nancy”

After months spent slamming congressional Democrats as “obstructionists” with “no message,” President Donald Trump surprised the American people by working with Democratic leaders on key issues ranging from raising the debt ceiling to protecting recipients of the recently rescinded Deferred Action for Childhood Arrivals program.

Now members of the president’s own party have yet another reason to fear that their leader may “[fall] into the arms” of the opposition: The American public seems to love it when Trump sides with “Chuck and Nancy.”

According to a new poll released by the Wall Street Journal and NBC News on Thursday, more than 70% of American adults approve of Trump’s bipartisan dealings with Democratic leaders Chuck Schumer and Nancy Pelosi in reaching a deal to keep the government open for 90 days and provide hurricane relief to victims of Harvey and Irma.

In a presidency beleaguered by record-shattering unfavorables, the scoring on Trump’s work with Democrats represents one of the president’s highest approval ratings on any decision he has made since inauguration.

However, it’s also the only “A” on an otherwise dismal report card. The same poll found that only 25% of American adults approve of his decision to pardon Sheriff Joe Arpaio, 24% approve of how his administration has handled the environment and climate change and — in his lowest score — 20% of Americans approved of Trump’s handling of the white supremacist violence in Charlottesville.

Those numbers don’t bode well for his Republican Congress.