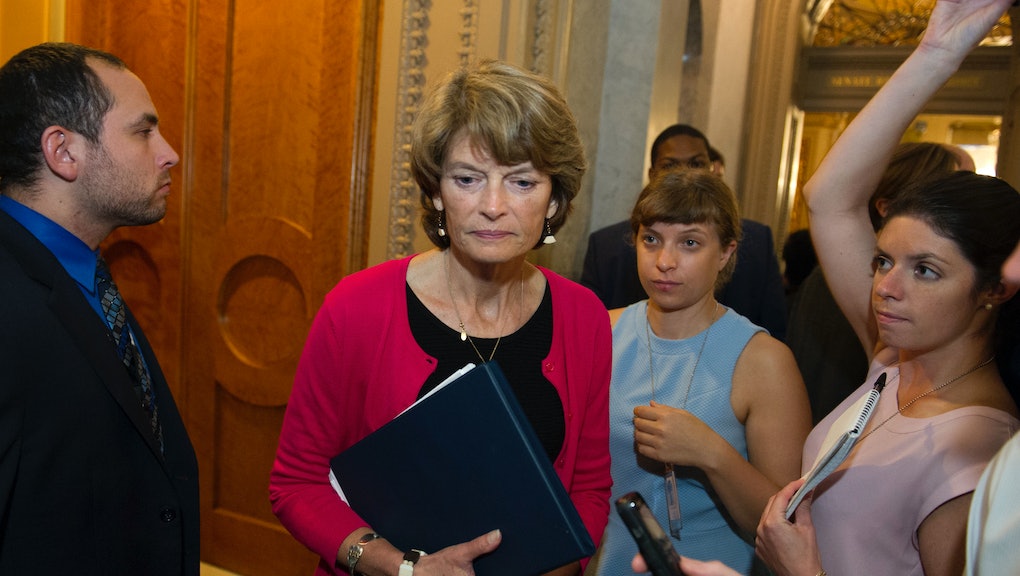 Republicans have a new strategy to try and get apprehensive senators on board with their latest health care bill — handouts.

According to a new report in Politico, the Republicans may strike a deal to shield as many as five rural states from the Medicaid cuts in the Graham-Cassidy health care bill.

The states being considered are Wyoming, South Dakota, North Dakota, Montana and Alaska — all of which are historically Republican or Republican-leaning states. Several analyses of the bill have showed that the new plan would shift federal dollars from states that expanded Medicaid as part of the Affordable Care Act — mostly blue states — to those states that refused.

The inclusion of Alaska is perceived to be an attempt to garner support for the bill from reluctant Alaska Republican Sen. Lisa Murkowski, who cast a key “no” vote on the so-called “skinny repeal” in July.

Prior to the Politico report, Murkowski’s vote was considered important to the passage of this latest attempt to repeal and replace the Affordable Care Act. Sens. Rand Paul (R-Ky.) and Susan Collins (R-Maine) have both signaled that they will oppose the bill leaving Senate Republicans no room for error.

If Collins and Paul vote “no,” one other Republican defection would effectively kill the bill.

The potential deal is reminiscent of similar controversial pork policies that were considered during the debate over the Affordable Care Act. In 2010 Senate Democrats attempted to win support from conservative Democratic Senator Ben Nelson of Nebraska by offering an extra $100 million in Medicaid funding. The proposed deal, which was known colloquially as the “cornhusker kickback,” was eventually scrapped.

Senate Republicans plan to hold a vote on their health care bill as early as next week.