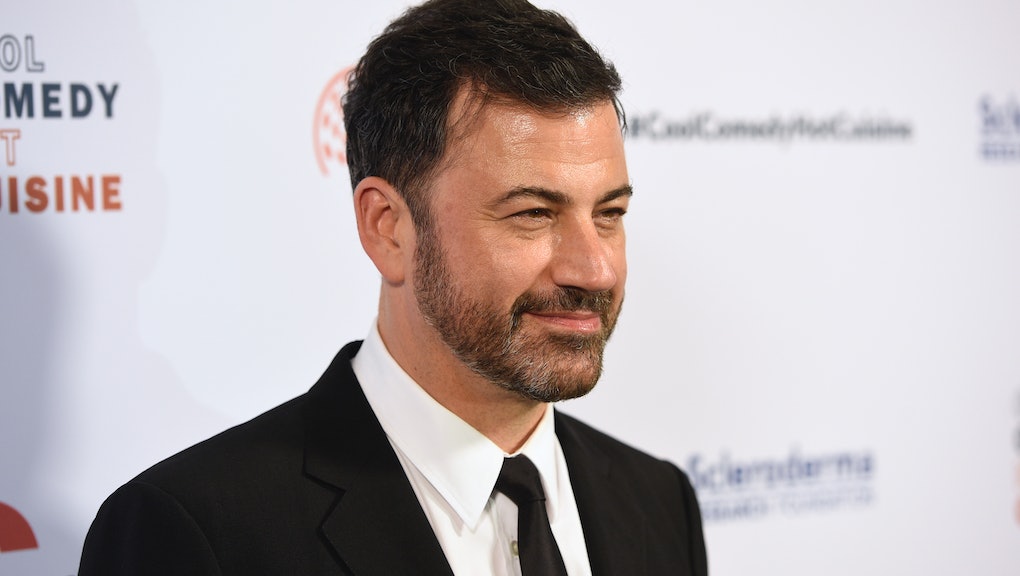 As the Republicans’ latest attempt to dismantle the Affordable Care Act heads toward a vote, talk-show host Jimmy Kimmel has continued speaking out against the Graham-Cassidy plan — and the president’s defense of it.

Kimmel brought up the proposed health care legislation once again on Thursday’s episode of Jimmy Kimmel Live!, following two previous impassioned speeches that have made the comedian one of the bill’s most high-profile detractors. The proposed bill would cut overall funding for Medicaid and transfer federal health care funding to the states through block grants, prompting projections that millions of people would lose coverage as a result.

In his Thursday monologue, Kimmel went after President Donald Trump’s support of the Graham-Cassidy bill. In a Wednesday tweet, Trump called the legislation “a great bill” and claimed it would include coverage of pre-existing conditions. He ended his tweet with “Repeal & replace.”

“Those are the key words, repeal and replace,” Kimmel said Thursday. “Because for Donald Trump, this isn’t about the Graham-Cassidy bill. It’s about getting rid of Obamacare, which he hates, primarily because Obama’s name is on it. He likes to have his name on things.”

“Sen. Lindsey Graham ... says Donald Trump is focused like a laser on health care,” Kimmel added. “And I’m guessing he means he’s focused in the same way that cats on YouTube are focused on lasers.

Kimmel also went after Sen. Bill Cassidy, a co-author of the proposed health care bill who previously said he would only support health care legislation that passed the “Jimmy Kimmel test” — in other words, it would provide coverage for Kimmel’s son’s pre-existing heart condition — only to sponsor a bill that would fail to do so.

“I do admire what he’s done with most of his life,” Kimmel added about Cassidy. “He’s done good things. I just want him to keep doing good things. This plan is not a good thing.”

“We haven’t seen this many people come forward to speak against a bill since Cosby,” Kimmel joked.

With Kimmel’s prominence in the health care debate, many of the bill’s Republican supporters have taken to questioning his qualifications to speak out on the issue — and he was quick to respond to their criticisms on Thursday.

In response to a Fox News segment in which Sen. John Kennedy said no one would confuse Kimmel “with a well-respected health care expert,” Kimmel said: “I’m not pretending to be an expert. I’m asking why people like you aren’t listening to actual experts like the American Medical Association.

“I should not be the guy you go to for information on health care, and if these guys, like inbred John Kennedy, would tell the truth for a change, I wouldn’t have to,” Kimmel continued.

The talk-show host finished his latest health care segment with a reminder to Republicans: If they’re going to challenge Kimmel’s ability to enter the political arena, they have to look first at whom they elected as commander-in-chief.

“I feel like it’s my duty to remind these people who are so concerned about my qualifications: The guy you voted for for president, his job qualification was this,” Kimmel said, throwing to a clip of Trump firing Meatloaf on Celebrity Apprentice.

“He fired Meatloaf on television, and yet you put him in the White House,” Kimmel concluded, before asking viewers to call their senators at (202) 224-3121.