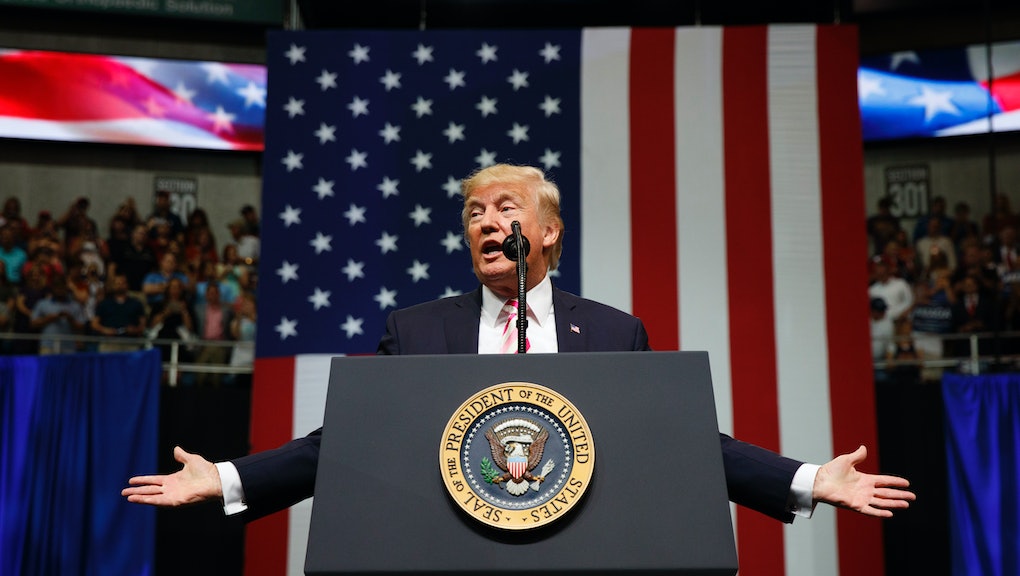 President Donald Trump on Saturday went after Sen. John McCain (R-Ariz.) over his decision to vote no on the new GOP health care plan, which was co-sponsored by Sen. Lindsey Graham (R-S.C.) — one of the Arizona Republican’s closest friends and allies.

“John McCain never had any intention of voting for this bill,” Trump tweeted, suggesting his vote had been bought by Senate Minority Leader Chuck Schumer. “McCain let his best friend [Lindsey Graham] down!”

McCain — who is battling brain cancer — announced Friday that he “cannot in good conscience vote for the Graham-Cassidy proposal,” saying any health care reform should go through regular order and be approached in a bipartisan manner.

In doing so, he seemed to have — for the second time in the two months — doomed the latest Republican effort to repeal and replace the Affordable Care Act, former President Barack Obama’s signature health care law.

Trump, who has attacked McCain before over his war record, suggested he still had hope for the new repeal effort, tweeting Saturday that he believed Sens. Rand Paul (R-K.Y.) and Lisa Murkowski (R-Alaska) would come around on the proposal.

If Trump does manage to deliver the votes on Graham-Cassidy, however, he will seemingly be going against the will of the majority of the American people. According to an ABC News/Washington Post poll Friday, 56% prefer the ACA to the new Republican plan, which just 33% of those surveyed want to see passed.