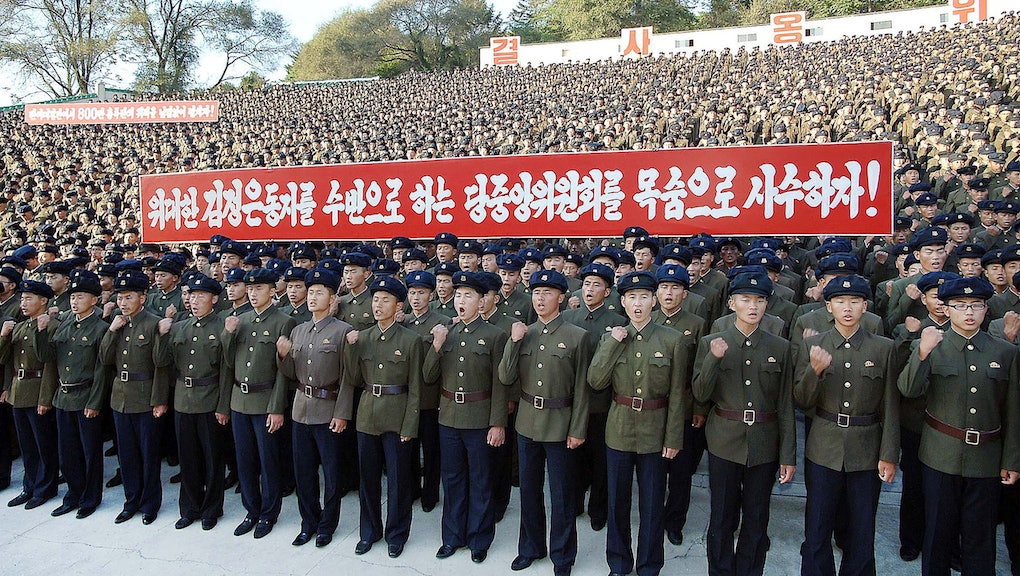 President Donald Trump amended his travel ban on Sunday, adding North Koreans to the list of people banned indefinitely from the United States.

However banning North Koreans is mostly symbolic, as almost no one from that country travels to the U.S. anyway.

Just 100 North Koreans were issued nonimmigrant visas to come to the U.S. in all of 2016, according to data from the State Department.

And from 2007 to 2016, just 918 North Koreans were issued nonimmigrant visas to travel to the U.S. That’s a minuscule fraction of the more than 25 million people who live in North Korea, according to data from the CIA.

Critics of Trump’s travel ban say the addition of North Korea was merely a symbolic move to make it look like the ban isn’t just targeting Muslims. (Trump also added some members of the Venezuelan government and their families to the ban.)

“The fact that Trump has added North Korea — with few visitors to the U.S. — and a few government officials from Venezuela doesn’t obfuscate the real fact that the administration’s order is still a Muslim ban,” American Civil Liberties Union executive director Anthony D. Romero said in a statement Sunday night, after Trump announced the ban. “President Trump’s original sin of targeting Muslims cannot be cured by throwing other countries onto his enemies list.”