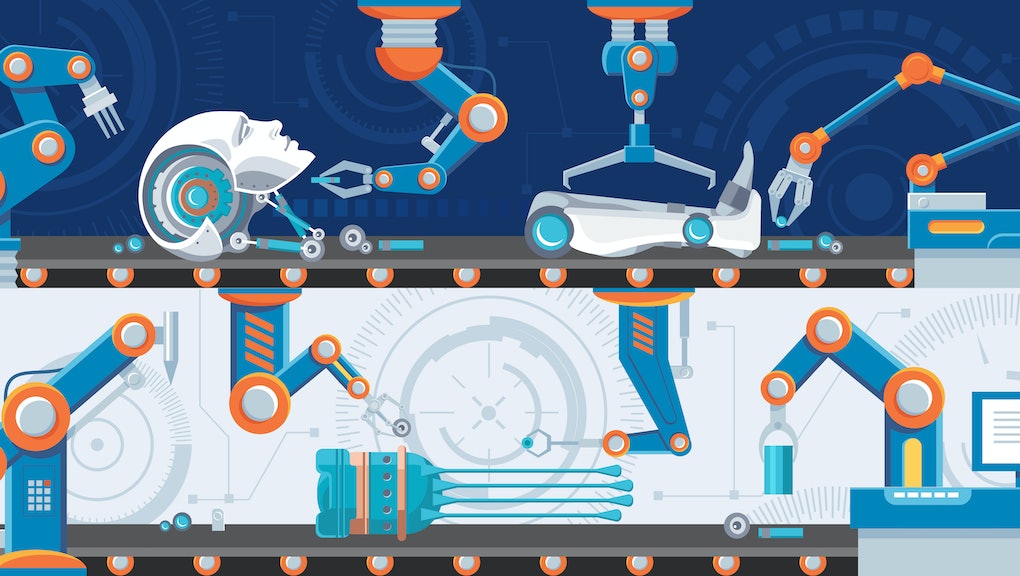 Scientists made robots that build molecules. They could revolutionize medical research.

They’re a millionth of a millimeter long — and they’re so precise, they can build individual molecules.

Each little robot, which is made up of just 150 atoms, has an even tinier robot arm that scientists can program to do basic tasks. The technology is still incredibly new, but in the future, it’s possible these kind of miniaturized machines could contribute to advancements in medicine and manufacturing processes.

“It is similar to the way robots are used on a car assembly line,” professor David Leigh, who led the research at the University of Manchester, said in a news release. “Those robots pick up a panel and position it so that it can be riveted in the correct way to build the bodywork of a car. So, just like the robot in the factory, our molecular version can be programmed to position and rivet components in different ways to build different products, just on a much smaller scale at a molecular level.”

Just like an assembly line, each robot carries out a pretty basic task, but when they work together, they accomplish larger-scale work. For a visual aid, think of them as kind of like those microbots from the Disney animated movie Big Hero 6 — a fleet of little robots, each carrying out some basic task. But the ones made by Leigh and his team are way, way smaller.

“This is just the start but we anticipate that within 10 to 20 years, molecular robots will begin to be used to build molecules and materials on assembly lines in molecular factories,” Leigh said.

Mic has reached out to Leigh for additional information about this research and will update this article with any response.