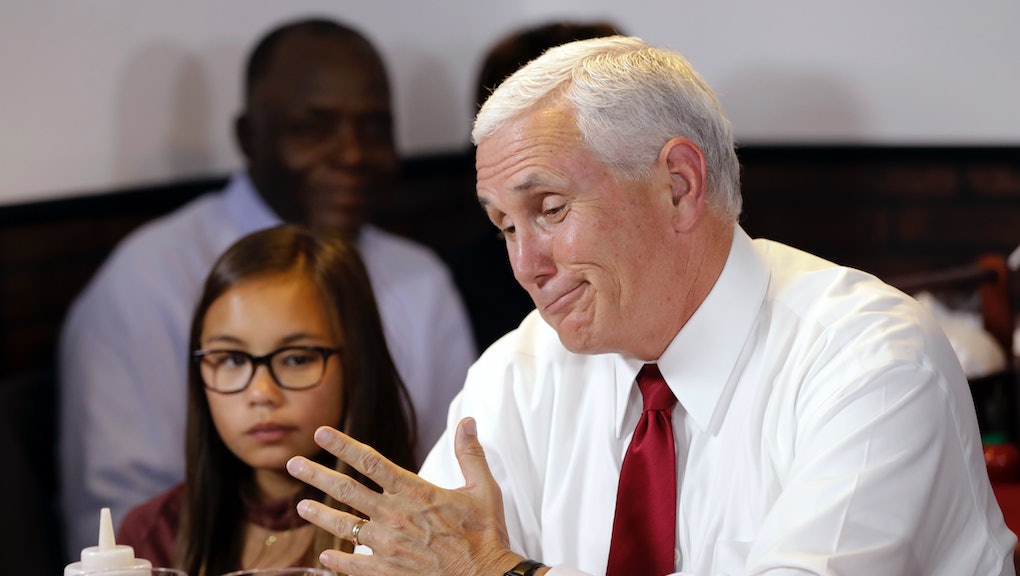 Pence to Alaskans: If Obamacare repeal fails, you’ll get health care like they have in Canada

Vice President Mike Pence issued a warning to Alaskans Friday: If the Republican-led effort to repeal and replace the Affordable Care Act fails, they’ll be on the road to having universal health care like the system set up in Canada.

“You know, somewhere in between where I’m sitting in Washington, D.C., and Alaska, is a place called Canada. I probably don’t need to tell the people in Alaska about the failings of national socialized health care because it’s right in our neighbor and you see the results every day,” Pence said on the Alaska radio station KFQD, according to the Canadian Press.

Republicans have painted the health care debate as a binary choice between their proposal and socialized health care, such as the system in Canada, which covers everyone but can often have long wait times for elective procedures.

“Look, we’ve got a choice: It’s between big-government, Washington, D.C., solutions that ultimately, I believe, will collapse into single-payer health care — or whether or not we’re going to repeal the [Obamacare] individual mandate,” Pence said to KFQD.

However, support among United States residents for a single-payer health care system has surged amid the GOP’s effort to repeal and replace the ACA.

Pence made the comments before the Republican effort to repeal the ACA collapsed once again.

Three Senate Republicans have announced they will not support the repeal bill proposed by Republican Sens. Lindsey Graham and Bill Cassidy — enough to sink the bill’s chance at passing.

It’s unclear how or when Republicans will try and revive the effort to make good on their seven-year promise to repeal and replace the ACA.