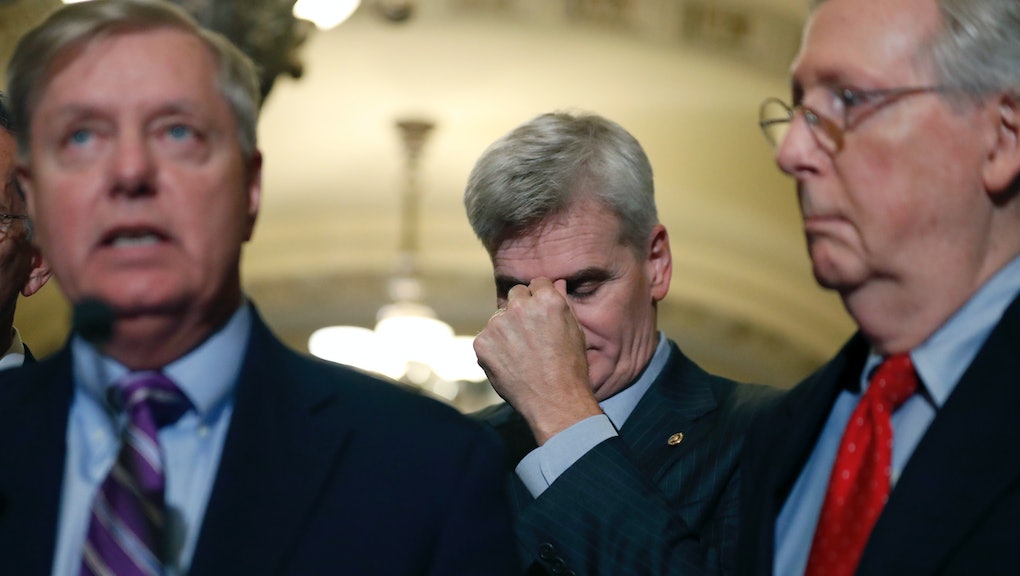 The latest Republican-led effort to repeal the Affordable Care Act is officially dead.

Senate Majority Leader Mitch McConnell told Republicans at a meeting on Tuesday that he will not hold a vote on the health care legislation introduced by GOP Sens. Lindsey Graham and Bill Cassidy, according to multiple reports.

The decision not to hold a vote on the Graham-Cassidy legislation came after Sen. Susan Collins (R-Maine) announced she would not vote for it. She became the third Republican to announce a no vote, joining Sens. John McCain and Rand Paul.

Losing three votes put Republicans shy of the 50 needed to pass the bill.

Not holding a vote on the Graham-Cassidy legislation means Republicans will officially miss the Sept. 30 deadline that would allow the GOP to repeal the ACA without any Democratic support.

If the GOP-controlled Congress wants to repeal the ACA, it will now need to garner Democratic support, or pass a new budget.

“With a process that gets more attention and time, we will repeal Obamacare,” Graham said Tuesday.