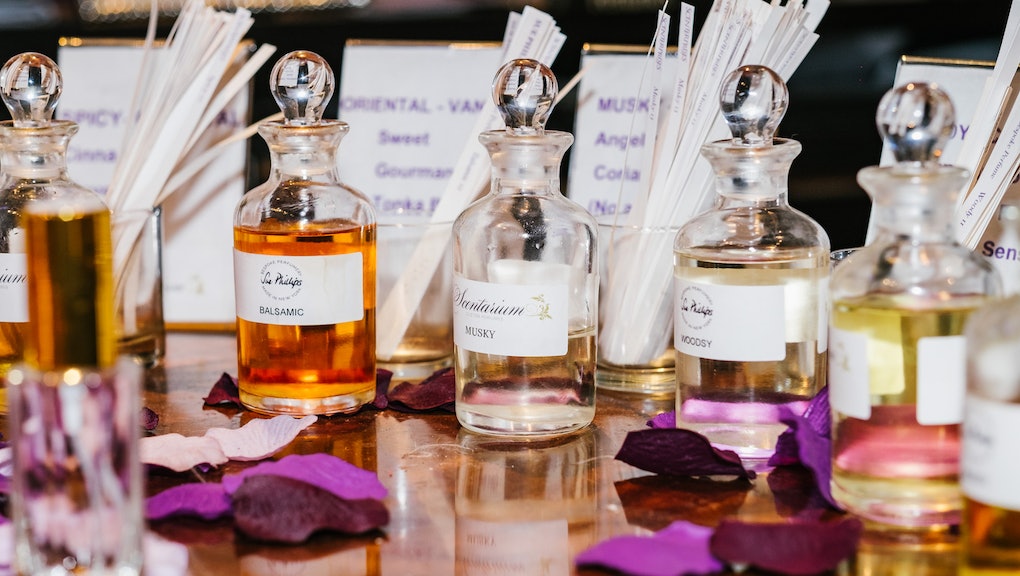 Perfume is for women and cologne is for men — that, for many, is what we’ve been taught for most our lives. Walk through a department store and you will likely see strict gender lines. The colognes are in displays with male models or a heterosexual couple in deep embrace, with the cologne itself being stored in a black or industrial-looking bottle. Perfumes, meanwhile, are advertised with images of women or a couple that looks loving and sensual, with the perfume itself in a bottle that is white or pink or purple.

That’s just perfume marketing for you. But the truth is, cologne isn’t necessarily concocted to appeal to men, nor is it solely for men. The real difference between perfume and cologne is merely how the fragrances are formulated, and the concentration or amount of oils in the fragrance.

“How fragrances are made is that they get the essential oils, whether it be from flowers or plants or animals and so on. You extract the absolute oils from things like the rose, or the lemon or lavender,” Sue Phillips, a fragrance expert and the founder of Scenterprises, which specializes in custom perfume, said in an interview. “Once they take the oil, it is very heavy, it is like a solid perfume, like an olive oil texture. So they’ve felt they had to lighten it, and what they did was take the essential oil, then mix it with some alcohol and water, and that was the perfume.”

It’s just all about that equation, and nothing to do with even how a scent smells. A man can wear a perfume just as a much as a woman can wear a cologne. One is not inherently more attractive to men, or women.

So why does the perfume industry remain so gendered? Back in the 1700s, for example, Napoleon was known to wear an excess of perfume himself, which he’d use to cover up his natural and understandably strong body odor after months on the field.

According to Phillips, modern marketing had a big effect.

“American men were always seen slapping on cologne as an aftershave,” Phillips said. “In the mid to late 70s, when the perfume craze was happening for women, men felt they wanted to have some kind of fragrance. So cologne came to be known as, after you shave, you dab some cologne on. It wasn’t called perfume for men, it was cologne.”

Then with the celebrity perfume craze in the 1990s and early 2000s, male celebrities released colognes (not perfumes) as well.

“The trend over the past few years was that it was the designers, then the celebrities, and suddenly every celebrity had a fragrance,” Phillips said. “Men started to get grooming essentials, so they had aftershave, cologne, deodorant and so on.”

Perfume, meanwhile, was marketed with female celebrities, despite the only difference between the two kinds of fragrances being the amount of oil in them.

But Phillips feels a change happening. At her fragrance studio The Scentarium in New York City, which she’s had for the past seven years now and where she helps people create custom fragrances based on their preferences in scents, she sees men growing more comfortable using the word “perfume.”

“The word perfume used to only be for women, but now do you know how many men come to me and go, ‘I want to make my own perfume?’” Phillips said. “So the word perfume is now becoming more generic. It doesn’t apply to feminine anymore.”

And that, she thinks, comes from this particular generation’s obsession with self-expression, and reluctance to care about labels.

“The reason I think there’s less of a gender differentiation is this idea of selfies. The selfie syndrome is not just with iPhones and pictures, it’s also happening in the aspect of self-expression. That men and women can say, I want to create something for me that reflects what I am. I don’t care about the latest celebrity fragrance. People are really literally wanting to express who they are.”