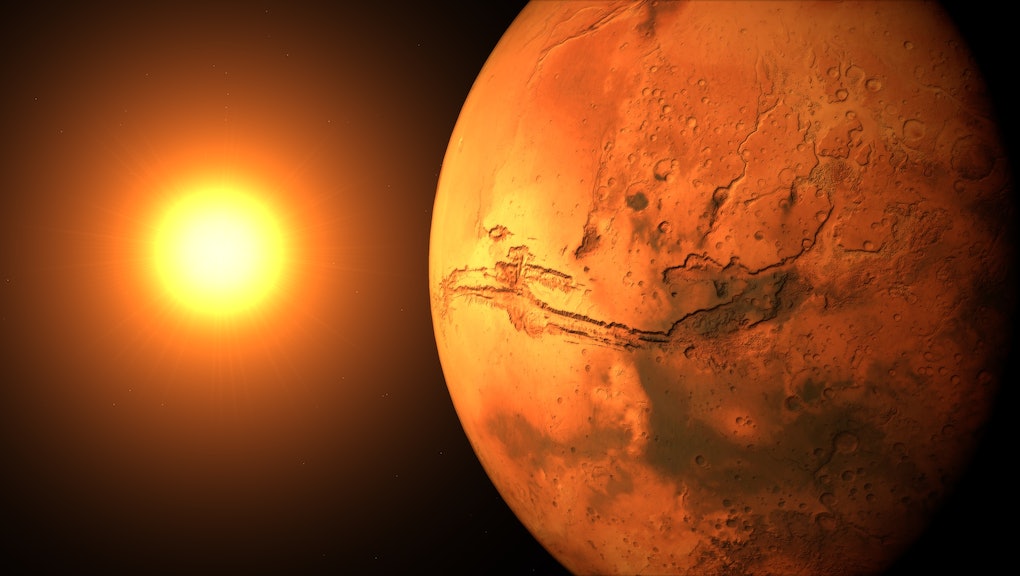 Scientists found a good, but strange, place for people to live on Mars and the moon — underground

On the hunt for a new place to live? You should consider living in a giant, underground lava tube. All the cool kids on other planets are doing it — well, not yet, but it’s certainly looking like an attractive possibility.

According to an analysis of high-resolution digital terrain models of both the moon and Mars presented at the European Planetary Science Congress in Riga, Latvia, both planets seem to contain underground tunnel structures created by ancient lava flows. According to the scientists, these tunnels are likely large enough to function as habitats for human colonists. Some might even be large enough to accommodate entire towns — and we have gravity to thank for that.

“On Earth, [lava tubes] can be up to 30 meters across,” Riccardo Pozzobon, from the University of Padova, said in a news release. “In the lower gravity environment of Mars, we see evidence for lava tubes that are 250 meters in width. On the moon, these tunnels could be a kilometer or more across and many hundreds of kilometers in length.”

Since neither Mars nor the moon contain atmospheres like Earth’s, these lava tubes are particularly appealing because of the natural shielding they provide from cosmic radiation.

Until StreetEasy starts listing lunar lava tube apartments, how do we find these new homes lurking below the surface? Low-frequency electromagnetic waves, of course. Also at EPSC, Leonardo Carrer from the University of Trento presented a concept for a radar that would be able to find these habitable lava tubes on the moon from orbit.

“Lava tubes have unique electromagnetic signatures, which can be detected from orbit irrespective of their orientation to the radar movement direction,” Carrer said.

Now that we’ve got our Martian housing sorted, all we have to do is figure out how to stop its water from boiling off the surface. No big deal, surely.