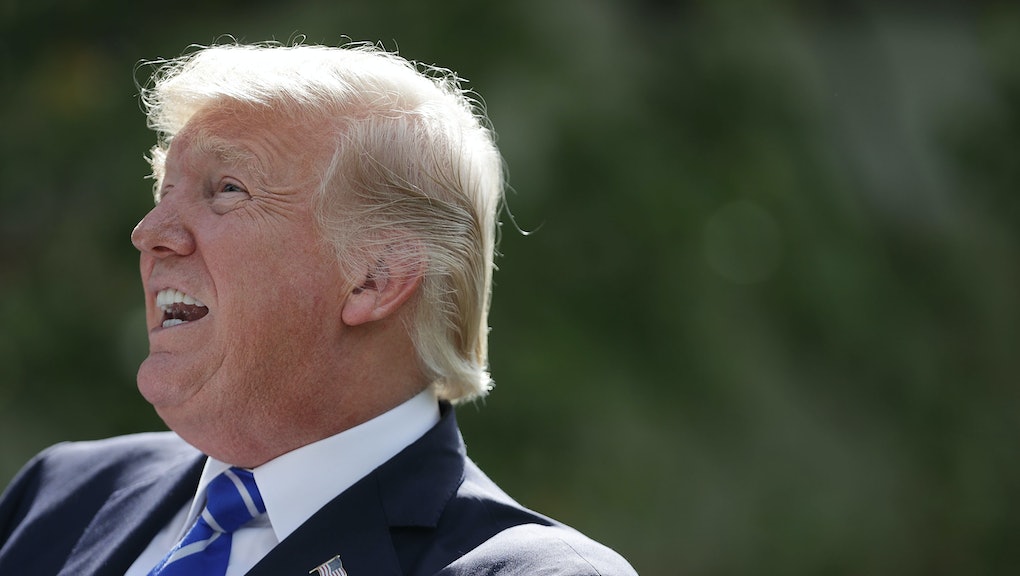 Here’s who would benefit from Trump’s new tax plan: The Trumps and other families like them

On Wednesday, President Donald Trump released an outline of his proposed plan to overhaul the U.S. tax code and, no surprise, the plan is a boon for Trump, his family and other super wealthy Americans.

In addition to shifting the U.S. income tax into just three tax brackets and nearly doubling the standard deduction, Trump’s plan would eliminate several major provisions already in place that were designed to make sure that the wealthy pay their fair share.

One of those provisions is the elimination of the alternative minimum tax, or AMT. The AMT is essentially a tax floor for wealthy people who’s access to numerous obscure deductions would otherwise allow them to pay a lower tax rate than the average American.

While Trump has famously refused to release his tax returns, we know from a leaked 2005 return that $31 million of his $38 million tax bill that year was because of the AMT.

In addition, Trump’s plan would eliminate an individual tax on inheritance or gifts above $5.49 million, known as the estate tax. Beyond raising revenue, the estate tax also helps curb the trend of growing wealth inequality that has persisted as rich families transfer wealth from one generation to the next.

While there is some question as to the actual value of Trump’s estate, the billionaire president frequently boasts about his considerable net worth. By eliminating the estate tax he could transfer that wealth to his children without paying any taxes on it.

Trump’s tax plan also has a number of business tax provisions that would substantially lower the tax burden on his family business, which is currently being run by his two adult sons, including lowering the corporate tax rate and allowing businesses to write off the cost of capital investments for at least five years.