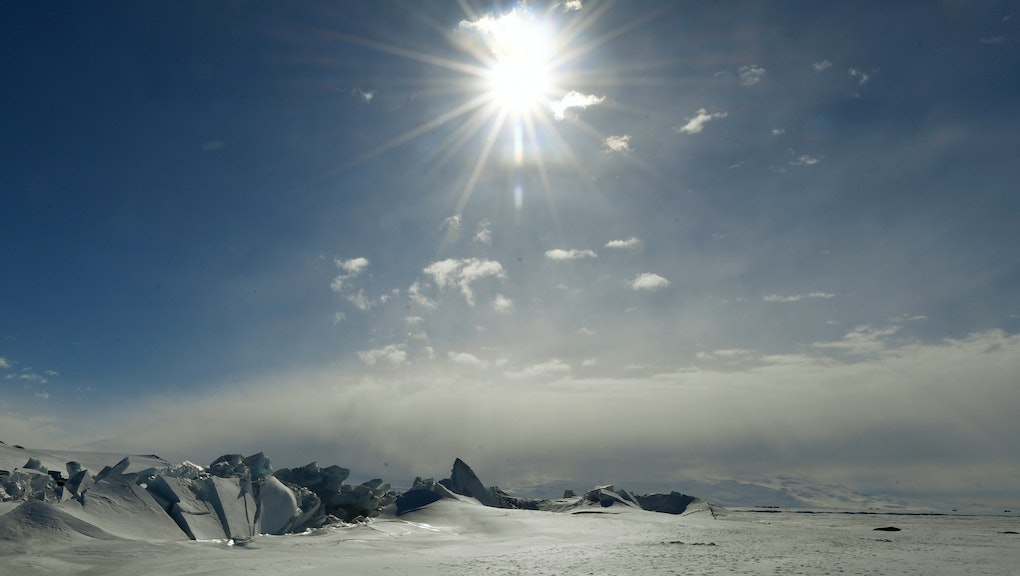 A chunk of ice more than four times as large as the island of Manhattan splintered off from Antarctica on Saturday, the U.S. National Ice Center confirmed to CBS News.

The massive iceberg break, known as a calving event, comes just two months after a 2,200-square-mile hunk of ice, roughly the size of Delaware — one of the largest icebergs ever recorded — cleaved itself from the Larsen C ice shelf in July.

Saturday’s iceberg, which measures roughly 71.5 square miles, was formerly part of Pine Island Glacier — one of the West Antarctic Ice Sheet’s largest glaciers, which reportedly loses an estimated 45 billion tons of ice every year. According to NASA’s Earth Observatory, although the loss was comparatively small when considered alongside icebergs that broke off previously in 2014 and 2015, continued breakage is “further evidence of the ice shelf’s fragility.”

“It’s not the size of the iceberg that matters. It’s the frequency,“ Ian Howat, a glaciologist at the Ohio State University, said to CBS News. “Infrequent big icebergs are normal — lots of little icebergs are abnormal.”

While scientists generally hold that there is no link between iceberg calving and climate change, according to Project MIDAS, a U.K.-based Antarctic research outfit, warming ocean and atmospheric temperatures have previously contributed to the fracturing and weakening of ice shelves elsewhere on the Arctic Peninsula.

According to Chris Shuman of NASA’s Goddard Space Flight Center, while Saturday’s break is part of a natural process that can be caused by factors including wind, tides and currents, the frequency with which the breaks are occurring is cause for concern, and could one day lead to rising sea levels.

“The fact that the calving events have gotten a little more frequent is not a good sign,” Shuman told USA Today.