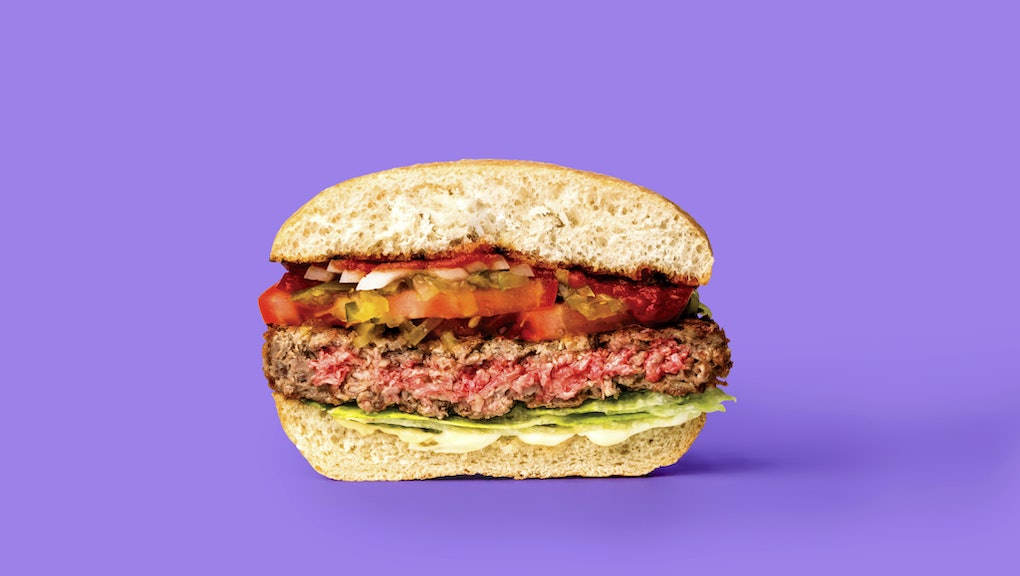 Richard Branson is predicting the end of meat in 30 years. Will he be right?

Think you can’t live a fulfilling life without eating traditional meat? Richard Branson, billionaire founder of Virgin Group, thinks you can. In fact, he thinks meat as we know it will be completely different in just a few decades.

“I believe that in 30 years or so, we will no longer need to kill any animals and that all meat will either be clean or plant-based, taste the same and also be much healthier for everyone,” Branson wrote in a blog post about Virgin’s investment in Memphis Meats, a company that synthesizes meat using real animal cells. “One day we will look back and think how archaic our grandparents were in killing animals for food.”

It’s impossible to say for sure whether Branson’s claim will come to fruition, but he’s right about one thing: Interest in meat alternatives are at an all-time high, and they could play an important role in slowing climate change.

“I believe that in 30 years or so … all meat will either be clean or plant-based, taste the same and also be much healthier for everyone.” — Richard Branson

Currently, the meat industry is responsible for about 18% of all greenhouse gas emissions, degrades the effectiveness of our antibiotics and pollutes our water — to say nothing of the ethics of raising hundreds of millions of animals who rarely, if ever, get the chance to go outside before getting slaughtered.

Answers to this problem run the gamut: Some advocate for cutting meat out of our diets altogether, while others simply argue that beef is the problem. Regardless, it’s pretty clear that our current pace of meat consumption is unsustainable — and there are a handful of start-ups like Memphis Meats who think meat alternatives are the way to go.

To be clear up front, it’s not clear exactly how much the environmental impact of these meat alternatives differs from regular meat, but most of these start-ups bill themselves as a much more energy efficient, cruelty-free alternative. For example, Memphis Meats says its products require “up to 90% fewer greenhouse gas emissions than conventionally produced meat,” a notably fuzzy figure that leaves a gaping chasm of wiggle room.

Memphis Meats isn’t the only start-up trying to come up with enticing meat alternatives. For example, Impossible Foods provides a handful of restaurants with its widely acclaimed plant-based burgers that “bleed” like real meat.

“The Impossible Burger is made from simple ingredients found in nature,” its site says, “including wheat protein, coconut oil, potato protein and heme.” That last ingredient, heme, is what gives blood its color and a slightly metallic taste — and Impossible Foods can make some in a lab.

Speaking from personal experience, the Impossible Foods burger — which I ate at Momofuku Nishi in New York City — is really tasty. But don’t take my word for it. “I had trouble identifying the smell coming from the burger,” Kim Renfro wrote for Business Insider. “It was slightly ‘beefy,’ and I got this pang of guilt — as if I was actually about to eat meat. The first bite compounded this feeling. The patty’s texture immediately transported me back to meaty memories. I’ve never finished a veggie burger so quickly in my life.”

Another company, Beyond Meat, sells its high-tech veggie burgers and other plant-based meat alternatives in grocery stores like Whole Foods, Kroger and Safeway.

So, will Branson’s prediction that we’ll be eating exclusively plant-based and ethically produced meats in the next 30 years come true? The short answer is no, probably not. Not simply from what these high-tech meat start-ups are offering, anyway.

Currently, the U.S. government provides hefty subsidies to corn and soybean famers, including those who sell their crops to factory farms, which helps keep meat cheaper — and thus, more appealing to consumers — than it might be otherwise.

So, for Branson’s prediction to come true, it won’t simply be a matter of producing tasty alternatives — but it might be up to start-ups like Memphis Meats to convince people they don’t have to sacrifice their favorite foods in the process.