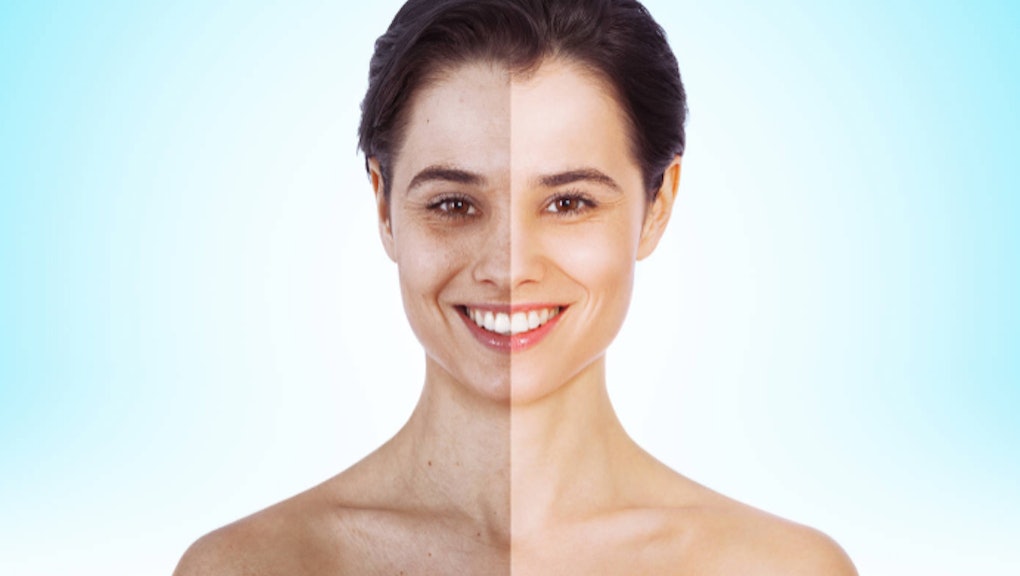 If you’ve been on the internet for more than, say, one hour in your entire life, chances are you’ve seen a Getty image.

Getty Images is the stock photo agency beloved by the media and advertising companies for showing random models in various poses — from shopping to eating to spending to swimming to crying to, honestly, just every range of human emotion or action. Getty Images’ stock images have appeared in memes, and the agency is responsible for supplying the press images of celebrities and politicians as well.

So that’s why the news that, starting Sunday, Getty Images will no longer accept images with models whose bodies have been digitally augmented to look larger or smaller, is particularly noteworthy.

In an email sent to contributors on Wednesday, Getty asked that contributors “do not submit to us any creative content depicting models whose body shapes have been retouched to make them look thinner or larger.” That means if you see a new picture on the internet of a random woman eating salad after Sunday, that’s the real size of her body.

The rule comes in reaction to a new law in France, which requires publications that use commercial images to disclose whether the shape of the model has been augmented to look smaller or larger, using a note that says “photographie retouchée” (or “retouched photograph”) on the image.

When the law was first passed, in the spring, France’s minister of social affairs and health, Marisol Touraine, told Women’s Wear Daily: “Exposing young people to normative and unrealistic images of bodies leads to a sense of self-depreciation and poor self-esteem that can impact health-related behavior.”

If a publication, website or outlet uses a retouched image without noting it, it could face a fine up to $44,000. So — perhaps in order to limit everyone’s chances of getting that fine — Getty has announced that it’s trying to make sure none of its new uploads have been augmented in that way.

Now, the images can actually still be augmented in ways besides the size of the model. As Getty noted, other changes — such as hair color, nose shape, retouched skin or blemishes — are outside of the scope of this law, and still acceptable. So it’s not likely that Getty’s going to start uploading lots of images of women with stretch marks or cellulite any time soon, unfortunately.

That being said, though, the change comes at an interesting time for Getty and the media. There’s been an uptick in celebrities themselves stepping up to call out photographers and media outlets that have digitally altered how they look, and Getty has recently teamed up with Refinery29 to create a collection of images with women who are plus size, which is still hard to come by in stock images.

“As a leader in visual communications, Getty Images upholds the responsibility to ensure accurate and authentic visual representation,” Getty Images said in a emailed statement. “Our perceptions of what is possible are often shaped by what we see: Positive imagery can have direct impact on fighting stereotypes, creating tolerance and empowering communities to feel represented in society. That’s why over the last several years, Getty Images has made a concerted effort to change the way women and other marginalized communities are represented in media and advertising.”

With the undeniable ubiquity of Getty Images online, the impact of this change, though perhaps not immediately obvious, will have a great impact.