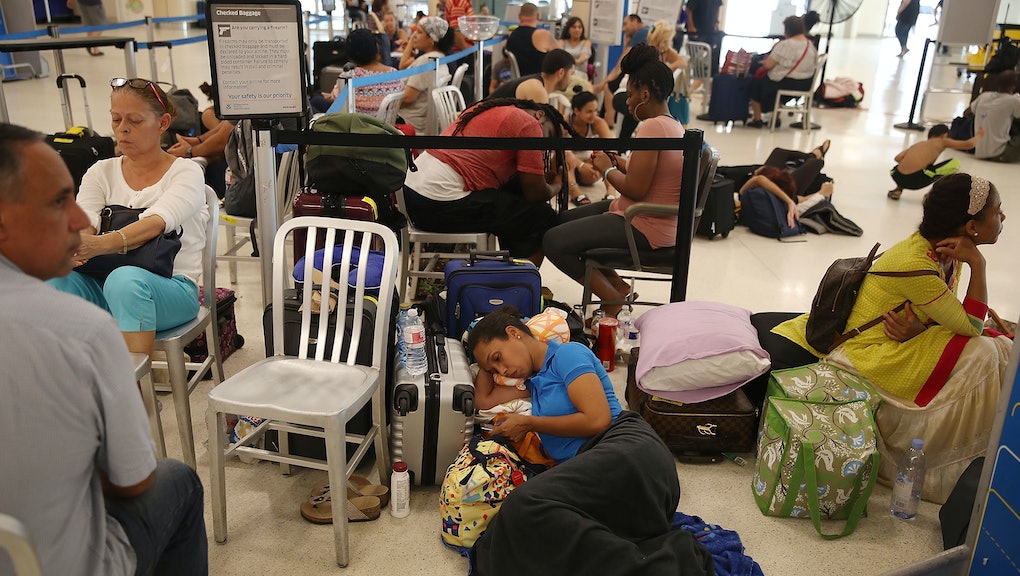 No, the State Dept. isn’t making people pay to be evacuated from Puerto Rico

On Thursday, Marketwatch reported that evacuees trying to escape the devastation of Hurricane Maria in Puerto Rico were being forced to pay back the costs of their evacuations to the U.S. government — and had to submit their passports to officials.

The story, which was picked up by other outlets, including the Hill and Newsweek, cited a page on the website of the U.S. Department of State’s Bureau of Consular Affairs about evacuations.

“President Donald Trump’s administration is requiring impoverished Puerto Rican hurricane victims to pay full price to evacuate — and will even [be] holding their passports as collateral until the government receives payment,” the Newsweek article states.

The only problem is, the State Dept., which deals with foreign affairs, isn’t involved with hurricane relief in Puerto Rico, which is a U.S. territory. In fact U.S. citizens don’t even need a passport to go to and from Puerto Rico and the mainland U.S.

As a State Dept. spokesperson told Mic on a phone call on Thursday, the agency has no presence on the ground in Puerto Rico currently.

“The State Department is not facilitating any evacuations from Puerto Rico and therefore is not requiring anyone to sign a promissory note,” spokesperson Ashley Garrigus said on Thursday.

The rule cited in the Marketwatch report is about those “promissory notes,” which are essentially an “IOU” to the U.S. government.

They tend to be used when ex-pats, tourists or Americans with dual citizenship require evacuation from a foreign locale in sudden crisis — and are a signed promise that the evacuee will pay back an amount based on the cost of a regular plane ticket.

But, as the State Dept. clarified on Thursday, it is not facilitating any evacuations in Puerto Rico. However the State Dept. couldn’t say for sure whether or not the rules about promissory notes also apply to the domestic agencies helping in Puerto Rico right now, like the Federal Emergency Management Agency.

FEMA has not yet responded to a request for comment. We will update the story when it does.