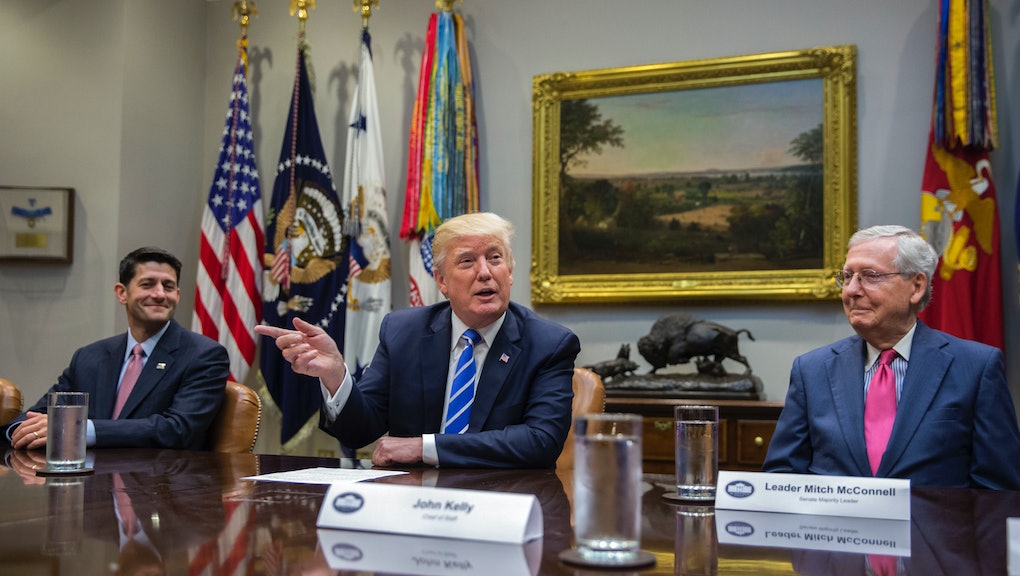 Voters’ view of the Republican Party has plummeted in recent months, with a whopping 62% of voters now saying they have an unfavorable view of the GOP, according to a new Suffolk University/USA Today poll published Thursday.

Just 23% of voters say they have a favorable view of the GOP, down nine points since June.

“The Republican Party is in free fall,” David Paleologos, director of the Suffolk University Political Research Center, said in a news release. “In March the GOP had a 48% unfavorable rating, in June the negative swelled to 55%. Today the GOP unfavorable is 62%. What’s next?”

President Donald Trump, the de facto leader of the GOP, could be contributing to the Republican Party’s poor image among voters.

Just 38% of voters approve of the job Trump is doing as president. And an even smaller number, 34%, have a favorable view of the commander in chief, according to the poll.

Democrats are already seeking to capitalize on the GOP’s unpopularity.

The Democratic Congressional Campaign Committee, which seeks to elect Democrats to the House, began running attack ads this week against House Speaker Paul Ryan and his party’s efforts to repeal and replace the Affordable Care Act.

“Paul Ryan and the Washington Republicans,” the ad continues. “They’ll never change their ways. So the rest of us have to change our Congress.”

The Suffolk University/USA Today poll suggests this message could be a powerful one in the midterm elections in November 2018.

Nearly two-thirds of voters, or 65%, disapprove of the way Trump is handling health care, according to the poll.

The poll also found that voters overwhelmingly trust Democrats in Congress the most to protect their interests when it comes to health care.

Democrats, however, also have an underwater favorability rating among voters, with 37% of voters having a favorable view of the party, as opposed to the 48% with an unfavorable view.