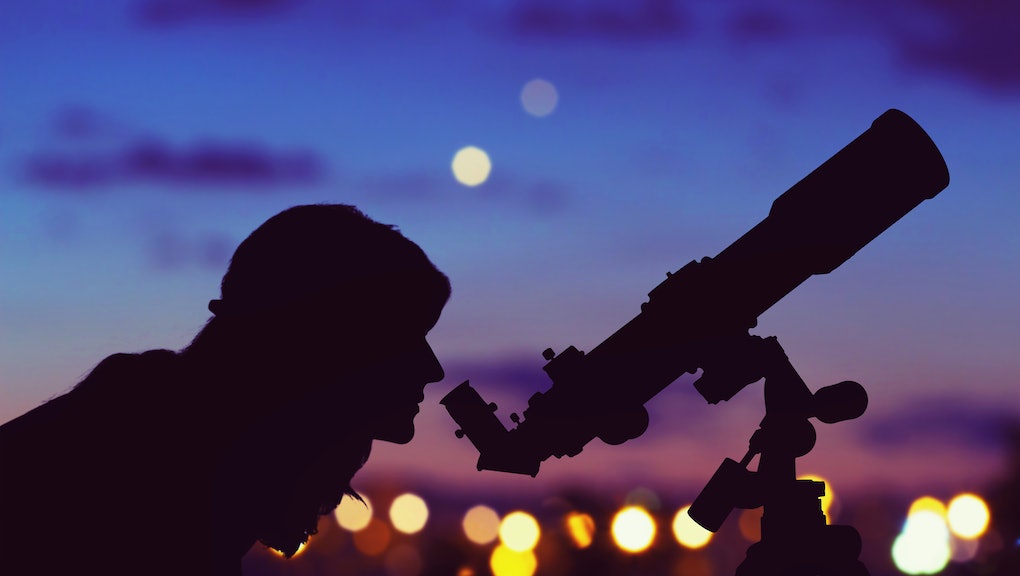 An asteroid that’s somewhere between 30 and 100 feet long is hurdling through space in the direction of Earth at 30,000 miles per hour — but don’t worry. We’re not in any danger.

On Oct. 12, the asteroid “2012 TC4” will whiz by our planet at a minimum distance of 4,200 miles away, but NASA’s most recent estimates put that number at a much more comfortable 27,000 miles away. That sounds like a huge distance, but it’s only about one-eighth of the distance between the Earth and the moon.

In fact, the 2012 TC4’s close proximity to Earth is providing scientists with an opportunity to gather data about its flight path, improving our ability to detect other asteroids like it in the future and determine whether or not they’re on a potentially dangerous collision course with Earth.

However, you don’t have to be a fancy-pants astronomer to get something out of 2012 TC4’s upcoming fly-by: According to Paul Chodas, manager of the Center for Near-Earth Object Studies at NASA’s Jet Propulsion Laboratory, amateur stargazers will have a chance to spot this asteroid for themselves — but it’ll require some preparation.

“Observing this asteroid will be challenging because you will need to know where to point the telescope at any given time,” Chodas said in a statement emailed to Mic. “The asteroid will be moving quite quickly — for an asteroid, that is.”

Chodas said an 8-inch telescope will probably do the trick, but he said you’ll need to use JPL’s “Horizons ephemeris service” to give you precise coordinates of where to look based on where in the world you’re gazing from. (Here’s a guide to using the system.)

“Having a computer-controlled telescope would be a major advantage,” Chodas added, “but an experienced amateur should be able to track this object on that evening.”

Unfortunately, if you don’t have a telescope, you won’t be able to see 2012 TC4. It simply won’t be bright enough. At its peak, Chodas said 2012 TC4 will only achieve “13th magnitude” brightness, which is relatively faint. For context, astronomers measure brightness using a very, very confusing scale in which celestial bodies with negative magnitudes indicate a brighter body than one with a positive magnitude. For example, the sun shines at a magnitude of -26.7. The naked eye can only see things up to a magnitude of positive 6, so 2012 TC4 will be a bit fainter than that.

So, 2012 TC4 will be a bit of a pain to spot unless you’re really into that sort of thing, but hey — at least it’s keeping a healthy distance away from Earth. Not causing a mass extinction seems like a fair trade-off, don’t you think?