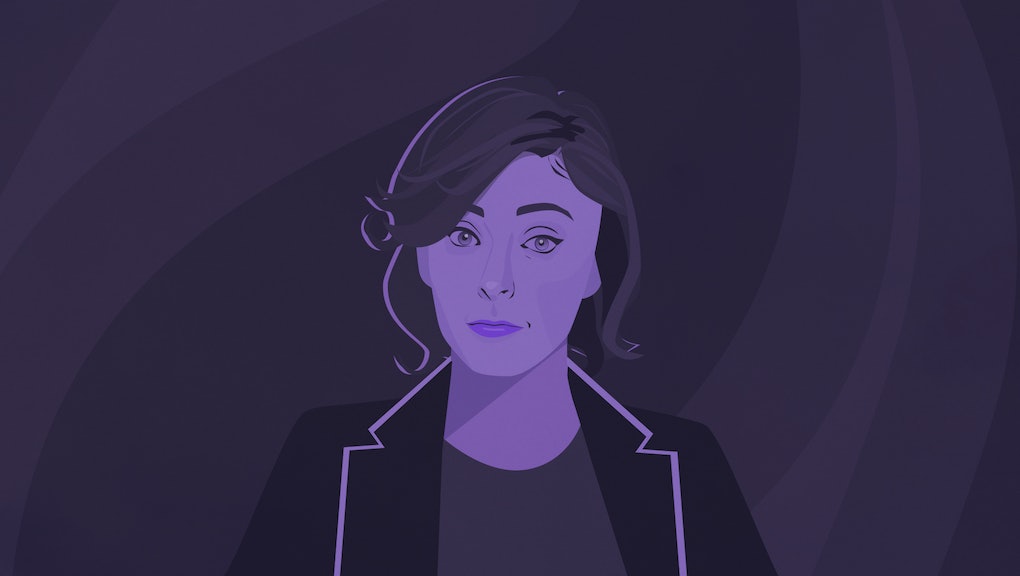 The performances that made me an actress: Rachel Bloom on ‘Dirty Dancing’ and ‘Steel Magnolias’

In this new interview series, we talk with actors and actresses about the first performances they saw that made them want to become performers themselves.

Rachel Bloom has the range. Not only is she the co-creator and executive producer of the CW’s critically adored musical comedy Crazy Ex-Girlfriend — which begins its third season on Oct. 13 — but she’s also a writer and the star. As the face of the show, Bloom turns in an electric (and Golden Globe-winning) performance as the codependent and self-absorbed Rebecca Bunch, who’s always ready to break into song. And judging from all of the promos for the new season, it looks like Bloom will add new wrinkles to her performance this year, as Rebecca tries to break bad.

In advance of the third season of Crazy Ex-Girlfriend, we got on the phone with Bloom to reminisce about some of her earliest inspirations — specifically, the first performances she saw on screen that made her want to go into acting.

“The first movie I ever saw, literally the first VHS we owned, was Dirty Dancing. I think a big, core part of me feels like Baby Houseman [Jennifer Grey’s character], and I think it’s one of the many reasons that I’m drawn to roles like that — kind of sheltered, smart, well-meaning but naive girls whose worlds are turned upside-down.”

“And then, my first experience with dramatic acting that I still, to this day, am affected by was Sally Field in Steel Magnolias. That was one of my mom’s favorite movies, and the scene after — spoiler alert — Julia Roberts dies, [she’s] so good and it was the first time I saw dramatic acting like that. It was the first time I was like, ‘Oh, wow, it’s capturing those uncomfortable emotions that are kind of icky, maybe you don’t want to always talk about.’”

“My mother says that the first time I saw Steel Magnolias, during the Shelby death scene, I was, like, five and I was like, ‘I don’t like this scene. There’s something about this I don’t like.’ So, in a way, it was the first time I ever knew about death — that movie and that scene. So, I think seeing Sally Field’s true misery over the death of her daughter really made an impact on me, because I understood what death was and loss was, and how someone reacts when that happens.”

“When you’re that age, you watch what your parents watch. I watched a lot of kid movies, obviously, but I was an only child, and when you’re an only child, you kind of become your parents’ idiot sidekick. You go everywhere with your parents, you’re still outnumbered by adults. We watched Dirty Dancing, Steel Magnolias, A League of Their Own all of the time. It’s interesting — big, female-centric movies, when I think about it; written by women, directed by women. I think it’s indicative of the fact that — at least not by my parents — I was never made to feel that women’s voices were ever marginalized or less than. They weren’t taking a stand — my mom was just like, ‘These are good movies.’”

“I just watched Dirty Dancing a couple of weeks ago at the outdoor cemetery screening at Hollywood Forever cemetery, and it was trippy because I forgot how much of that movie I knew, and, as a kid, I never understood the whole abortion subplot. Those things just go over your head, and I also never understood that Baby lost her virginity to Johnny. But they’re [influences] more on a subconscious level; I don’t go back to them, whereas things like those Disney musicals, I do go back to them because that informs a lot of what I’m still doing, which is musical comedy.”

“I loved the way they danced [in Dirty Dancing] and I loved [Baby’s] pretty dress. I was originally a girly-girl when it came to that — I just loved the way her dress flowed, and her dresses in that were so effortless and she just looked so beautiful. To me, she was the heroine; I never saw her as a dork.”

These responses have been edited and condensed for clarity.