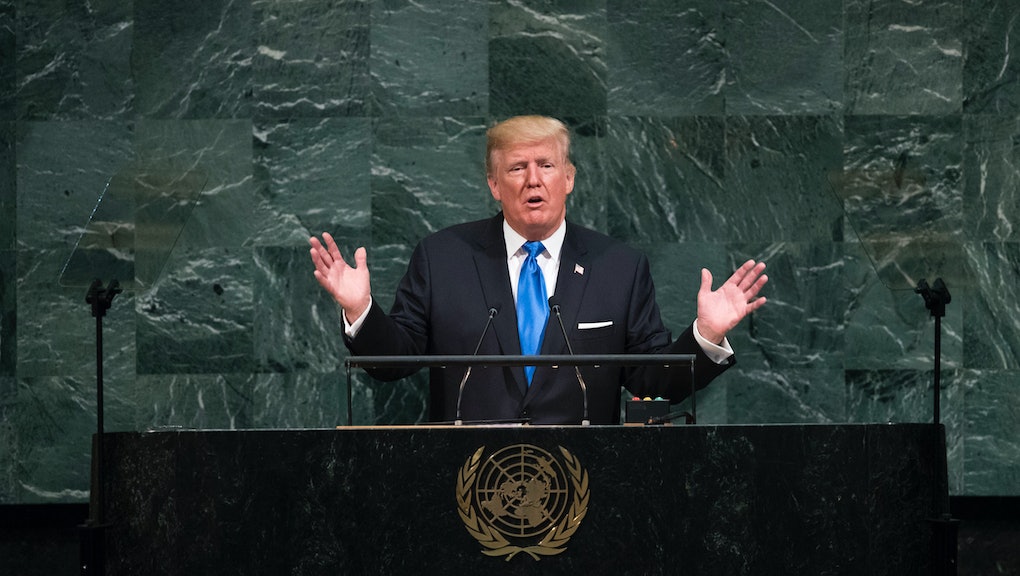 President Donald Trump took aim at North Korea on Saturday, writing that his predecessors had been made to look like “fools” by the isolated country in the past and that “only one thing will work!”

It wasn’t clear what the “one thing” is that Trump was referring to, but likely will lead to further speculation that he is planning to attack the rogue nation led by Kim Jong Un. The tweets came days after he told reporters following a dinner with top military brass that they may be witnessing the “calm before the storm.”

When asked by reporters what that meant, he cryptically replied, “You’ll find out.”

The bizarre remarks were widely interpreted to be a possible warning of an upcoming war.

Trump has been engaged in a game of nuclear chicken with the country for months now. Over the summer, he threatened Pyongyang with “fire and fury” if the Kim regime continued its nuclear provocations. Then, in an address to the United Nations in September, Trump said that he may have no choice but to “totally destroy” North Korea if it threatened the United States or its allies.

North Korea, for its part, has said that Trump’s threats have made war between the two countries “inevitable” and that the Kim regime would “make sure that he bears consequences far beyond his words.”

Secretary of State Rex Tillerson, meanwhile, has continued to push for diplomatic solutions, but Trump last week said that he was “wasting his time” in doing so and once again mocked the North Korean leader by calling Kim “Little Rocket Man.”

“Save your energy Rex,” Trump tweeted Sunday. “We’ll do what has to be done!”