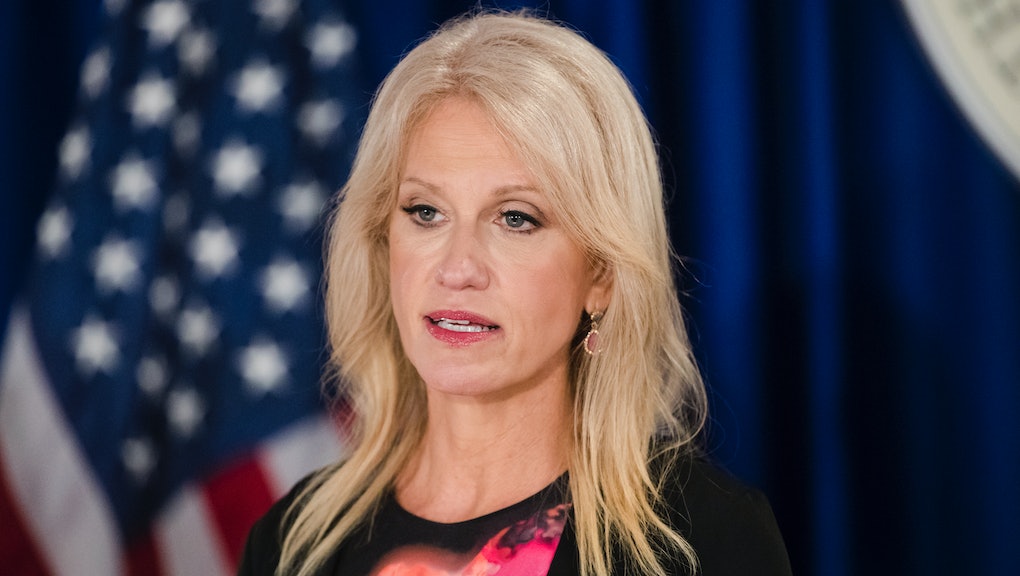 White House counselor Kellyanne Conway had some words for Sen. Bob Corker, the Tennessee Republican who tweeted that the White House is an  “adult day care center” where staffers have to police President Donald Trump’s behavior.

“I find tweets like this to be incredibly irresponsible,” Conway said of Corker on Fox News Monday morning.

She added that Corker’s tweet allows the “mainstream media and the president’s detractors” to “speak about the president of the United States in ways that no president should be talked about.”

Conway’s comment on Corker’s tweet come as Trump has tweeted some cryptic and concerning statements suggesting that the U.S. may be headed for war with North Korea.

In a series of tweets on Saturday, Trump said negotiations with North Korea haven’t worked for 25 years, and tweeted “only one thing will work!” — suggesting a possible military conflict with a nuclear power.

Corker has since expanded on his attacks on Trump in an interview with the New York Times, saying he’s concerned Trump’s tweets are setting the U.S. “on the path to World War III.”

“He concerns me,” Corker told the New York Times. “He would have to concern anyone who cares about our nation.”

The spat between the Trump White House and Corker was started by Trump himself.

Trump first accused Corker on Sunday of begging for his endorsement. Trump went on to say that Corker decided to retire when Trump refused to endorse his re-election bid.

However Corker told the New York Times that Trump’s endorsement tale is a lie, and added that White House staffers have to work to “contain” Trump “every single day.”

“I don’t know why the president tweets out things that are not true,” Corker told the New York Times. “You know he does it, everyone knows he does it, but he does.”