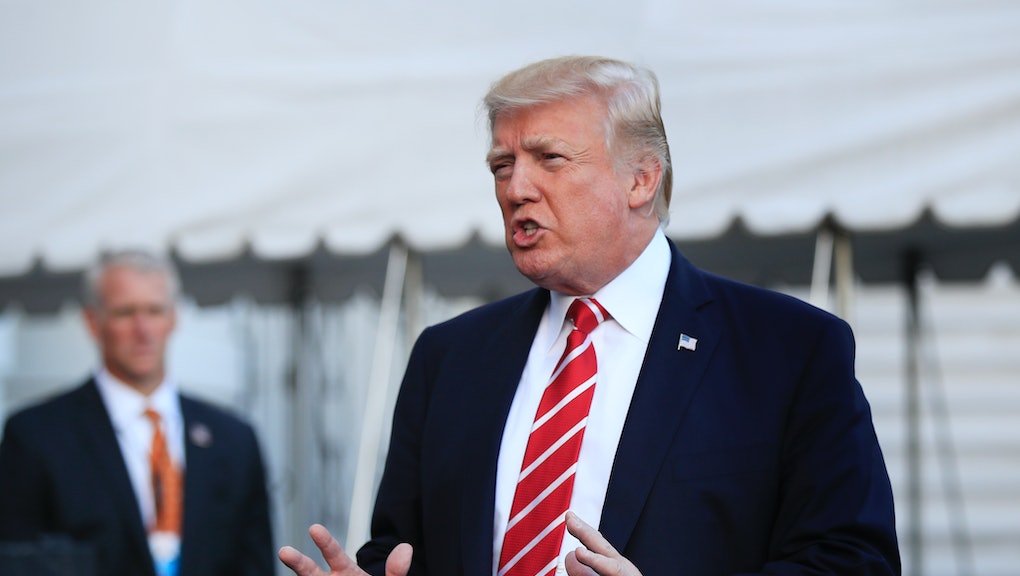 Trump says he’ll sign an executive order on health care. He used to say that was an abuse of power.

President Donald Trump said in a Tuesday tweet that he plans to sign an executive order on health care, saying he needs to take matters into his own hands thanks to Congress’ inability to repeal and replace the Affordable Care Act.

“Since Congress can’t get its act together on HealthCare, I will be using the power of the pen to give great HealthCare to many people - FAST,” Trump tweeted.

However, using the “power of the pen” is something he attacked former President Barack Obama for using throughout Obama’s tenure.

“The legislative branch, not the executive branch, writes these laws – this is the bedrock of our Constitutional system, which I took a solemn oath to preserve, protect, and defend,” Trump said in a statement, defending his decision to end DACA — which allows undocumented immigrants who were brought to the U.S. as minors to live and work in the country.

While it’s unclear what Trump’s executive order on health care will be, Trump could wind up doing the exact thing he said Obama didn’t have the constitutional authority to do — go over Congress’ head to create his own rules.

“What we’re doing is trying to keep it afloat, because it’s failing,” Trump said of the ACA, also known as Obamacare, in an interview with Forbes. “I mean the insurance companies are fleeing and have fled. They fled before I got here. But with that being said, no, Obamacare is Obama’s fault. It’s nobody else’s fault.”