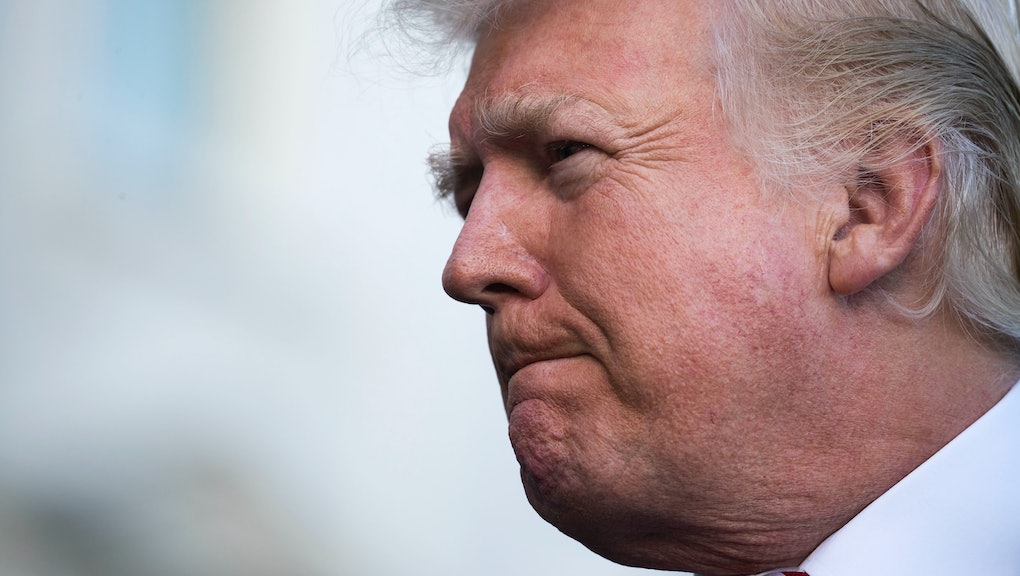 A Democratic super PAC is waging an ad war against President Donald Trump’s tax plan, running an attack ad that paints the proposal as a bad deal that will only benefit the richest Americans.

The ad, released Tuesday by the super PAC Priorities USA, features a smattering of blue-collar workers saying the tax plan won’t benefit them.

“I have a problem with Donald Trump’s tax plan,” says Will Collins, a man identified as a carpenter, who kicks off the spot — which will run in targeted states and on national cable, according to Priorities USA’s chairman Guy Cecil.

The ad continues with a diverse range of workers, from teachers to church administrators, who go on to say that the richest people in the country will receive most of the tax cuts, while middle class families will pay more.

“Eighty percent of the tax cuts go to the top 1%,” Mike Davis, a middle-aged white man identified as a telecom line installer, says.

“No early-morning tweet can make that right,” Davis continues at the end of the ad.

Tax experts say the tax plan Republicans released last month will benefit the wealthiest Americans, while middle-class earners will see an increase in their tax bill.

An analysis by the nonpartisan Tax Policy Center found that the top 1% — or people with incomes of $730,000 and above — would see their after-tax incomes rise by an average of 8.5%. That means they’d have an average tax cut of $129,030, according to the analysis.

Priorities USA conducted a poll that found voters support of the GOP tax plan plummets after learning about these statistics.

“There is a strong negative reaction against President Trump when voters learn that he is, ‘pushing a tax cut plan that would give the largest tax cuts to millionaires and big multi-national corporations, and would create new tax breaks that would allow the wealthiest Americans such as Trump to pay even less taxes,’” Cecil said in a news release.

More than two-thirds of voters, or 67%, say that the tax plan “gives them big concerns or some concerns about Trump,” according to the poll.

“Given the finding that the Trump tax plan can become a major vulnerability for President Trump and other Republicans who support it, Democratic-elected officials and progressive organizations should be aggressive in making the case against the tax plan,” Cecil said in the release.