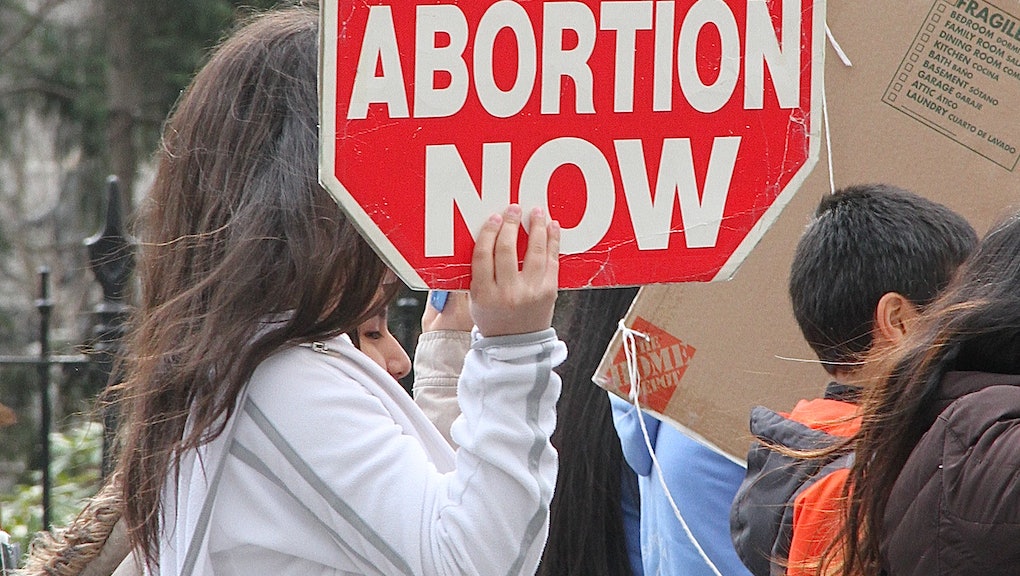 The Department of Health and Human Services is adding language to a draft of its “strategic plan” that echoes language used by anti-abortion activists to stigmatize abortion in the U.S.

A line in the overview section of the new document, first discovered by Politico, states: “HHS accomplishes its mission through programs and initiatives that cover a wide spectrum of activities, serving and protecting Americans at every stage of life, beginning at conception.”

Defining human life as “beginning at conception” has long been a key tenet of anti-abortion platforms, attempting to redefine the termination of any pregnancy as an act of murder.

In 2017 alone, multiple conservative state legislatures have introduced bills that would do everything from forcing a woman seeking an abortion to read anti-abortion literature about life beginning at conception, to redefining the concept of life under state law to make abortion illegal — a measure that has historically been found to be unconstitutional by the courts.

The plan was likely drafted before Tom Price’s departure from his role as Health and Human Services secretary. Price had previously served as a member of Congress with a strongly anti-abortion voting record.

Since Price’s resignation over his extravagant use of private charted flights on taxpayers’ dime, anti-abortion activists have been calling on Trump to choose a replacement that mirrors Price’s views on the issue.

The draft document also goes beyond promoting anti-abortion talking points by incorporating a number of other conservative reproductive care priorities, including repeated references to “faith-based” organizations, a likely nod to the fight over religious freedom exemptions in the Affordable Care Act for things like contraception.

As Politico noted, the plan also avoids talking about the the specific health needs of certain minority communities, as HHS strategic plans have in the past. Instead, the new plan speaks more generally about “populations at high risk.”

If Trump were to appoint a new secretary of Health and Human Services in the coming month, the department’s overall objectives could be subject to changes. The public will have until Oct. 27 to provide public comment on the new strategic plan before it takes effect.