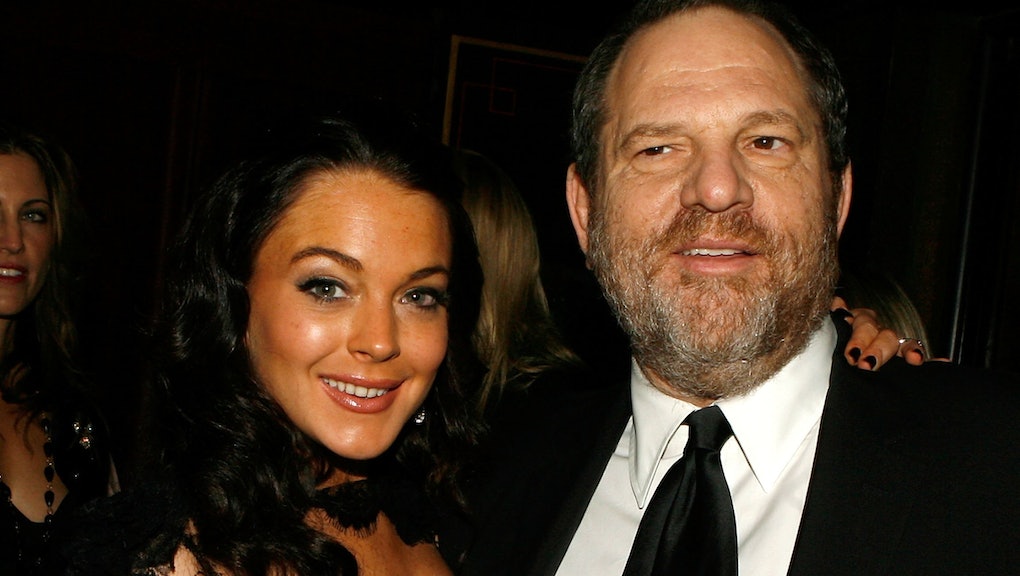 Lindsay Lohan and her mysterious accent are at it again, and this time “it” is an ill-conceived defense of alleged sexual harasser and rapist Harvey Weinstein.

In a now-deleted video posted to her Instagram, Lohan can be heard defending the disgraced Hollywood producer, who has now been accused of some form of sexual assault by more than a dozen women.

Later in the clip, Lohan calls upon Weinstein’s wife to speak out against her husband’s accusers.

“I think Georgina needs to take a stand and be there for her husband,” she says. “And he’s never harmed me or done anything wrong to me. We’ve done several movies together, and I think everyone needs to stop. I think it’s wrong.”

An angel emoji placed next to Weinstein’s name in the second half of the video appears to underscore Lohan’s belief in his innocence.

Since a bombshell New York Times report was published containing the first allegations of sexual misconduct, Weinstein has been fired from his Hollywood production apparatus, the Weinstein Company, of which he was a cofounder.

On Tuesday, the New Yorker published a 10-month long investigation into the accusations against Weinstein that contained the accounts of 13 women who claim to have been assaulted by him.