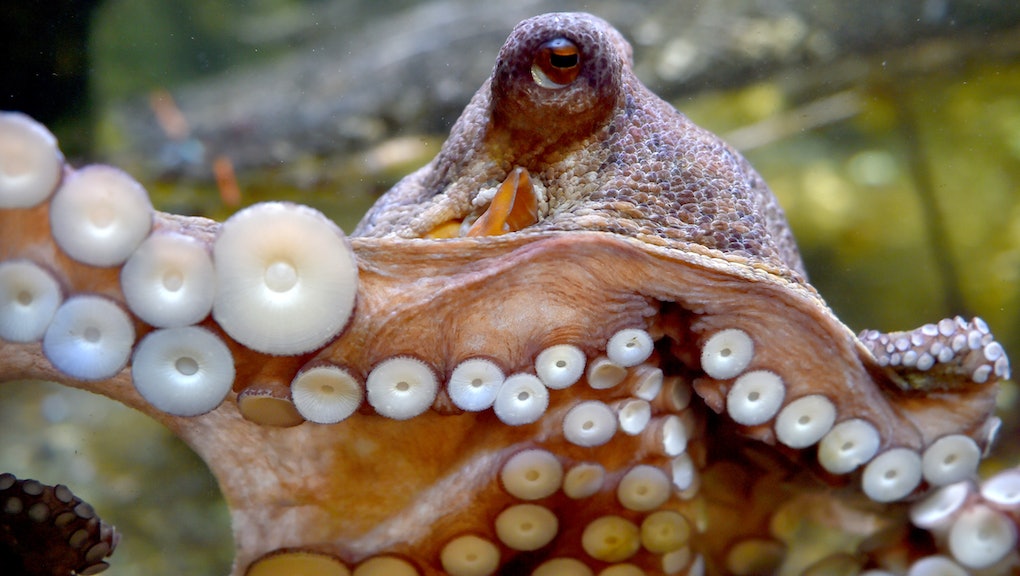 Imagine a robot that could suddenly inflate an outer layer of skin, causing its shape to morph into something that looked like a pockmarked boulder or a small cactus. This idea of transforming, camouflaged robots might not be too far off — and we’ll have the shapeshifting abilities of octopuses to thank.

Thursday, a group of researchers — led by Rob Shepherd of Cornell University and funded by the U.S. military, according to Newsweek — published their findings in the journal Science, explaining exactly how their research into the transformative properties of octopus skin could have real-world applications.

Essentially, what this team of researchers built was a membrane that can inflate into complicated shapes, using sheets of mesh to constrict the membrane in certain areas and allow it to more freely inflate in others. This mesh helps shape the membrane into unusual, organic shapes, which can create the illusion of a rocky surface, for example.

Of course, the researcher’s imitation of octopus skin is far simpler and more limited than what actual octopuses can do. According to Scientific American, actual octopuses have a vast network of papillae — small nubs — on their skin. Octopuses have control over the size of these papillae, which allows them to change their skin’s texture in the blink of an eye.

But right now, the membranes Shepherd and his team created can only oscillate between two states: inflated or deflated. The shape the membrane takes when it’s inflated is the same every single time. More research is needed to make these membranes more dynamic in their shapes.

Octopuses are born with this innate ability to change their form and color on the fly, and we’re still struggling to replicate it. But if we manage to copy this technique more accurately, it could change the way camouflage works forever.