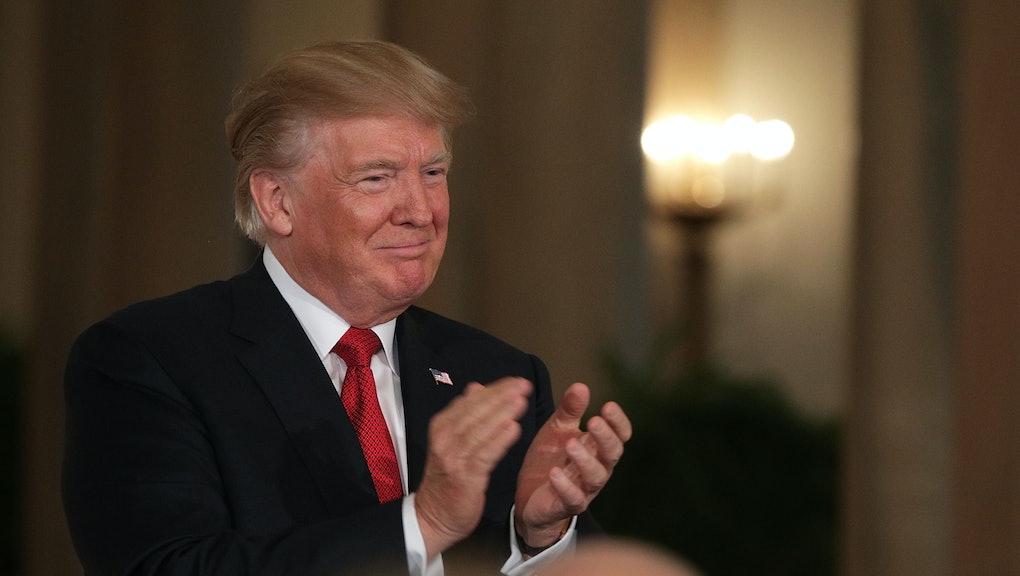 “The bailout of insurance companies through these unlawful payments is yet another example of how the previous administration abused taxpayer dollars and skirted the law to prop up a broken system,” White House press secretary Sarah Huckabee Sanders said in a Thursday night news release. “Congress needs to repeal and replace the disastrous Obamacare law and provide real relief to the American people.”

Some insurance companies had already assumed Trump would refuse to pay the subsidies, known as cost-sharing reductions, and increased costs of 2018 insurance plans.

Trump and other Republicans have pointed to those increases as proof that the ACA, better known as Obamacare, is failing.

However, insurance companies blamed Trump and his administration for the price increases.

Trump’s decision now puts even more pressure on the Republican-controlled Congress to come up with a health care fix.

Trump sent a tweet Friday morning suggesting his decision to end the subsidy payment was an effort to try and get Democrats to come to the negotiating table on an the ACA.

“The Democrats’ Obamacare is imploding,” Trump tweeted. “Massive subsidy payments to their pet insurance companies has stopped. Dems should call me to fix!”

A bipartisan group of senators had already been working on a plan to try and shore up the individual markets.

And a handful of state attorneys general, including New York’s Eric Schneiderman, said they will sue over the decision.

But ultimately, if Congress cannot come up with a fix, insurance companies could flee the individual marketplaces in the future, according to an analysis by the nonpartisan Congressional Budget Office.

“Insurers in some states would withdraw from or not enter the nongroup market because of substantial uncertainty about the effects of the policy on average health care costs for people purchasing plans,” according to an August CBO report.

“Today’s decision by the Trump administration to end the appeal of that ruling preserves a monumental affirmation of Congress’s authority and the separation of powers,” Speaker Paul Ryan said in a Thursday night statement, referring to a lawsuit House Republicans filed in 2014.