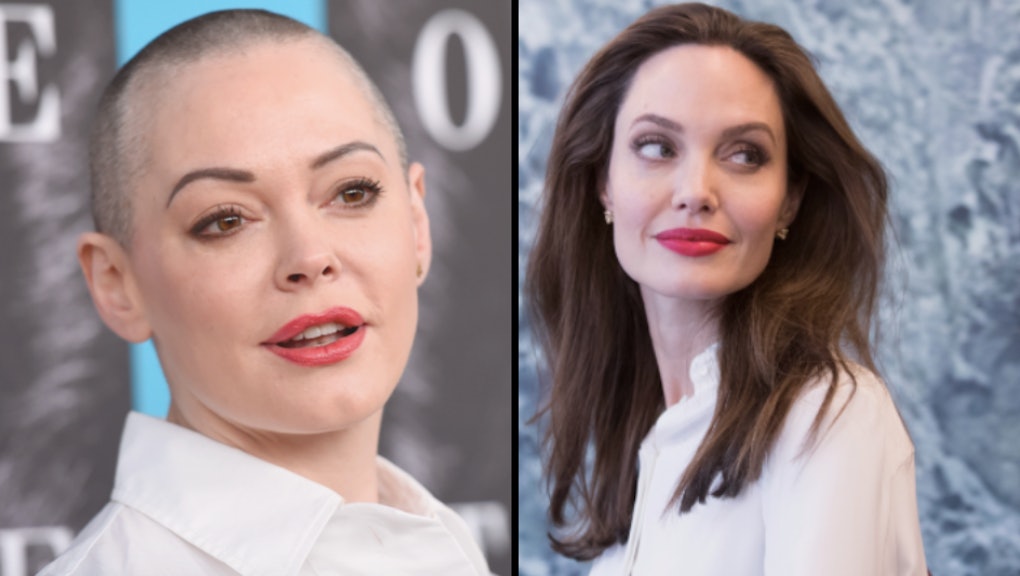 The Weinstein ripple effect: Why other women are feeling empowered to come forward about abuse

The “Weinstein effect” is helping victims of sexual harassment and assault to come forward — and that’s a good thing.

Early in October, the New York Times published a bombshell report detailing decades of allegations of sexual harassment against Hollywood producer Harvey Weinstein — among his alleged victims were actresses Ashley Judd and Rose McGowan. After the initial report, the floodgates seemed to open: Gwyneth Paltrow, Angelina Jolie and Rosanna Arquette, among others, told the Times about their experiences with Weinstein.

A report in the New Yorker about Weinstein, the result of a months-long investigation by Ronan Farrow, included accounts by 13 women who said they had been harassed, assaulted or raped by Weinstein.

The ripple effect, however, is going far beyond just Weinstein’s alleged victims. On Thursday, Isa Hackett told the Hollywood Reporter that she had been sexually harassed by Amazon executive Roy Price in 2015 — he was suspended from his role later that same day — and former model Carrie Stevens told the New York Daily News that Weinstein-defender and film director Oliver Stone had sexually assaulted her at a party more than 20 years ago.

After writer Anne T. Donahue asked on Twitter, “When did you meet YOUR Harvey Weinstein,” hundreds of women responded with stories of inappropriate comments, touching and sexual harassment they had experiences from men in positions of power.

And it wasn’t just women coming forward — actors Terry Crews and James Van Der Beek both came forward with their own stories about being sexually harassed and touched by “high level” and “powerful men” respectively.

Ted Rutherford, communications program director at the Texas Association Against Sexual Assault, said his organization was “not at all surprised” by the sheer number of “people coming forward to share their experiences with sexual harassment and sexual assault since the Times’ initial report came out.”

“When survivors do come forward and talk about what was done to them, their story serves as a form of permission for other survivors to do the same,” Rutherford said in an email on Friday. “Without a doubt, there is a sense of safety in numbers ... Prior disclosures, in a way, validate the future ones.”

According to activist and educator Jaclyn Friedman, author of the forthcoming book “Unscrewed: Women, Sex, Power, and How to Stop Letting the System Screw Us All,” the fact that so many women are coming forward with their own experiences of harassment and assault is, in part, a sign that women are feeling validated by the response to the allegations against Weinstein.

“Seeing accounts of sexual harassment get taken seriously helps women to take their own experiences seriously,” Friedman said in a phone interview on Friday.

“I see a lot of women who’ve convinced themselves its their fault,” Friedman said. “When they see that media narrative change … it can be really transformative.”

Part of what’s empowering about the response to the Weinstein allegations, Friedman said, is that he’s facing real consequences. “It’s great that Harvey Weinstein lost his job,” Friedman said. “I think that sends a really clear message.”

“The more we take victims seriously and the more the perpetrators face consequences,” Friedman said, the more people receive the message that harassment and abuse are unacceptable. “It absolutely can trickle down to a 16-year-old that, if a man as powerful as Harvey Weinstein can lose his job over this, it’s serious business.”

However the opposite may be true as well — when woman come forward with allegations of sexual abuse against powerful men, and those men face no consequences, it can communicate to victims that their experiences don’t matter.

“It’s hard to talk about this without simultaneously saying that there’s one man who’s had serious accusations leveled against him and has faced no consequences, and that’s Donald Trump,” Friedman said, referring to the more than 10 women who have alleged that President Donald Trump sexually harassed them, touched or kissed them without consent or spoke to them inappropriately.

Lorraine Bayard de Volo, a women and gender studies professor at the University of Colorado Boulder whose work deals with gender, power and violence, seemed to agree that when powerful men appear to face few consequences after allegations of abuse, it can “really reinforce the status quo.”

In a phone interview on Friday, Bayard de Volo said she wasn’t surprised that the initial Times report about Weinstein had led to so many other Hollywood figures coming forward about their own experiences of harassment — in fact, she said, “It’s what I would have hoped for.”

“It’s this process of normalizing objecting to harassment,” Bayard de Volo said. “Once prominent and well respected people start speaking out against this form of harassment it makes it more acceptable to do so.”

Bayard de Volo said she believes that the response to the reports of Weinstein’s patterns of alleged abuses will both empower victims and bystanders, who aren’t necessarily in danger themselves but are close enough to the situation to intervene.

“This is a real watershed moment and I do hope that it’s going to engender both people who are harassed and people who know about harassment to advocate against it,” Bayard de Volo said.