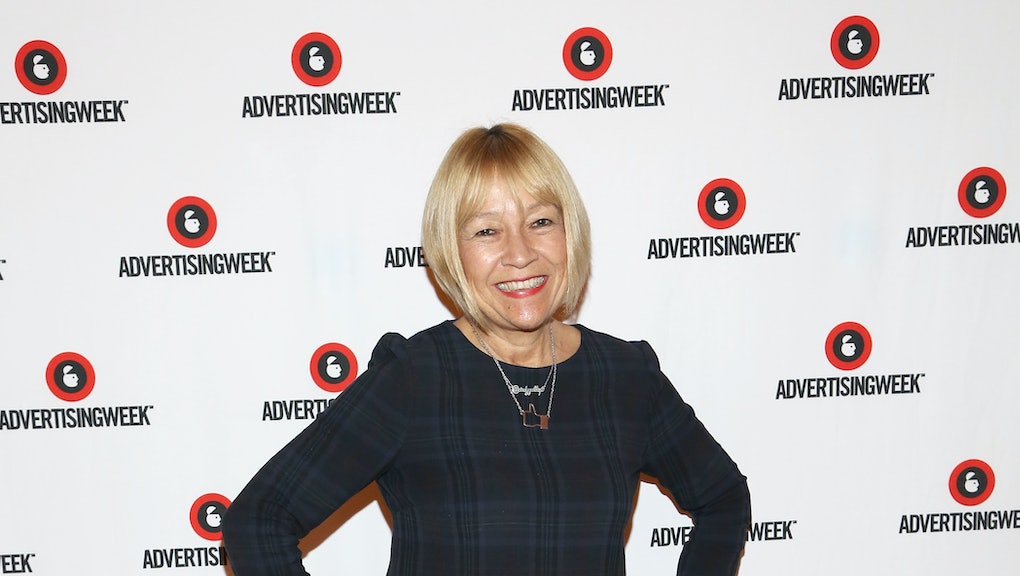 In wake of Weinstein allegations, Cindy Gallop is trying to call out abusers in the ad industry

As Harvey Weinstein’s career continues to collapse due to the wave of sexual abuse allegations against him, one woman is hoping to bring down the powerful men exercising the same abusive behaviors in the advertising industry.

In a public Facebook post Monday, entrepreneur and public speaker Cindy Gallop asked women — and men — who have experienced or witnessed sexual harassment in the advertising industry to send her their stories and name names so the perpetrators can be brought to justice. Gallop, who has a background in advertising and is the founder of such startups as IfWeRanTheWorld and MakeLoveNotPorn, said she hopes to connect those willing to go public with their stories with contacts in the advertising trade press.

“I want to see if I can encourage even just a handful of brave women to do what the incredibly brave women who spoke to Jodi Kantor of the New York Times did, which is to come forward, tell stories and name names in a way that would encourage the resultant launch of outpourings [that] has happened in the Harvey Weinstein saga,” Gallop said in an interview. “I just want to see if this is the moment in time when I can encourage just a few women to do that in a way that will then break this wide open in our industry, in the same way that this has been broken wide open in Hollywood.”

Gallop has spoken out about sexual harassment for years — including her own experiences as the victim of harassment — and has heard numerous stories from women about prominent men in the advertising industry. Many, she said, have been “terrified” to go public with their stories — and when they are willing to speak, the advertising trade media has often been afraid of the repercussions of publishing their allegations.

In the wake of the Weinstein saga and recent allegations against other powerful men, however, Gallop sees an opportunity for change. Previous high-profile instances of sexual harassment have acted as a “lightning rod for these issues,” Gallop noted, that only “demonstrate, unfortunately, how little change has been happening,” as people get worked up and then quickly move on.

“The onus should not be on us. It should be on men.” — Cindy Gallop

But current and recent waves of allegations against the likes of Bill Cosby, Roger Ailes, Weinstein and others shows “there’s a momentum here,” Gallop said.

“We are at a point in time where, hopefully, it’s not the isolated lightning rod where it goes back to business as usual. It is now breaking wide open in a way that I want to see it break wide open in every single industry, including my own,” she added.

Sexual harassment “goes away instantly” in gender-balanced or majority-female environments, Gallop said, because “when we have gender-equal or more female than male environments, there is no longer the implicit ‘bro’ endorsement inherent in a male-dominated environment that makes men feel it’s OK to behave like that.”

Until that gender balance can be achieved, however, Gallop is encouraging women to tell their stories as the best path toward affecting change — even though it shouldn’t be up to women to solve a problem perpetuated by men.

“I would urge every woman everywhere who has been nervous or weary — quite understandably, and rightfully — [to share] a story.” — Cindy Gallop

“This is me doing something that women have to do all the time, which we do not get paid for, which is the emotional labor of helping to solve this. The onus should not be on us, it should be on men,” Gallop said. “Sexual harassment is a male-driven issue — and, by the way, that is true for the males who are victims of sexual harassment as well — and the onus should not be on us to do the heavy lifting to change it.

“But obviously, something that does change it is enough women sharing their stories in public.”

By putting out her call for stories, Gallop is hoping she can be a “clearinghouse point” for several stories that can be banded together about a single powerful man, as it did with Weinstein, as well as get a “collective landscape of who is and isn’t willing to take that first step.”

While those who email Gallop don’t have to be immediately willing to go public with their stories, the entrepreneur encourages any woman who may be afraid to speak up about their struggles to reach out, regardless of whether they’re in the advertising industry.

“I would urge every woman everywhere who has been nervous or weary — quite understandably and rightfully — [to share] a story. There is no pressure on anyone to share their story … Women are entitled to not share as well,” Gallop said. “But for anyone who feels the time is now, please do move forward, because as I say constantly: If nobody speaks up, nothing changes.”