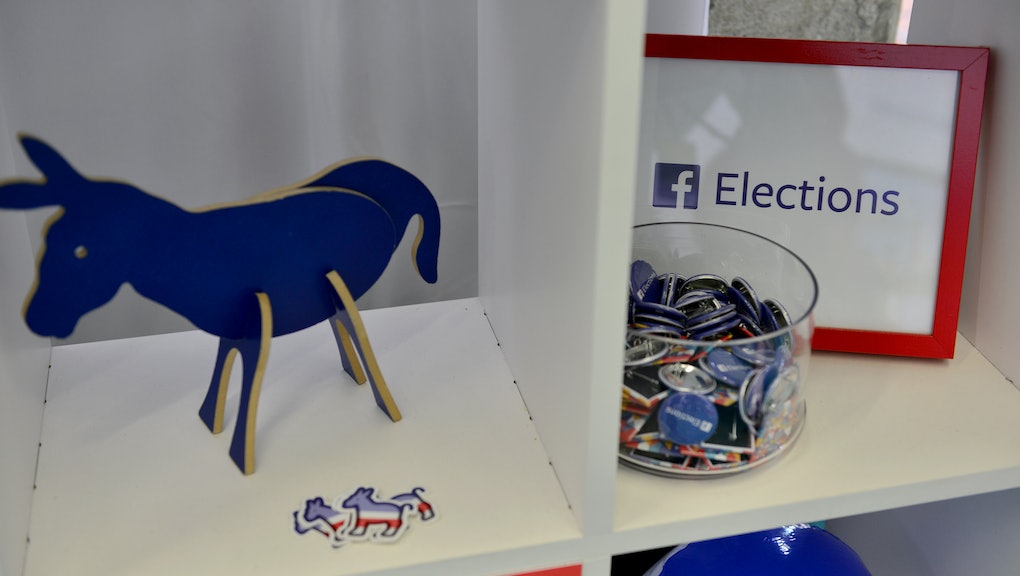 Behind the DNC infighting, there’s a deeper battle for the future of the party

At the conclusion of last week’s Democratic National Committee meeting in Las Vegas the news was blanketed with tales of of DNC infighting and disarray.

In a major staffing change, several longtime members of the DNC were removed or demoted, while new members perceived to be loyal to DNC chair Tom Perez were added to the committee.

After the changes, a small cadre of Democrats associated with the Bernie Sanders wing of the party were accused of conspiring to try and remove three black women who are members of the DNC, allegations they vehemently denied.

“That is a story that someone started to divide us,” one of the accused members, James Zogby, told a Politico reporter in response to those claims. “Damnit, it’s not true.”

Zogby had been a longtime DNC member and Sanders ally who was among those demoted as part of the staff shake-up. But individuals involved in the controversy believed that the rumors and staff changes went beyond the reported Sanders vs. Clinton wing battle that was reported in the press.

Specifically, some allege that the accusations against Zogby and others are part of a campaign of retaliation against a group of Democrats working to try and reform the DNC itself.

For months, a special commission of Democrats designed to bring reforms to the Democratic National Committee has been tasked with implementing changes in order to prevent the kind of infighting and mismanagement that plagued the Democratic party in 2016.

The Democratic Unity and Reform Commission met as party of the larger DNC meeting in Las Vegas. Mic spoke both on the record and on background with five members of the commission or commission staff both before and after the meeting, almost all of whom described a stonewalling of efforts to try and make the DNC a more accountable institution to its members and its state and local partners.

“This was an opportunity for real unity through reform, and I’m afraid they’re blowing it,” Zogby told Mic.

Originally conceived in July 2016 as part of an eleventh-hour compromise between the presidential primary campaigns of Hillary Clinton and Bernie Sanders at the Democratic National Convention, the URC’s goal was to come up with solutions to lingering issues over the way the DNC handled the primary between the two candidates.

The Clinton and Sanders campaigns each selected a slate of members for the commission, with a few additional members chosen by the DNC itself. The result was a mixture of DNC members, state party leaders, union leaders and politicians.

The commission had a series of mandates for reform, most of which had to do with changing the way that the party conducted its presidential primary. But it was also given a broader mandate for more general “party reform.”

Members of the commission told Mic that they had been working generally amicably to fix some of the most hotly contested 2016 primary issues, like who was eligible to vote in a Democratic primary and the role of so-called “superdelegates” in the Democratic nominating process.

But, when it came to the more general “party reform,” members disagreed on the scope kinds of changes were necessary to the structure of the DNC itself.

“[The DNC] have a history of putting on a good show but not really doing anything to follow through,” one member of the reform commission told Mic.

Though issues stemming from the primary had been a major motivating factor in creating the commission, for some members, “party reform” became a much bigger priority after Democrats’ historic loss in the 2016 election.

Members told Mic they began to take a broader view of the Democratic Party’s history of electoral failures over the past decade, noting the ways in which the national party in Washington had focused on national races, while allowing state and local parties to atrophy. In their eyes, the problem was not just the result of misguided focus or lack of investment, but a failure within the party structure to allow open and transparent debate around how the party used its limited resources.

“We lost 1,100 seats, not to mention municipalities,” one member said. “We lost against [Trump] who we outspent three-to-one, possibly four-to-one. State parties complain that they have $1,000 cash on hand, that they’re not getting any money.“

Jane Kleeb, chair of the Nebraska Democratic Party and a member of the URC says the party’s top priorities should be increasing accountability and shifting focus away from expensive Washington consultants — who have delivered little in the way of electoral success in recent years — and toward helping state parties.

“I will tell you, Wisconsin and Minnesota and Michigan state parties, were banging their heads against the DNC wall.” Kleeb said, referring to the lead-up to the 2016 general election. “Nobody at the DNC was listening to the Wisconsin party chair who was saying, ‘[Hillary Clinton] needs to come here. We are hearing at the door that they’re gonna vote for Trump.’ [Those pleas] fell completely on deaf ears.”

Kleeb was also among the DNC members accused, along with Zogby, of conspiring to remove three black women from the DNC. Her comments to Mic came prior to the release of the new delegate slate and the accusations against her.

After the accusations came out Kleeb said in a statement, “Rumors and ugliness is something I just do not want to engage in. Its all familiar tactics from the primary and I did not engage with those negative aspects of politics then either.”

A few commission members say they suggested simple fixes like making the budgeting process more transparent and creating a body within the DNC for members to bring concerns.

Zogby, told Mic that in his 25 years on the DNC he has never once seen a budget, despite bylaws that he claimed mandate that DNC and executive committee members access the budget and evaluate its effectiveness. Zogby had served on the executive committee since 2001, before being demoted ahead of the DNC meeting in Las Vegas.

DNC staffers for the commission pushed back on the notion that the budget is tightly guarded, noting that all of the DNC’s expenditures are available through mandatory FEC filings and that members can bring any complaints they have about DNC procedure to the rules committee, which is appointed by the chair.

But members argued that searching through FEC files is not the same as having an active role in deciding how party resources are doled out.

Zogby and other commission members claim that without a mechanism to force the DNC to follow its own bylaws, it essentially operates however the chair sees fit, which has repercussions for everything from how the party selects its nominee to how it distributes funding.

“There needs to be a kind of a review board, a judicial committee of some sort to which you can bring problems when they occur,” Zogby said, citing flaps over the Democratic primary debate schedule in 2015 and the infamous leaked emails that showed DNC staffers disparaging the Sanders campaign as examples of the DNC being ill-equipped to respond effectively to members’ concerns.

But so far, his proposals for reform have essentially been dead on arrival.

Zogby and other reformers on the commission say that ideas are typically met with vague acknowledgement of the underlying issues, but once they are asked to support the reforms, committee members close to party leadership demure or refuse to state their position.

“I don’t think they want to do anything,” one member said, describing the way that several other DNC members have treated their duty to reform the party. “I think that they’re there to protect the interests of the consultants that have been running the party and that’s what they’ve been doing for 20 years.”

After the staff shakeup, Zogby was removed from his influential position on the DNC’s executive committee, a move that one fellow reformer saw as retaliation for his attempts to make the DNC more accountable. A spokesperson from the DNC denied to Mic that the demotion had anything to do with Zogby’s reform efforts.

Many outlets have focused on the DNC infighting as a result of ongoing rivalries between the Sanders and Clinton factions.

But despite but looming tensions between Sanders and Clinton supporters, some members of the Unity and Reform Commission say that the barriers to reform are not the result of that lingering division, but rather a resistance to calls for more transparency from insiders close to DNC leadership.

“It’s not Bernie versus Hillary,” Kleeb, of Nebraska, said. “For me, it’s centralized versus decentralized view of party building … do you believe in a decentralized grassroots party, or do you think that the ‘expert’ consultants know better? For me, that’s really what it comes down to.”