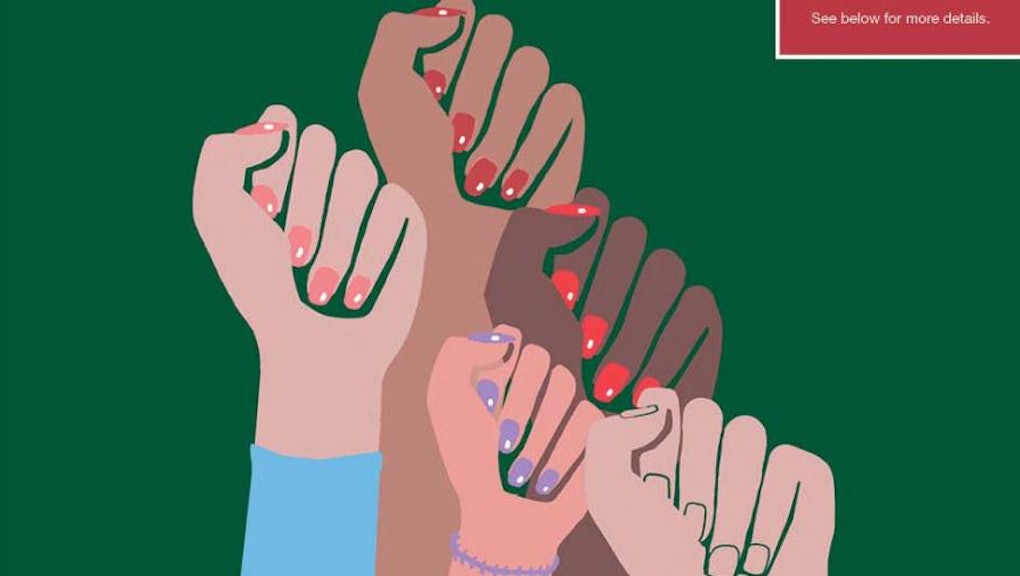 It can be empowering to share women’s stories of pain. But to what end?

Of course, me too.

I was sexually assaulted nine years ago. I knew my assailant, I had invited him to my house. I was blacked out on alcohol. I don’t remember much, but I remember enough to know it wasn’t right. I didn’t talk about it for 8 years. I was already a feminist writer, running a major platform and had just gotten my first book deal. I didn’t want my career to be defined by something I didn’t have control over. And on some level, I felt I should have known better.

I was silenced by shame and, in the last few days, we’ve learned I’m really not alone. Using the hashtag #MeToo, a call to action boosted by Alyssa Milano on Twitter — but actually started by activist Tarana Burke 10 years ago — in response to three different reports exposing Harvey Weinstein’s decades of alleged sexual harassment and assault, people have taken the opportunity to talk about how commonplace sexual abuse is, in every industry, in every home.

By Tuesday morning, social media feeds were full of mostly women’s stories of abuse and harassment. Rape culture, a culture that subsists on disrespecting women’s bodies, boundaries and consent, has implications more far-reaching than many of us had realized.

But one voice was notably absent from the conversation: men. Sure, there were a couple of your routine “I believe yous,” or statements of shock at realizing how many people in their lives were victims or survivors. A few even acknowledged their role in perpetuating the problem. But overall, it’s worth asking: Where were the rest? Where were all the men matching these women’s bravery, and coming forward with their own stories of abuse?

I am reluctant to even ask, “What about the men?” But we have to, because rape is not the victim’s responsibility to stop (we would never blame someone for having a car because their car got stolen). As we are faced, again, with the ghastly reality of the rate at which women are subjected to sexual abuse, mathematically, most men are also implicated. According to RAINN, there are approximately 321,500 victims of sexual violence every year, 1 in 6 women will experience some sort of sexual abuse in her lifetime, but only 6 out of every 1,000 perpetrators end up in prison. In a study done by Cosmopolitan, 1 in 3 women has been sexually harassed at work.

For every woman you know that has been assaulted or harassed, there’s a man or several men — many of whom you know — who has been responsible for either standing by while someone else was harassed or did nothing when they knew one of their friends did something to violate a woman. Or they overheard macho talk about women but said nothing. Or they harassed someone or, worse yet, assaulted someone.

And in light of how much power men have in the equation, former Vice President Joe Biden announced a program in February 2016 that targets men’s complacency toward ending sexual assault, specifically on college campuses. The strategy guiding the program is “bystander intervention,” a method rooted in decades of research into the social and cultural systems that allow for rape to occur and has a simple call to action: If you see something, say something. One study found that after a campus was educated on bystander intervention, it saw a decrease in assault rates. Presumably, that’s men holding other men accountable.

Yet despite this, the majority of men stay silent about the role they’ve played in supporting a culture of rape. Maybe they are scared of how it would look to have been bystanders, to not have taken responsibility or intervened. Maybe some fear legal ramifications. But, men, if you believe it’s outrageous that Weinstein or Bill Cosby or Bill O’Reilly or Roger Ailes or R. Kelly or so many others could allegedly rape and harass their way to the top, consider the men around them that said nothing, too.

The epidemic of sexual assault will not end because survivors are sharing their stories, or because well-intended people say, “I believe you,” after it has happened. Rape culture is about more than just individual action. It is about shifting a culture that believes women’s bodies are public property, and assumes that men can’t suppress their sexual desires because it is in their nature.

It’s also about changing the belief that women are responsible for making sure men don’t rape them and getting men to acknowledge that rape culture hurts them, too, even as it benefits them. We know that if men don’t speak out and change their behavior, women will never be free of the threat of sexual abuse. It’s going to take many men speaking out, regularly, to finally put an end to it.

I don’t share my story of assault lightly. It was hard for me to come forward as a victim and a survivor in my personal life and as a writer. And I’m still not comfortable with it. It honestly feels like it’s not anyone else’s business, and I shouldn’t have to share my story for you to believe this is a problem. Nor should thousands of other women who have to come forward with their own stories. But apparently, we do.

And while coming out as a sexual assault survivor feels empowering, it remains true that the burden to bring one’s pain to light falls consistently on the victims of those crimes. The ritualistic mourning of women’s pain without working toward solutions isn’t very empowering. Men’s reactions, outside of those that have bravely come forward as survivors, could be crucial.

Late last night, I saw one male friend come forward. Using the hashtag #ItWasMe, he shared some of the many times he didn’t intervene to stop harassment or assault, and even some where he was the perpetrator — including a time in middle school when he invited a girl to the “kissing booth” and she said he could kiss her on the cheek but instead he “Frenched” her and then denied it later on. And how after reflecting on it, he committed to being more aware of the ways he supported a culture of rape. I teared up reading it, not just because I was proud of him for sharing something he surely felt ashamed about, but because I imagined what it would be like for my abuser to come forward and acknowledge that I was too drunk that night, that he shouldn’t have done what he did and that I didn’t deserve it. That he was sorry, and that he would try to do better.

I shouldn’t need that to move on, and it might be too much to ask. But it shouldn’t be.