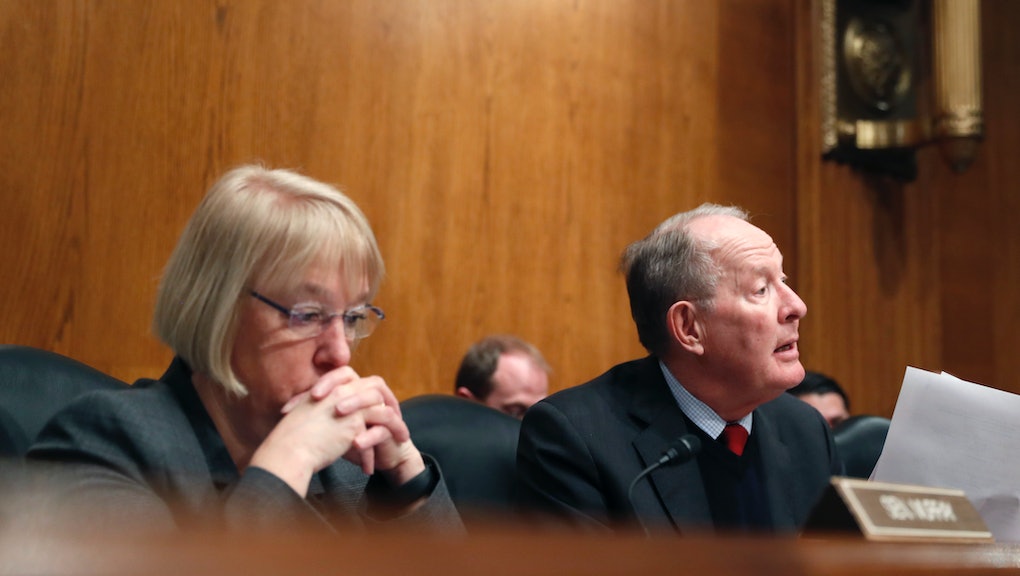 Sens. Lamar Alexander (R-Tenn.) and Patty Murray (D-Wash.) have agreed to fund the critical Affordable Care Act subsidies for two years in an effort to stabilize the insurance markets, according to the Times.

The Trump administration on Thursday announced that it would stop paying for the subsidies that lower premium costs for low-income Americans. Early the next morning, the president tweeted that “ObamaCare is imploding” and that “Dems should call me to fix!”

On Monday, he said ending the critical cost-sharing reductions meant that there is “no such thing as Obamacare anymore.”

According to the Times, the Alexander-Murray deal represents “an important step” in shoring up the markets, but that it’s not clear if anti-ACA conservatives in the Senate and House will get behind it.

During a joint press conference with Greek Prime Minister Alexis Tsipras on Tuesday, Trump said that the White House had been involved in the deal, but that it would be a “short-term solution” that would help over the next “year or two years.”

“It will get us over this intermediate hump,” Trump told reporters in the Rose Garden of the White House.

According to the president, he will still try to push for the block grants to states that were central to the Graham-Cassidy plan — which failed in September when it did not get enough Republican support to come up for a vote in the Senate.

Trump said that the “disaster” of the ACA is “virtually dead” and promised another repeal and replace effort — after he finishes with his vague, ambitious tax reform plan “hopefully ... in the very near future.”

“As far as I’m concerned, [the ACA] is dead,” Trump said. “We feel we have the votes. We will be doing that right after the taxes.”