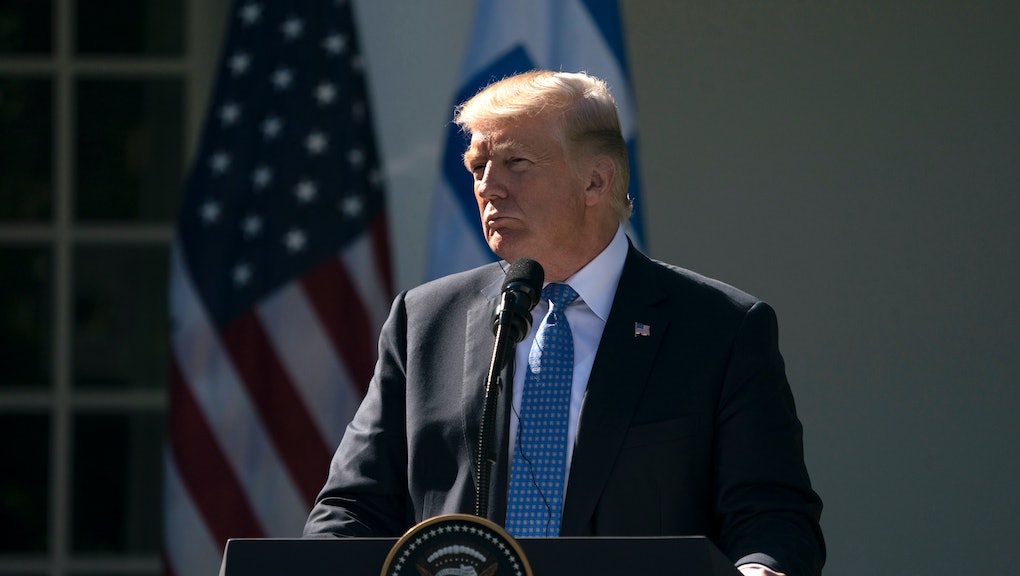 In the past 2 weeks, Donald Trump’s approach to immigration has shifted even further right

Every day, we bring you a different dispatch on Trump’s America. Today’s focus: immigration.

Wednesday’s dispatch: A Mic exclusive on immigration and the Army

Experts told Mic that the move violates federal law. It comes after the Trump administration said Friday that green card holders could still enlist, but only if they had completed a background check before shipping out to basic training.

Green cards give immigrants permanent legal status to live and work in the United States. During each 10-year window that a standard green card is valid, immigrants have essentially all the rights of U.S. citizens.

“Barring all immigrants from enlisting is harmful to national security and is unlawful, because federal law allows them to enlist,” a citizenship and immigration lawyer told Mic.

Keeping on the topic of immigration, let’s review some other recent headlines about the Trump administration’s anti-immigrant policies:

• On Tuesday, a federal judge in Hawaii again blocked the president’s travel ban just before it was to be implemented. The judge cited Trump’s tweets in blocking the order that would have prevented travelers from eight countries from entering the U.S.

• The U.S. is planning a major increase in jails for immigrants, USA Today reported, as the Trump administration has so far in 2017 arrested 43% more people suspected of being in the U.S. illegally than the Obama administration did over the same period of 2016.

• The Trump administration recently said it will shut down the government in December if funding for the president’s border wall does not come through.

• Earlier in October, Trump unveiled his “immigration priorities,” which demanded funding for hardline immigration policy in exchange for protecting DACA recipients. Among other changes, Trump wants to make it harder for refugees to find asylum in the U.S. and increase deportation of immigrant children.

Today’s question: What do you think the long-term effects will be of Trump’s anti-immigrant policies?

The subsidy deal: Sens. Lamar Alexander (R-Tenn.) and Patty Murray (D-Wash.) reached an agreement on Tuesday to fund cost-sharing reduction payments to health insurers over the next two years. Those subsidies are key to keeping private health insurance companies operating in tough markets — and preserving coverage for millions of people on the individual market.

Trump said he’ll support the deal, but he still says the Affordable Care Act is “dead.” The problem: This deal is far from passage, and Trump does not seem interested in brokering a truce — a role many see as necessary.

The director of White House trade and manufacturing policy circulated a two-page document last month claiming a decrease in manufacturing increases abortions, infertility and spousal abuse. The Washington Post reported Peter Navarro, the White House official, was apparently trying to use those arguments to make the case for more nationalist trade policy.

Sen. John McCain (R-Ariz.) will vote “yes” on the budget the Senate is considering, paving the way for Republicans to consider $1.5 trillion in tax cuts over the next decade.

NFL owners said they will not punish players for kneeling for the national anthem. That drew an angry Trump tweet on Wednesday.

Here’s how the Movement for Black Lives is organizing voters to head to the polls ahead of the 2018 midterm elections.

In an early test of Democratic energy, the Virginia gubernatorial election has tightened. Lt. Gov. Ralph Northam, a Democrat, and Ed Gillespie, a Republican, are now running neck and neck, according to a new Monmouth University poll. In September, the same poll had Northam up by five points. Democrats and grassroots groups are pouring resources into the state, hoping to keep the governor’s mansion and win control of the state legislature.

The head of the Federal Communications Commission said, “I believe in the First Amendment,” declining to make any moves to revoke licenses for broadcast news companies.

In Alabama, new polling shows the U.S. Senate race between Roy Moore, the Republican, and Doug Jones, the Democrat, in a virtual tie. That race could now be a major opportunity for the Democrats ahead of the December special election.

It’s worth watching — and fact-checking — exactly what the president said about whether his predecessors had called the families of fallen soldiers. Tap or click the video below to watch.