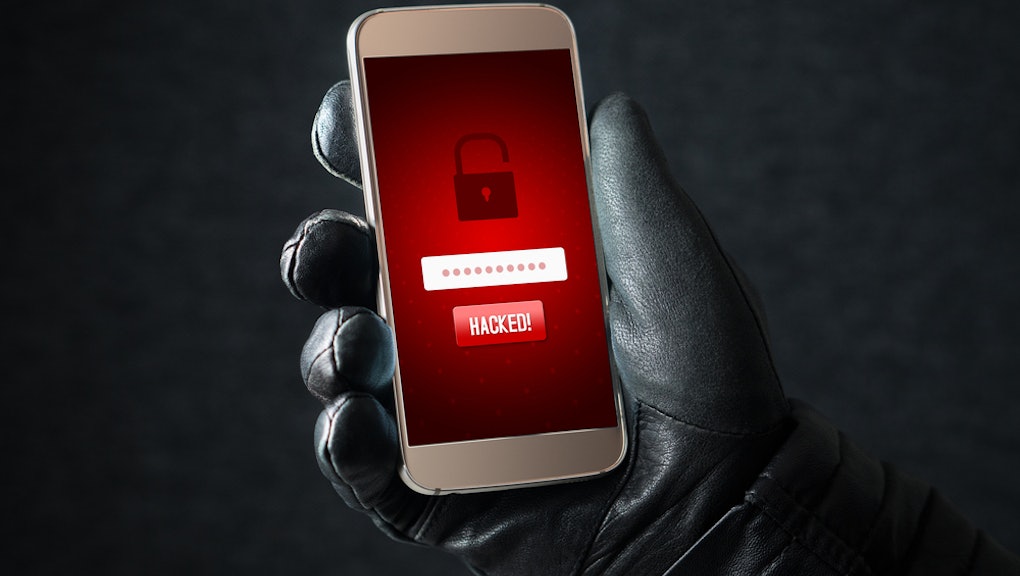 In case recent data breaches at Equifax and fast-food chain Sonic left any doubt your personal data is increasingly at risk, the Identity Theft Resource Center — which has been tracking data breaches since 2005 — has reported that 2017 is on track for the highest number of such incidents ever.

But how much your data is at risk varies widely from state to state, as does the average dollar amount lost to such breaches. To give you a better idea of your personal risk, WalletHub on Wednesday released its annual ranking of states (plus the District of Columbia) most vulnerable to both identity theft and fraud. Whereas identity theft typically involves someone stealing information like your Social Security number to file fake tax returns or open accounts in your name, fraud occurs when a thief simply uses your card without your knowledge.

Losses from identity theft tend to be bigger — as much as $17,000 per incident on average, according to WalletHub’s report, versus a maximum amount of just over $2,300 per incident for fraud. What’s more, “in some states like New York, California or Texas, the huge metropolises there tend to have higher losses,” WalletHub analyst Jill Gonzalez said in a phone interview. That may be because fraudsters target cities with high densities of high-income residents.

While millions of people have had their personal data stolen, only a tiny percentage actually report financial losses: The highest fraud rate, for example, was in the District of Columbia, where just 1,475 complaints per 100,000 residents were reported. That’s less than 2%. The rates are even lower for identity theft, topping out at 199 complaints per 100,000 residents.

WalletHub came up with its ranking by comparing states in three key areas: identity theft reports, both in terms of frequency and the average dollar amount per incident; the fraud rate, based on the number of complaints and the average amount stolen; and policies aimed at protecting consumers from fraud and ID theft.

To create these rankings, WalletHub pulled data from the Federal Trade Commission, the Internet Crime Complaint Center, the FBI, the Department of Homeland Security and National Conference of State Legislatures.

So, how does your state rank? Read on to find out.

The devil is in the details in the WalletHub rankings: Even though the Nutmeg State ranks 10th overall in terms of vulnerabilities, it’s actually the second-worst state for ID theft. Fraud, on the other hand, is somewhat less of a problem, with Connecticut ranking higher than all but 11 states. It’s also among the top half of states when it comes to policies aimed at reducing both problems.

The Empire State has a big problem with identity theft, ranking fifth-worst. It does a little better when it comes to fraud — at 20th worst — which is the best ranking among the 10 states listed here.

The Lone Star State is hardly alone when it comes to problems with fraud and ID theft, ranking seventh and 13th in each category, respectively.

Hitting the casinos at the gambling capital of the U.S. isn’t the only way you’re taking risks with your money here. The state ranks fifth-worst for fraud overall, versus 14th-worst when it comes to identity theft.

This midwestern state has a worse problem with identity theft (ranking eighth-worst overall) than fraud, where it ranks 12th-worst in the nation. It’s also a standout when it comes to the number of ID theft complaints, at roughly 176 per 100,000 residents, one of the highest rates on the list.

This southern state is no peach when it comes to the rate of fraud and ID theft, ranking 10th for the former and seventh for the latter. It does much better, however, when it comes to state policies aimed at preventing both problems.

The Sunshine State has the second-worst fraud rate, which factors in both frequency and dollar amount reported. It’s also the 12th-worst when it comes to identity theft.

Sadly, our nation’s capital is the ninth-worst place for ID theft and sixth-worst for fraud. The only area where it shines is in compliance with the REAL ID Act, which requires stricter rules for proving identification when accessing federal facilities, nuclear power plants and federally-regulated commercial aircraft.

This small state has a big problem with consumer safety, ranking third-worst for ID theft, 18th-worst for fraud and worst of all when it comes to policies to protect against both vulnerabilities such as the ability of parents or legal guardians to place a security freeze on a minor’s credit report, the availability of an identity theft passport program and compliance with the REAL ID Act.

Identity theft is so bad in the Golden State that even though it ranks much better in terms of fraud (19th-worst) and policy (10th-worst) compared to other states, it still topped WalletHub’s list as the worst overall state for ID theft and fraud. Losses from ID theft average more than $17,000 per complaint there, and there are 139 ID theft complaints per 100,000 residents. “Because California had such huge losses from identity theft, that is why it ranked number one overall,” WalletHub’s Gonzalez said.

How to protect yourself from ID theft

The good news is there are lots of moves you can make to protect yourself from identity theft.

1. Keep your credit card info close and your cards closer

The most important step is to keep your credit card information as secure as possible by only carrying the cards you need and not saving your credit card information to sites where you make purchases. (It’s harder to steal your info if no one actually has access to it.) You should also leave your Social Security card at home, since giving that number away could open up all kinds of problems — like people filing false tax returns or applying for jobs using your Social Security number (and putting you on the hook for any taxes owed on those earnings).

2. Use apps and alerts to keep an eye on accounts

Next, make a point of checking your credit card statements for any unusual charges at least once a month, definitely before your bill comes due. If you see a fishy charge, many card companies will let you dispute the charge online, and some will even give you a provisional credit while they investigate the incident. You can also set up alerts for large or unusual charges.

Thieves can be sneaky and open a new credit card in your name without you knowing until the bill comes due. That’s why it’s important to get a free copy of your credit report at least once a year from AnnualCreditReport.com, which lets you see exactly which accounts are open in your name at each credit bureau.

Once you get it, study it over like you’re cramming for a high school calculus exam: If you see an account you did not open, report it to the credit reporting agencies ASAP and call the card issuer to let them know about the fraud — then follow these steps for reporting identity theft.