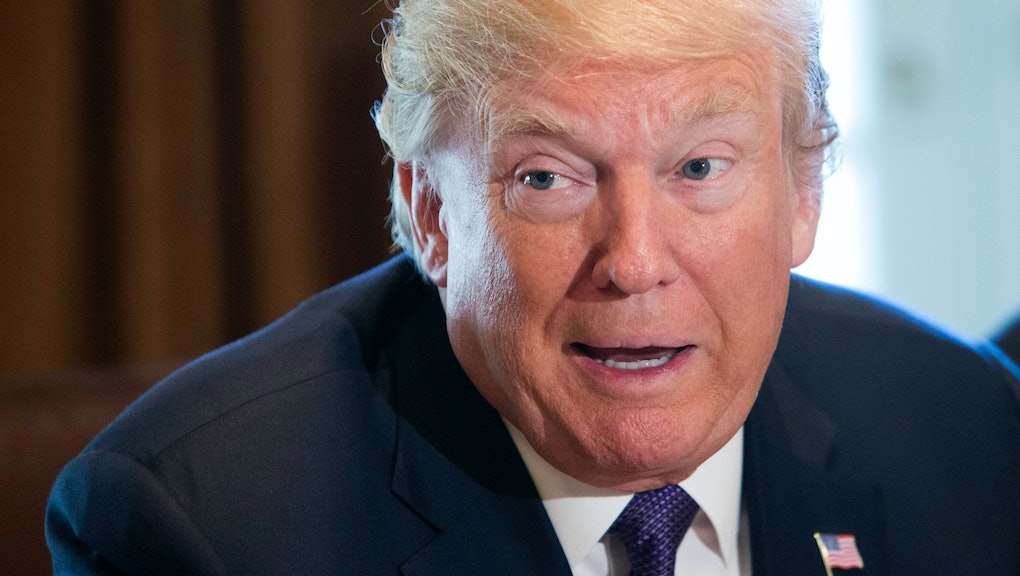 Trump’s tweet about the Russian uranium deal, explained and debunked

Coincidentally penned just 15 minutes after a segment on the same subject aired on Fox & Friends, the tweet references a controversy that dates back to 2010 over the sale of more than 20% of the U.S. uranium supply to Russia. Uranium is a “heavy metal,” often used in nuclear reactors, according to the World Nuclear Association.

The State Department, which was indeed helmed by Hillary Clinton at the time, did play a role in orchestrating the deal. But as the Washington Post and others have explained, the situation is far more nuanced than Trump’s tweets allow for.

In 2010, the Committee on Foreign Investment in the United States and the U.S. Nuclear Regulatory Commission approved a deal to allow Russia’s nuclear energy agency, Rosatom, to buy a majority share in the Canadian mining company Uranium One.

The sale gave Russia the rights to roughly 20% of U.S. uranium extraction capacity at a moment when the administration of former President Barack Obama was maneuvering to “reset” frost relations with Russia — an initiative Clinton was spearheading as secretary of state.

On Tuesday, the Hill reported that the FBI had been tracking evidence of employees at a subsidiary of Rosatom accepting bribes and kickbacks from American companies as early as 2009, before the deal had even been approved.

The report spurred Sen. Chuck Grassley, the Senate Judiciary Committee chairman, to announce a probe of the deal — and prompted Trump to revive his old accusations that Clinton used to deal to line her own coffers.

But as the Washington Post previously reported, the approval of the deal was not something that rose to the level of requiring direct approval from then-Secretary of State Clinton.

“I was not personally involved because that wasn’t something the secretary of state did,” Clinton said during an interview with a New Hampshire TV station in June 2015.

Michael McFaul — the National Security Council’s senior director for Russian and Eurasian affairs from 2009 to 2012 — bolstered Clinton’s claim, telling the Post that the approval for the deal would not have been the secretary of state’s purview in the first place.

“Knowing how the CFIUS process works and how the bureaucracy at the State Department works, I cannot imagine that such an issue would be reviewed by the secretary of state,” he said. “There is a hierarchy in place precisely to protect the secretary’s time for only the most important of issues and meetings.”

While Clinton did receive $145 million in donations to the Clinton Foundation from nine investors involved in the deal, Trump’s claim that the money came as part of a quid-pro-quo agreement has also been repeatedly debunked. According to PolitiFact, Clinton received the bulk of those donations two years before the deal was approved — before her tenure as secretary of state had even begun.

While it’s true that the State Department green-lit the contentious deal, Hillary Clinton herself did not play a role in its approval — a myth that has been repeatedly debunked.