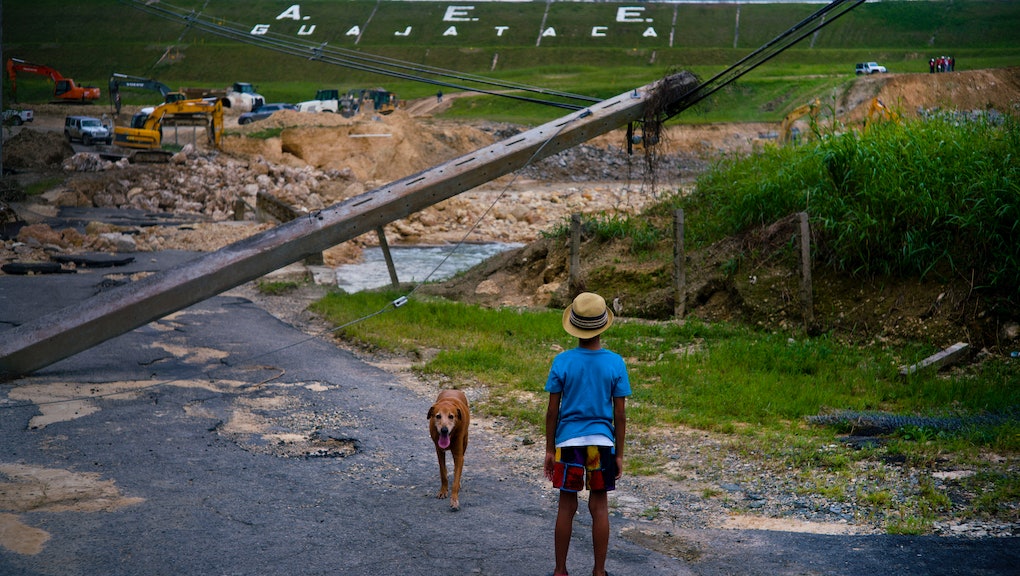 President Donald Trump on Thursday told reporters that if he were to grade his administration’s response to the aftermath of Hurricane Maria in Puerto Rico, he would give it a “10” on a scale of one to 10.

According to Jenna Johnson, a politics reporter at the Washington Post, Puerto Rico Gov. Ricardo Rossello also expressed satisfaction with federal relief efforts during the same exchange, confirming that the White House had answered “all of our petitions” in the weeks following the storm.

But despite the president’s ebullient praise for the aid response Puerto Rico has received, the small island is still beset with a nightmarishly long list of problems as it slogs through efforts to rebuild its decimated infrastructure.

Below are some of the ways Puerto Rico is still ailing in the wake of the record-breaking storm — and how the U.S. government response definitely has room for improvement.

The death toll is still rising

The most recent death toll on the island is 48, according to data released by the Puerto Rico Department of Public Safety on Saturday.

But that number could still continue to climb — and, if experts are to be believed, it could wind up skyrocketing.

Only about 17% of the island currently has electricity

According to FEMA data released on Oct. 18, the electrical grid in San Juan’s financial district has been restored, bringing the total number of customers on the island with electricity up to 17%.

More than 1 million citizens are still without clean water

According to the New York Times, the situation has gotten so dire that many civilians have tried to skim water from Superfund sites, which is filled with hazardous waste.

The island’s agriculture industry has been devastated.

Hurricane Maria’s strong winds and heavy rains ripped crops out by the roots and flattened entire farms, leaving the island devoid of 80% of its crop value in a matter of days.

Puerto Rico, already in the throes of an economic recession, will now be without many of the locally farmed products that provided sustainable alternatives to the roughly 85 percent of all food products the island already imports.

“When I heard the meteorologist say that the two had turned into a three and then a four, I thought, ‘Agriculture in Puerto Rico is over,’” José Rivera, a farmer, told the Times. “This really is a catastrophe.”