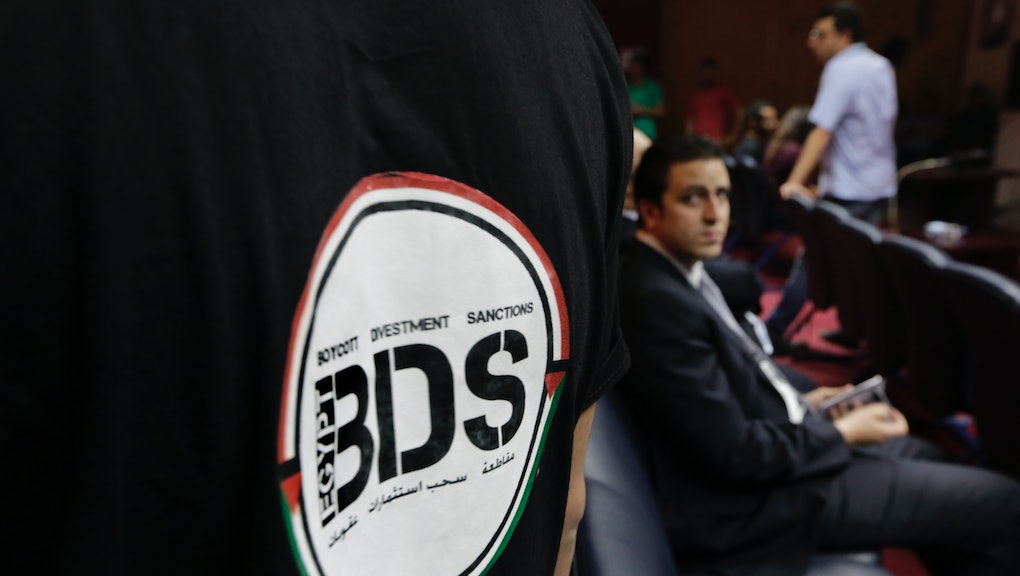 Residents of Dickinson, Texas, are still reeling from the effects of Hurricane Harvey, which devastated parts of the state’s coastline in August. But anyone looking to apply for relief grants to help the city recover will have to first declare where they stand on the Israel’s occupation of Palestine.

An application for Harvey relief, accessible through the city’s website, requires that anyone applying for a grant must first certify that they will not boycott the state of Israel.

The American Civil Liberties Union has already come out against the requirement calling it unconstitutional on First Amendment grounds.

Mic reached out to Dickinson City Administrator Alun Thomas for comment but did not receive an immediate response.

But the problem of restricting critical aid over Middle East politics may be much bigger than this one small town. In May, Texas Republican Gov. Greg Abbott signed into law a statewide prohibition barring government agencies in Texas from working with or funding any group or organization that supports the Boycott, Divest and Sanction movement.

BDS is a tactic used by groups and individuals who oppose Israel’s occupation of Palestine. Participants do not purchase products made in Israel, support divesting from any investments in Israel and promote international sanctions against the state for its actions.

Towns like Dickinson may be including odd provisions like the one in their application in order to comply with state law. If that is the case, then towns across Texas could be required under state law to do the same.

“If these funds are administered by a state agency, then these funds have to be dispersed in a way that follows the laws of the state of Texas,” said Yousef Munayyer, executive director of the U.S. Campaign for Palestinian Rights. “And that includes this anti-BDS legislation, which says that they’re not going work with anybody who boycotts Israel.”

Texas is not the only state with these kinds of laws on the books. Across the country anti-BDS groups have promoted state and local anti-BDS legislation, despite the fact that state governments and municipalities traditionally do not play any significant role in U.S. foreign policy.

“There are a lot of states that have either passed some of these bills or are considering them. Munayyer said. “And some of them actually have teeth attached to them and are, like the bills in Kansas and Texas and New York or elsewhere, where it says the state will actually deny services to people who are engaged in BDS efforts.”

In Kansas, the ACLU has brought a case against that state’s anti-BDS law on behalf of Esther Koontz, a math teacher who was selected for a Kansas teaching program but denied her position for supporting her church’s BDS movement.

The movement for state-level anti-BDS legislation comes in the wake of conflict over a U.S. Senate bill that aimed to take similar action against BDS nationwide.

The bill drew intense backlash from civil liberties advocates, forcing at least one progressive lawmaker to withdraw her sponsorship of the bill and others to publicly come out against it.

But anti-BDS advocates have had much better luck at the state level, pressuring law makers on both sides of the aisle.

In the crowded Democratic primary race for Illinois governor, progressive candidate Daniel Biss was forced to drop his running mate Carlos Ramirez-Rosa after Rosa’s support for BDS became an issue.

In an op-ed in the Washington Post supporting his state’s anti-BDS law, New York Governor Andrew Cuomo summed up the position of theses state-level campaigns saying, “If you boycott Israel,” his state will “boycott you.”

In hurricane-struck Dickinson, that philosophy is on full display.