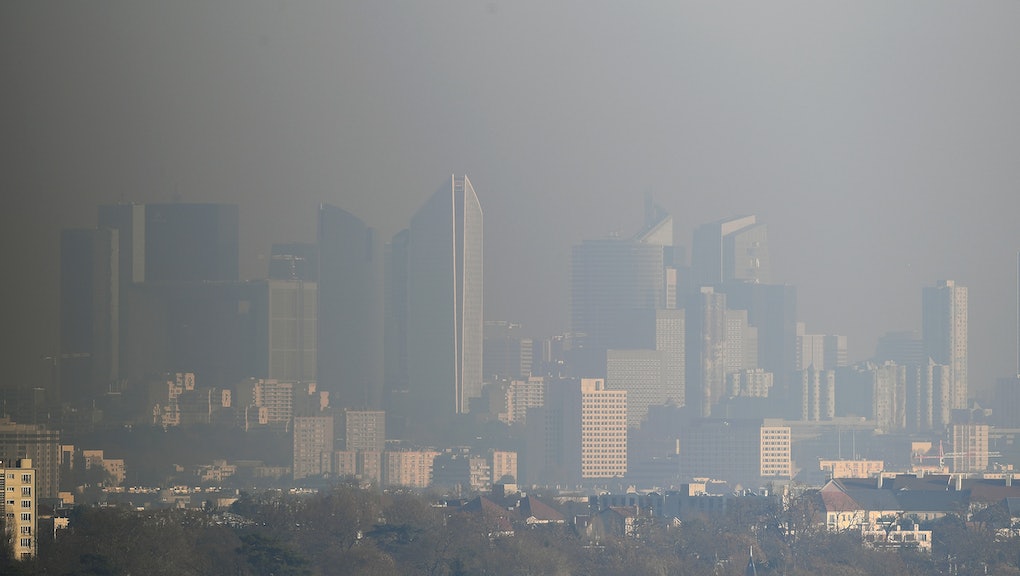 According to new research from the Commission on Pollution and Health, published in the Lancet medical journal on Friday, pollution was responsible for an estimated 9 million premature deaths worldwide in 2015 — three times as many deaths as AIDS, tuberculosis and malaria combined.

Researchers found the deadly impact of pollution disproportionately affected “the poor and the vulnerable,” with 92% of pollution-related deaths occurring in low- and middle-income countries.

Children are especially susceptible, with those exposed to pollutants in-utero and in infancy — even in low doses — experiencing disease, disability and even death as a result of their exposure.

The pollution came from chemicals, pesticides, fossil fuel and coal combustion, mining and deforestation — among other sources.

Many of the commission’s findings were grim: The researchers concluded that pollution is only getting worse in many places, and that tens of thousands of new chemicals created since 1950 are likely causing harm that isn’t yet fully understood.

“There are thousands of chemicals out there and we know that people are exposed to them,” Dr. Philip J. Landrigan, one of the commission’s co-leaders, told CNN on Friday. “We just didn’t know enough about what chemicals are doing to people.”

But there are solutions. The commission called for a switch to cleaner sources of energy and for governments to end subsidies and tax breaks to industries that pollute the environment.

According to the report, countries that enact regulations for clean air and water have seen dramatic improvements in health and lifespans — and the next step is for those countries to continue their efforts and reduce their economies’ reliance on fossil fuels.

But in the United States, President Donald Trump has given little indication his administration will take steps to significantly reduce pollution. In September, White House adviser Gary Cohn confirmed Trump still plans on withdrawing from the landmark Paris climate accord, as initially announced back in June.

In a statement on the repeal effort, the EPA said nullifying the Obama-era policy would “reduce unnecessary regulatory burdens” the CPP put in place, the New York Times reported at the time.