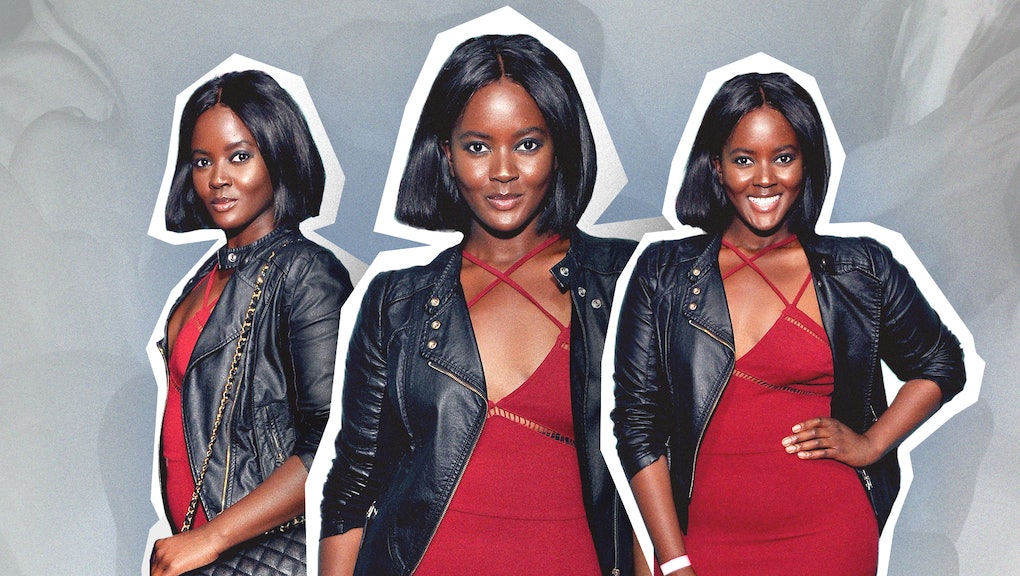 Philomena Kwao on inclusivity: You’re not diverse if you only have one plus-size white model

According to Philomena Kwao, she has Lupita Nyong’o to thank for her career getting off the ground.

First scouted in London in 2012 as she was wrapping up her master’s degree in international health management and policy, Kwao says no one cared about her look as a dark-skinned, short-haired black woman.

“When I first came to New York [in 2013], I didn’t work at all,” Kwao said in an interview with Mic. “I came over as a dark-skinned woman, a plus-size woman and I had my head completely shaved. They weren’t quite sure what brands wanted to do with me. For the commercial plus-size industry, they always wanted a girl next door look, but then I remember Lupita [Nyong’o] became famous and she really, really changed how beauty was perceived. I was here for almost a year before I was booked. Then Lupita came and all of a sudden I was booked.”

Since then, Kwao has been working consistently, landing campaigns with Lane Bryant, Torrid, Fabletics and Target, as well as appearing in an ad for Swimsutis for All that appeared in the 2016 Sports Illustrated swimsuit issue.

“I got so many messages from young, dark-skinned women letting me know that they were so glad a different face of beauty was being shown in this magazine,” Kwao said. “They felt like they had been getting relegated to a certain standard of beauty, and I showed them something different.”

In just a few years, she’s been able to achieve an extraordinary career, but don’t think that she doesn’t still constantly face barriers in the industry. According to Kwao, the industry remains extremely hesitant about women as dark as her, and who are plus size. As Mic reported before, even the plus-size industry has its beauty standards, which Kwao herself doesn’t conform to.

“I think it’s just that the fashion industry can only accept one thing at a time,” Kwao said. “It’s like OK, well if we’re going to add plus, then let’s keep it hourglass and white.”

So how does Kwao think fashion can break this pattern and start to embrace all women of various sizes and skin tones at the same time?

“Everyone needs to realize the responsibility they hold and realize where they can make a difference,” Kwao said. “It’s on the agent’s side, getting more darker-skinned girls in. A brand will say, ‘We should use a black plus-size model’ but then use one with a Rihanna or Beyoncé skin tone. They don’t pay attention to the tonal differences. It’s recognizing the nuances in the bigger, wider scheme of things. You can’t say you’re inclusive when you only have one plus-size, hourglass white model.”

“You can’t say you’re inclusive when you only have one plus-size, hourglass white model.”

Kwao has seen firsthand the effects of fashion still widely favoring white models, particularly when she’s getting her hair and makeup done for a photoshoot. In 2016, she appeared in a video with model legend Iman, and shared that she felt as though makeup artists are “almost afraid” to touch her. One year later, and the problem persists with makeup artists being unfamiliar and uncomfortable with darker skin tones.

“I actually carry around hair and makeup kits everywhere I go,” Kwao said. “I recently met a makeup artist who told me that she hadn’t touched dark skin in five years. I’m learning that it’s hard to assign blame to one person. It’s communication on all fronts. It’s on the producers or clients to let [the makeup artist] know there’s a dark-skinned model. There’s also no excuse, because you should have those tools in your arsenal. It’s on the casting director. It’s on everyone.”

Even with these problems still in Kwao’s way, she insists that the industry has changed and improved, largely thanks to social media.

“A lot of things have happened for the better. Because of social media, it’s bridged the gap between the advertisers and fashion and allowed people to find their group,” Kwao said. “It really widens what people are viewing and allows brands to see what the public wants to see. The models are more vocal. The consumers are more vocal, and the brands have to listen. It’s widened choice. Now consumers have so much choice that as a brand, if you fail to diversify or include different people in your advertising, you will fail. It’s so beautiful and so powerful.”

“If you fail to diversify or include different people in your advertising, you will fail.”

With years of collaborating with major fashion brands, what Kwao sees in her modeling future now is a beauty campaign. Having worked with Chromat’s collaboration with MAC cosmetics, she’s got the experience, and knows exactly what it would mean for a plus-size, dark-skinned woman to advertise makeup.

“Once I’ve done a beauty campaign then I feel like I’ve made it,” Kwao said. “It’s so, so rare to even see a plus-size woman in a beauty campaign, and to bring in darker skin is just so vital right now. I’d really love add another layer to what beauty is.”