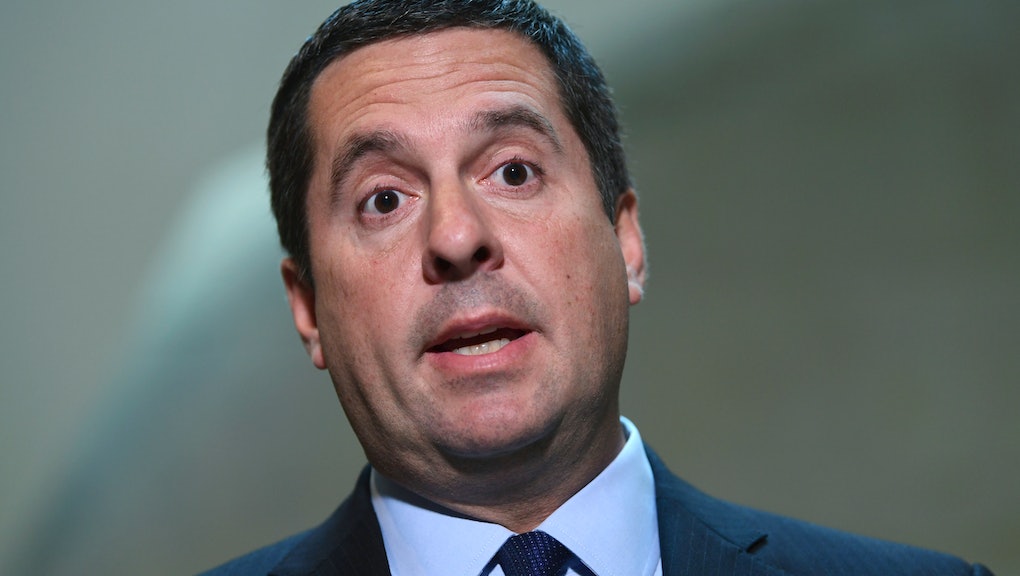 Rep. Devin Nunes (R-Calif.) — who in April was forced to remove himself from the House Intelligence Committee probe into the Kremlin’s attempted election interference over alleged ethical violations — announced Tuesday that he is launching an investigation into “Russia’s involvement” in an Obama-era uranium deal involving Hillary Clinton.

“This is just the beginning of this probe,” Nunes told reporters. “We’re not going to jump to any conclusions at this time.”

According to Nunes, the investigation will focus on whether the FBI or Department of Justice investigated the deal — and why Congress wasn’t informed, if any probes were conducted.

What was the uranium deal?

The deal in question involved a wealthy Clinton Foundation donor named Frank Giustra, who sold his uranium-mining company, UrAsia, to Uranium One in 2007, according to Politifact.

In 2010, Rosatom, Russia’s state-owned nuclear energy company, looked to acquire a majority stake in Uranium One after buying a 17% share in the company a year earlier. The 2010 deal required approval from the Committee on Foreign Investment in the United States — which included input from the State Department, then overseen by Secretary of State Hillary Clinton.

By 2013, Rosatom had acquired 100% of Uranium One, giving the Kremlin control of about 20% of U.S. uranium production capacity, Politifact reported.

President Donald Trump repeatedly attacked Clinton over the deal during the 2016 campaign, suggesting the Clinton Foundation was paid so that the Department of State would approve the deal.

But a state department official said at the time she “never intervened” in the committee review and the Clinton campaign said that she did not participate in the deal’s approval.

The line of attack was renewed recently after the Hill reported that the FBI had found “substantial evidence” that Russian officials engaged in “bribery, kickbacks, extortion and money laundering designed to grow Vladimir Putin’s atomic energy business inside the United States” before the Obama administration gave the deal the go-ahead.

The report — which Clinton has denounced as “baloney” — has become a Republican talking point of late, with Trump on Thursday calling the deal “the biggest story that Fake Media doesn’t want to follow!”

Nunes announced his new probe days after Fusion GPS — the firm behind the explosive Steele dossier — accused him of going back on his April decision to step away from the Russia investigation.

He had “temporarily” removed himself from matters relating to the Russia investigation amid Democrats’ allegations that he’d broken ethics rules in his panel’s Russia probe.

But Fusion said he has been effectively conducting a shadow investigation, and had subpoenaed the firm’s bank for its financial records — a “blatant attempt to chill both speech with which Mr. Nunes disagrees and the free association of Americans working on a campaign against Donald Trump,” the group argued in a court filing Friday.

In response to a question Tuesday about his recusal, Nunes said, “You look like a guy that knows how to read, so I’d go back and read the statement I said at the time.”

In launching this new investigation, Nunes is adding congressional muscle to a right-wing narrative that has cast Clinton as cozying up to Russia.

Critics immediately dismissed Nunes’ announcement as an attempt to distract from the rapidly intensifying investigations into the president’s ties to Russia and questions about potential collusion between the Kremlin and his campaign.