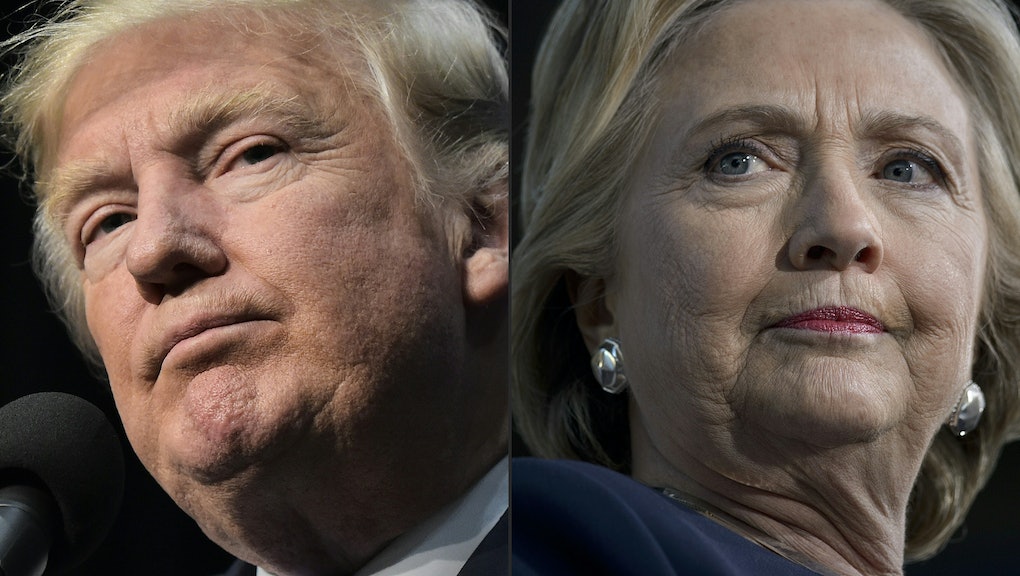 The Post’s revelations sparked outrage from those on the right, with Trump painting himself as a “victim” Wednesday morning on Twitter and White House press secretary Sarah Huckabee Sanders describing the report as “the real Russia scandal.”

“Isn’t it amazing how unapologetic they are?” conservative commentator Tomi Lahren said on Fox News about the report. “I want the Clinton campaign, Hillary Clinton, the DNC to finally be held accountable.”

But the revelations aren’t necessarily as shocking as the right would have people believe. Rather than knowingly and maliciously targeting Trump by directly commissioning former British spy Christopher Steele, the campaign was rather engaging in campaign opposition research — a common practice on both sides of the aisle.

Rather than funding the Steele dossier directly, the Clinton campaign and DNC — through lawyer Marc Elias — retained research firm Fusion GPS, who then contracted Steele as part of their research into Trump’s Russian interests.

In retaining Fusion GPS, the Democrats were engaging in opposition research, a practice that is “essential to political campaigns,” Democratic communications consultant Tracy Sefl wrote in the Post in July.

The research is undertaken by both Republicans and Democrats — even Fusion GPS’s investigation into Trump. Before the firm was retained by the Democrats, the Washington Post investigation and earlier reports on the dossier confirmed, the firm was first commissioned by an unnamed Republican client critical of Trump during the Republican primary. The early reports confirmed that the firm’s research was subsequently financed by Democrats, though it was not specified to be Clinton or the DNC specifically — although it was speculated that was the case.

Fusion GPS first commissioned Steele after the Democrats began financing the firm, the Post noted. The Republican National Committee failed to include the Republicans’ initial involvement with Fusion GPS in their internal distribution of the Post’s report, Wall Street Journal reporter Byron Tau reported on Twitter.

“[Trump Jr.’s meeting] was [with] a country that is out there to undermine our interests on the world stage,” Miller said on PBS. “It’s so far beyond the pale, that it’s kind of almost silly to compare it to some of these other gray area opposition research efforts, because there is nothing gray about it.”

Trump Jr. taking the meeting, Sefl agreed in the Post, “would never have happened in any campaign I’ve worked on — two other presidential campaigns, as well as two gubernatorial races — or any of the best ones I’ve worked against. You don’t have to have years of political experience to reject such a meeting — just common sense.”

What the Democrats knew

Though Huckabee Sanders accused the Democrats of lying about their involvement with the dossier and “covering it up,” the Post’s report also makes it clear that while they did retain Fusion GPS, the Clinton campaign and DNC were reportedly unaware of the firm’s work with Steele.

Though the Post noted that Elias, who works for the law firm Perkins Coie, was given Steele’s reports, a source close to the campaign maintains that the campaign itself was unaware of Fusion GPS’s role in the opposition research they were funding, let alone their work with Steele.

“[Chairman] Tom Perez and the new leadership of the DNC were not involved in any decision making regarding Fusion GPS, nor were they aware that Perkins Coie was working with the organization,” a spokeswoman for the DNC told the Post.

Former Clinton campaign spokesman Brian Fallon, similarly, told the Post that “the first I learned of Christopher Steele or saw any dossier was after the election.”

“But if I had gotten handed it last fall, I would have had no problem passing it along and urging reporters to look into it. Opposition research happens on every campaign, and here you had probably the most shadowy guy ever running for president, and the FBI certainly has seen fit to look into it. I probably would have volunteered to go to Europe myself to try and verify if it would have helped get more of this out there before the election,” Fallon continued.

Initial reports about the dossier have also confirmed that the Democrats were likely not involved in passing Steele’s findings onto the FBI. Mother Jones reported in October 2016 that Steele passed his report to a contact at the FBI himself without Fusion GPS’s knowledge, after he concluded that his discoveries were “sufficiently serious.” Sen. John McCain also reportedly passed on the dossier to former FBI director James Comey, the Guardian reported in January.

In the wake of the Post’s report, Trump’s allies are pointing to the Democrats’ involvement with Fusion GPS to suggest the campaign was “complicit” in spreading lies about Trump and his alleged Russian ties.

“All of this makes the Clinton campaign and the DNC tonight complicit in spreading Russian propaganda and Russian lies about then-candidate Donald Trump. Now, if they are spreading this Russian propaganda, they’ve been lying to you, the American people, using phony Russian sources. And this lie has gone on for over a year,” Fox News anchor Sean Hannity said about the report.

Many of the dossier’s claims do remain unverified — including its most salacious claims about Trump’s involvement with Russian sex workers — and Steele has said himself that some of his findings require further investigation.

But the dossier isn’t necessarily the collection of lies that the right claims. Some of the report’s information has been verified by the FBI, while James Comey’s inability to publicly discuss the dossier during his testimony before the Senate Intelligence Committee is speculated to suggest the dossier’s veracity.

“On several occasions in his testimony, [Comey] has said, ‘I could not answer that in an open session,’ indicating that there’s quite a bit more that he knows, of a classified nature, that he can’t discuss,” Claire Finkelstein, a professor at the University of Pennsylvania’s law school, told Business Insider.

“It is my expectation that the details of that dossier will be confirmed through the investigation of Mr. Mueller,” Finkelstein added.

“The involvement of Russian intelligence with members of Trump’s entourage, and with Trump at the very least through financial ‘hooks,’ is glaring for a professional intelligence officer,” Carle said.