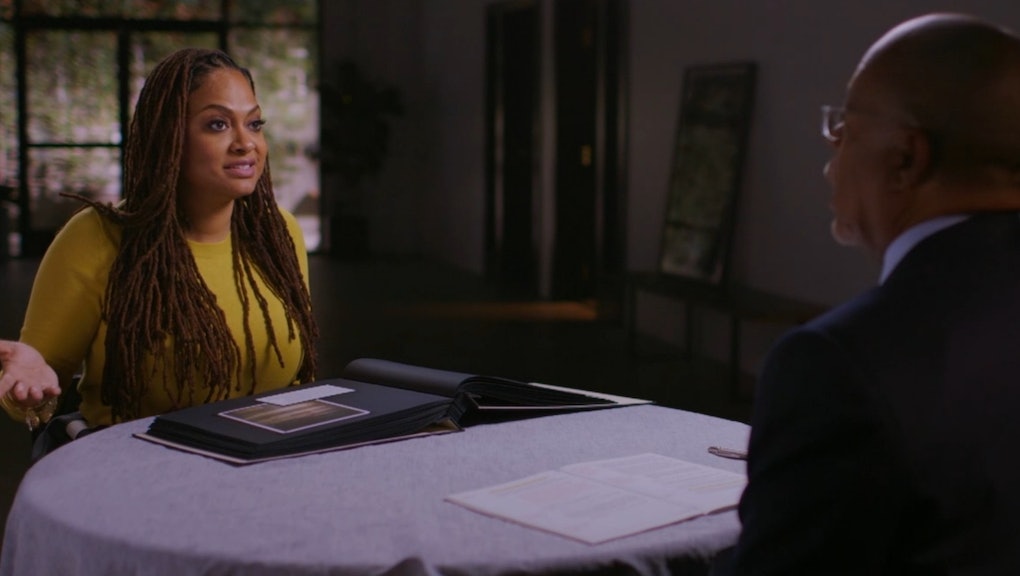 On Tuesday night’s episode of Finding Your Roots with Henry Louis Gates Jr., director Ava DuVernay was shocked to learn her fifth great-grandfather, Henry, was a white slave owner in Haiti. When it was time for DuVernay, who was initially perplexed by the details of her ancestry, to find out about her ethnicity, she shouted in relief.

“I’m black!” she yelled out, throwing her hands in the air. DuVernay is 57.3% African and 41.5% European, according to DNA results provided by Gates.

DuVernay’s ancestors fled Haiti during the Haitian Revolution and eventually settled in New Orleans. Her fourth great-grandmother was listed in public records as a “freed mulatto woman.”

“The truth of us is complicated. All of us,” DuVernay said. “I had had a whole narrative in my head of like, it doesn’t matter, it’s how I identify. It’s how I’m seen in the world, it’s how I — you know, I did the whole thing. But I literally just felt like my heart just burst cause it does make a difference.”

For Mock, sitting down with Gates answered some questions about her own multiracial background. Now she has even more after discovering her father descended from African slaves in Louisiana, and that one of her great-grandfathers was a field worker in Hawaii.

“I say that I am a black trans woman, but I think that I need to complicate that even more,” Mock said. “To ensure that I’m as exacting in saying I’m a native, Hawaiian, black trans woman.”

Coates also realized new details about his family history. His father was a descendant of enslaved black people in Virginia. But the writer was amazed to learn that on his mother’s side, he was related to a freed black woman named Harriet, who inherited land from her slave master.

The historical narrative for African-Americans is often peddled as a singular one: They descend from enslaved black people brought over on ships during the trans-Atlantic slave trade. But this latest episode of Finding Your Roots reminds us that the history of each individual, even those of African descent, are filled with many unique complexities — and that no one’s story is exactly the same.